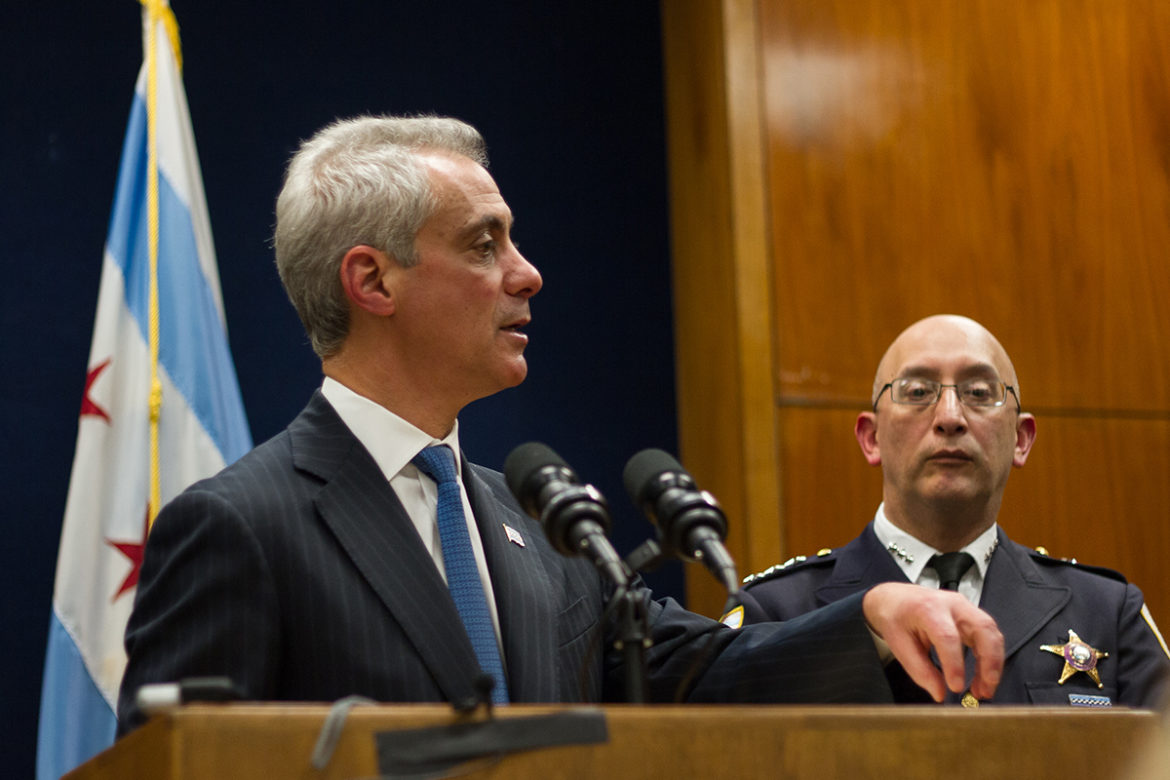 Mayor Rahm Emanuel faces what may well be the central crisis of his administration in the continuing outrage over the police killing of Laquan McDonald.

It’s an outrage decades in the making, with McDonald’s killing emblematic of hundreds of black men killed by Chicago police officers, until now with apparent impunity. Beneath it lies the growing recognition that the system to hold police accountable for misconduct and excessive force is “designed to fail,” to protect bad cops from the consequences of their misdeeds.

It’s a moment when the city cries out for real leadership. Instead, so far Emanuel has engaged in damage control and covering his own rear end.

The op-ed Emanuel published in the Chicago Sun-Times and Chicago Tribune on Sunday focuses on rebutting the charge that the video of McDonald’s shooting was withheld because of the threat it posed to Emanuel’s election.

On that point, the mayor is not quite convincing. He emphasizes that the family approached the city seeking a settlement. He does not explain which party insisted on barring the release of the video; now the city is refusing to release the settlement files in the case to the Inspector General’s office.

He emphasizes the need to protect prosecutors’ investigation into the shooting, though in ordering the video released last month, a Circuit Court judge ruled that there was no investigatory reason to keep it under wraps. (There’s also no good reason the inquiry by the Independent Police Review Authority had to wait for federal and state investigations to conclude.)

Emanuel acknowledges that the shooting represents a systemic failure, and he’s promised “a historic set of reforms that prevents abuses, promotes transparency and rebuilds the confidence of all Chicagoans that they are being treated fairly [by police].”

He’s appointed a commission to report on police accountability, and after first opposing it, he’s embraced a federal investigation into the patterns and practices of the Chicago Police Department.

But these will take months to unfold. After 14 months of stalling on the Laquan McDonald investigation, further delay feels too much like further diversion and avoidance. The situation calls for forthright action, for honesty and leadership.

Before launching yet another commission of inquiry, Emanuel should review the most recent effort, a study of “Preventing and Disciplining Police Misconduct” commissioned by the city and completed just one year ago by a team headed by former federal prosecutor Ron Safer. And Emanuel should consider embracing a key recommendation of that study with a clear statement that the Chicago Police Department’s code of silence will no longer be tolerated.

“By putting police on notice that any officer who intentionally deceives investigators, or who deliberately withholds information from them, to cover up for a fellow officer runs the risk of sacrificing his job, we believe that officers would be incentivized to be forthcoming during misconduct investigations, rather than hide behind an actual or perceived ‘code of silence,’” Safer and team wrote.

Recent analyses of police reports following the McDonald killing – added on to official department statements to the media following the shooting – provide yet one more case study of the code of silence in action.

The video of McDonald’s shooting is certainly upsetting, but the outrage it has sparked also reflects the knowledge that without that video, McDonald’s murder would have been just one more police crime papered over by an “accountability” system that embodies the code of silence.

There’s one more issue Emanuel has not addressed, and it’s fundamental: racism.

The Chicago Police Department is not a uniquely racist institution, Futterman says, it’s an institution embedded in a racist society. Racial injustice is evident in every area, from education to employment to the environment.

But in law enforcement, racial inequity “has the most dire consequences,” he said. “And we do know that young black men are stopped more often, frisked more often, arrested and jailed more often, and that they are subject to deadly force far more often.”

The reason “black lives matter” has become a rallying cry is that for so many years, police departments in Chicago and across the country have acted like that wasn’t the case.

If he aspires to lead us forward from this recent tragedy, Emanuel needs to acknowledge this tragic (and ongoing) history. He needs to acknowledge the history and continuing existence of racial injustice in the way we police communities in Chicago. Many of his constituents are waiting to hear someone in his position say that “black lives matter.” And he needs to commit to translating those words into action, regardless of the consequences for his political career.