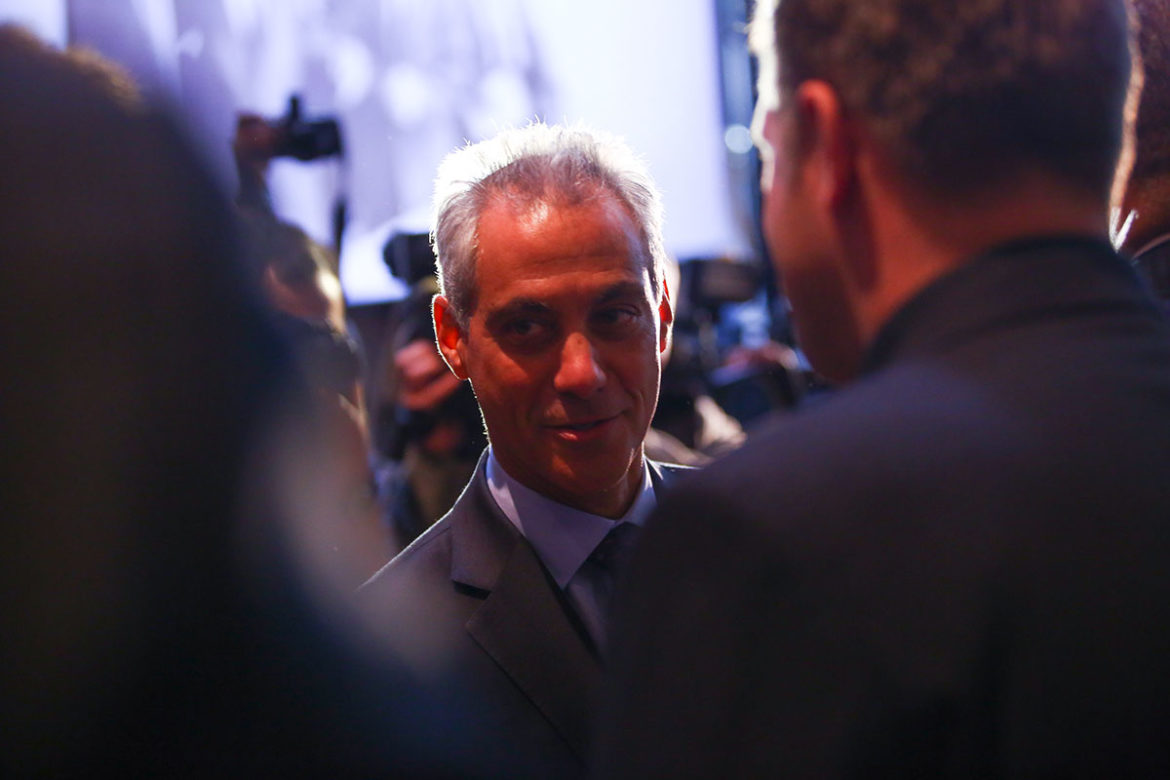 Most lame ducks stick to ceremonial duties and help prepare a transition for their successor.

Not Rahm Emanuel. He’s ramped up efforts to push his agenda – not so much to secure his legacy, it seems, as to get deals done and, in some cases, to reward his supporters.

His potential successors are starting to notice that Emanuel is making major decisions that they will have to live with. Mayoral candidates have called for postponing action on a new police academy and the closing of the National Teachers’ Academy (which is also being challenged in court). The Better Government Association, meanwhile, has called for a pause on Emanuel’s deal with his billionaire donor Elon Musk to build a high-speed rail to O’Hare.

Likely the most expensive move by the mayor involves $1.7 billion he’s proposed committing to four new tax increment financing districts. For some reason, Emanuel thinks it’s a good idea to tie up this property tax revenue for the next generation just two years before the city has to find an additional $1 billion in annual pension payments.

The biggest new TIF proposal would provide $800 million in financing to support a $5 billion development called Lincoln Yards, along the Chicago River from North Avenue to Webster. Developer Sterling Bay Co. is planning up to 5,000 units of mainly luxury housing – in high-rises up to 50 stories high – along with a huge new retail section, up to five entertainment venues run by Live Nation (where Emanuel’s brother is a board member) and a 20,000-seat stadium for a new soccer team owned by Tom Ricketts.

The development is the final nail in the coffin of the successful industrial retention policy pioneered at the North Branch Industrial Corridor by Mayor Harold Washington and carried through by his successor, Richard M. Daley.

“We need to drop the trickle-down development model and invest in the things Chicagoans actually need to keep our communities safe and thriving.” – Amisha Patel, Grassroots Collaborative

The labor-community coalition Grassroots Collaborative came out against a TIF subsidy for Lincoln Yards in August, arguing it’s an inappropriate use of public dollars.  “We are not going to stop the city’s violence and the displacement of Chicago’s black community by building new soccer stadiums and luxury condos,” said Amisha Patel, the group’s executive director. “Instead of continuing Emanuel’s failed economic policies, we need to drop the trickle-down development model and invest in the things Chicagoans actually need to keep our communities safe and thriving.”

But Lincoln Yard’s TIF district has been tailored to run exclusively in the 2nd Ward, and Ald. Brian Hopkins is an enthusiastic supporter, though recently he’s had to acknowledge growing neighborhood concerns about the development.  The Community Development Commission, appointed by the mayor, is expected to approve the TIF next month, and Emanuel is planning a City Council vote in April – one month before a new mayor and council take office.

Under informal aldermanic prerogative, the council generally approves TIFs supported by a ward’s alderman, but several neighboring council members have raised concerns and called for greater scrutiny of this proposal. Ald. Michele Smith, 43rd Ward, has cited concerns over the project’s density, the lack of detail about the developer’s plan, and its questionable public benefit, saying, “this process must not be rushed.”  Ald. Carlos Ramirez-Rosa, 35th Ward, has called for delaying action on the TIF until a new mayor is in office.

Ald. Scott Waguespack, 32nd Ward, who formerly represented much of the North Branch district, said that “this TIF affects more than just one ward, it affects the entire city,” and it “reinforces racial and economic segregation” by continuing to divert city resources away from under-invested communities.

“This area just can’t handle that number of people, and no amount of transportation improvements can change that,” Waguespack said.

And particularly since Chicago is losing population, he said, it makes no sense to subsidize new residential and retail development – at such great cost – in a part of the city that has no lack of it. “The only way to understand this is as a profit grab,” he said.

The limited parks that have been proposed by the developer will be privately owned, and the city and developer have “refused to have a conversation about the need for new schools” to accommodate new families, he said.

Waguespack thinks the people now running for mayor should be speaking out against this deal. “Eight hundred million dollars is a lot of money,” and “that’s money that won’t be going into the corporate fund, where it could help pay for pensions.”  That means higher property taxes for Chicago residents and businesses.

Those candidates could also tap into growing opposition among neighbors to the proposed development, he said.

As for Mayor Emanuel, “he’s failed, he’s walking out the door, and on the way out he decides he wants to pad these [developers’] pocketbook,” he said. “Maybe a new mayor will actually reform TIF, rather than doubling down on it, like Rahm has done.”