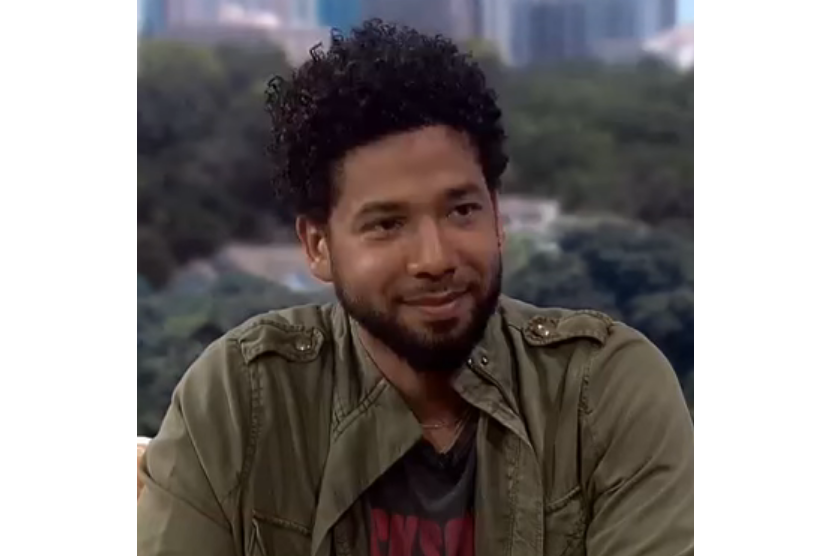 Around 2 a.m. Tuesday, the 36-year-old actor Jussie Smollett was walking in the 300 block of E. North Lower Water Street when two men assaulted him after yelling racist and homophobic remarks. During the assault, the men wrapped a noose around the actor’s neck and poured a chemical on him, police said in a statement Tuesday.

While the Chicago Police Department said it’s taking the matter ”very seriously” and investigating it as a hate crime, they were not able to provide a description of the attackers who currently remain at large.

According to TMZ, the two attackers were both “white men and wearing ski masks” and among other derogatory statements screamed “this is MAGA Country.” Multiple outlets are also reporting Smollett received racist and homophobic hate mail prior to the attack.

The FBI Chicago Field Office, which would be investigating those incidents, had no comment on the matter.

The incident could be a test for CPD and its ability to properly investigate hate crimes. According to a U.S. Department of Justice’s 2017 report, CPD does not have sufficient resources for investigating hate crimes.

The police department’s civil rights unit, which is tasked with investigating potential hate crimes, had just two investigators at the time of the report, compared with the New York Police Department’s hate crimes task force, which has 26 officers and two civilians. The DOJ recommended that the department provide better training to supervisors, detectives and officers on identifying and reporting hate crimes.

The Chicago Police Department’s own numbers around hate crimes, which it calls “bias-related offenses” in its 2017 annual report, show that most of the hate crimes it investigates are when white men are listed as the victim.

During 2016 and 2017, CPD reported 132 hate crimes with race or ethnicity listed as the factor in nearly half of the incidents and another 38 percent based on religion.