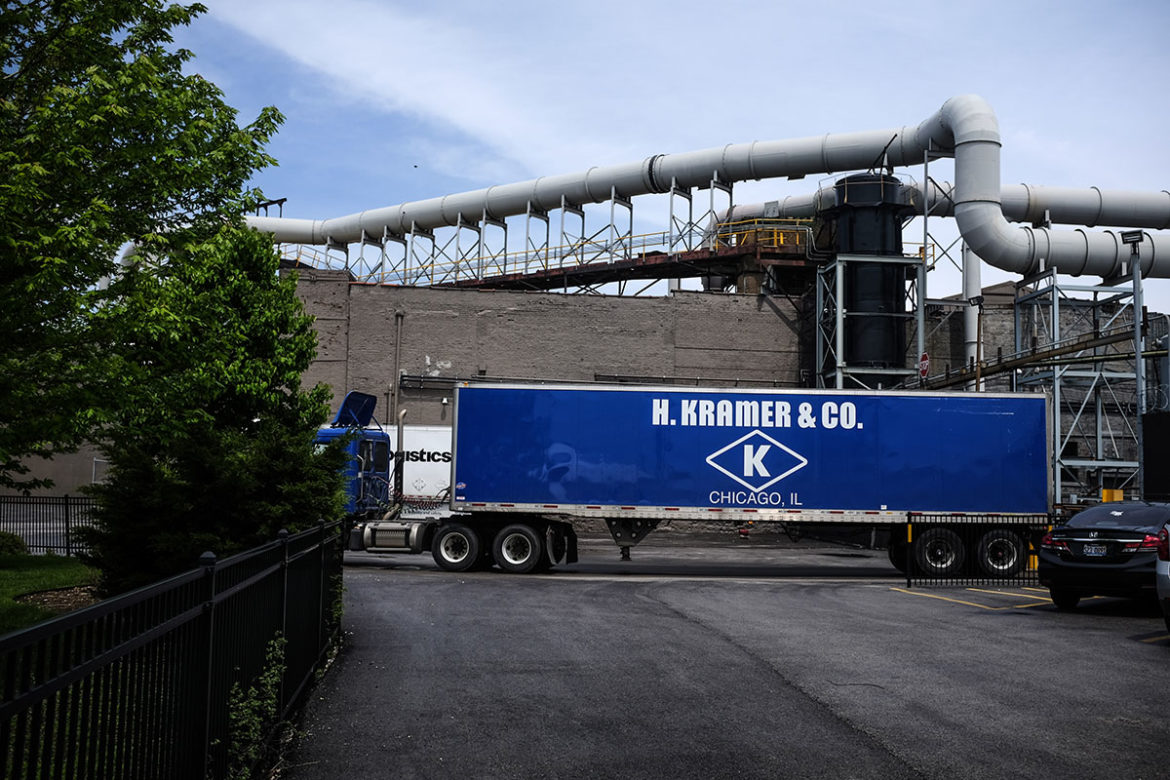 The H. Kramer & Co. metal smelting facility in Pilsen is one of 116 hazardous waste areas in Chicago classified as Superfund sites, which pose environmental and health risks to nearby residents.

When it comes to exposure to hazardous waste, Chicago is a tale of two cities divided by color and income.

On the South Side, neighborhoods like Roseland, Englewood, and Riverdale are over 95 percent black. Across the Windy City, fewer than one in five households live below the poverty line, but eight of nine communities on the West Side – many of which contain Superfund sites – exceed that level. The concentration of toxic risk suggests that Chicago continues to fail to live up to a fundamental principle of environmental justice: a person’s race or income level should not increase their likelihood of living near hazardous waste. With more than half of the city’s Superfund sites on the South Side and more than a third on the West Side, maybe this injustice can be best addressed if we call it by its true name: environmental racism.

Disarray within Environmental Protection Agency’s leadership has drawn attention away from the urgent threat facing Chicago neighborhoods. There are 116 hazardous waste areas in Chicago classified as Superfund sites, 100 of which are on the city’s South or West sides. To cite but one example, the H. Kramer & Co. metal smelting facility in Pilsen has emitted airborne lead for decades, much of which settled in backyards and near a public high school.

A recent EPA policy shift favoring private redevelopment (led by former Superfund head Albert Kelly’s Superfund Task Force) may do more harm than good. In January, EPA published an incomplete list of Superfund sites with significant “redevelopment and commercial potential” based on factors like outside interest and land values. The EPA has also indicated a willingness to “work with developers,” perhaps even after sites are cleaned up. This sudden, proactive emphasis on private redevelopment screams gentrification. Whether the EPA can work with outside developers (whose primary interest is profit) while honoring its obligation to prevent community displacement is an open question. No matter the answer, the EPA has wrongly assumed that outside redevelopment is uniformly in the best interest of communities containing these hazardous sites.

Even though the task force recommendations suggest that the EPA publicize contaminant information and meet with community organizations, it nowhere specifies that communities should have a say in whether private redevelopment occurs. Moreover, even the allegedly community-oriented recommendations focus on redevelopment issues like securing private investment and market analysis. The director of EPA’s Office of Site Remediation Enforcement noted an “uptick in interest” a few weeks ago from third parties looking to acquire and redevelop Superfund sites.

A fresh approach to the Superfund program is needed, one that includes real community involvement. La Villita Park, a former Superfund site and industrial complex in Little Village was purchased by the Chicago Park District after intense advocacy from the Little Village Environmental Justice Organization, a group founded by public school parents. The park district subsequently worked with the community to design a space that includes a large playground, picnic pavilion, basketball courts, and concession stations. The community’s involvement here expedited the remediation process and resulted in the building of the neighborhood’s first public park in 75 years. The sprawling 21 1/2 acre park, whose name recognizes the contributions of Mexican immigrants and Mexican-Americans, is indicative of the possibilities made available through city and community collaboration.

La Villita Park is proof that prioritizing community involvement has tangible benefits in terms of cleanup and redevelopment. South and West Side families who have lived with the consequences of environmental racism for decades are uniquely positioned to dispel misinformation, critique proposed solutions, and point squarely at the real problems that plague their neighborhoods. When ridding communities of toxic waste, there is no such thing as an inconsequential choice. With better information, decision makers will make better choices.

While the EPA is primarily responsible for cleaning up Superfund sites, the city is best-positioned to formalize an inclusive redevelopment process. This can be achieved through the creation of a standing Superfund Redevelopment Community Committee, which empowers South and West Side communities to join the process and choose what is best for them. Unless the Superfund remediation process brings Chicagoans of color to the table to express their needs and desires, they will be further disenfranchised, and families who call these neighborhoods home will likely be displaced. Governmental action devoid of meaningful citizen contribution may make private sector developers happy, but it cannot cure environmental racism.

The City of Big Shoulders has magnificent capacity for solving problems, but the EPA and municipal government cannot adequately address a potential Superfund gentrification crisis without integrating the people most affected. Government works better for the people when it works with the people. Ending environmental racism and ushering in environmental justice requires that we do just that.

Kevin Carlson is a J.D. candidate at the University of Chicago Law School who focuses on Environmental Law and a graduate of East Tennessee State University.