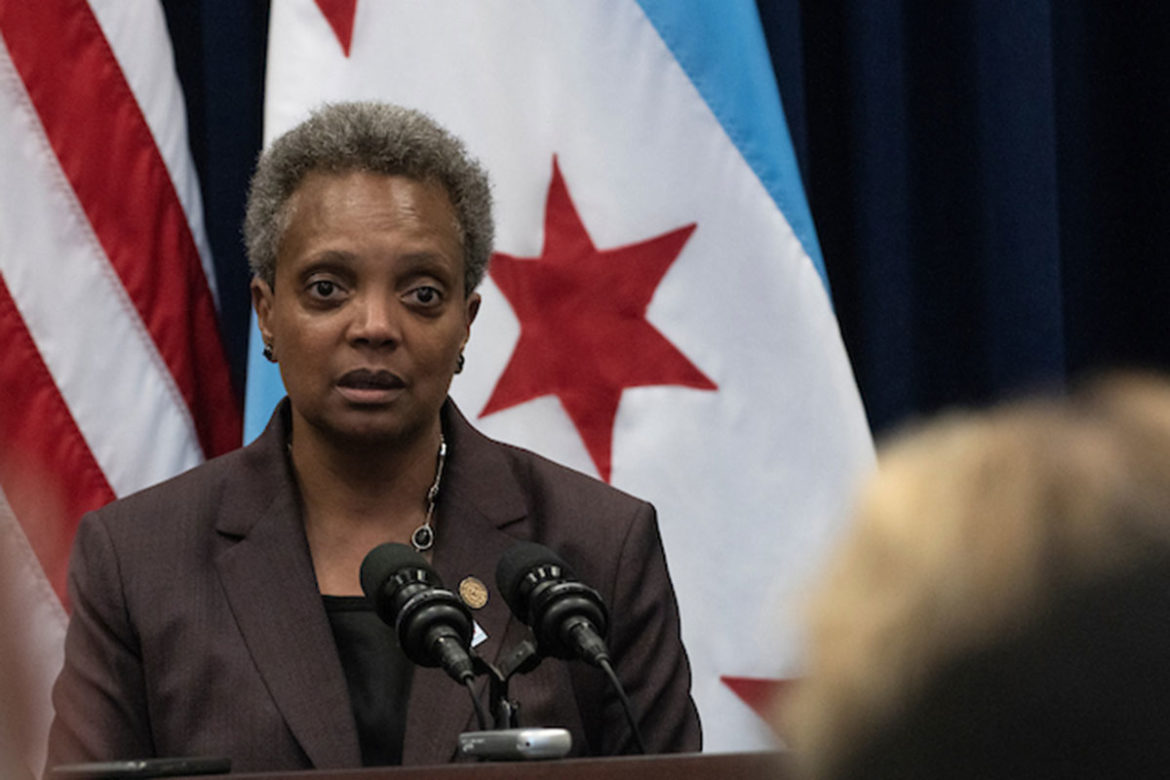 Right now it looks pretty unlikely that the federal government is going to step up with the kind of financial relief that states and cities need in the face of our combined health and economic crisis — perhaps until a new administration is installed next year. And even then, it will take weeks and months to arrive at the local levels where it is so desperately needed.

For the city of Chicago, that means a budget deficit this year of at least $700 million, according to city estimates. And it means next year’s city budget, which must be approved by the City Council this fall, is likely to face a preliminary deficit of $1 billion, according to independent policy analyst Robert Ginsburg, director of the Center on Work and Community Development. For one thing, the new casino that was supposed to help fund the city’s huge pension debt has receded further into the future, and no one knows what tourism — on which the casino would depend — will look like in a post-pandemic world.

Meanwhile, Mayor Lori Lightfoot’s program to invest in South and West Side communities now has the added challenge of trying to dig out of an economic recession.

“Finding new sources of revenue and rethinking government structures are the only way out without big layoffs and service cuts,” Ginsburg writes in his new policy blog, Details Matter.

Ultimately, this will require something like the city-county income tax Ginsburg has previously proposed. In the short term he suggests a graduated payroll tax, a significant refinement on the old idea of a head tax.

The head tax was originally imposed by Mayor Richard J. Daley in 1973, after his proposal for a financial transaction tax was shot down. It varied slightly over time, but before Mayor Rahm Emanuel began phasing it out in 2012, it required companies with over 50 employees to pay $4 a month for each worker. It was a blunt instrument, taxing marginal, relatively small businesses at the same rate as huge corporations, which is one reason progressive Mayor Harold Washington called for its elimination, though financial pressures prevented him from carrying out that pledge.

In recent years some progressive aldermen have called for reimposing the head tax, but at four times its previous level — $16 a month per worker for firms with over 50 employees — turning a blunt instrument into a bludgeon. It’s hard for me to see how such a proposal would align with the goal of attracting jobs, particularly for small businesses that might be considering expansion.

Ginsburg is now suggesting a “tiered business payroll tax” on companies with payrolls over $7 million, applied to salaries over $150,000 a year. He says a tax like the one passed by Seattle last month could bring in at least $150 million a year, while targeting only companies that can afford it.

Seattle passed a head tax in 2018 but repealed it one month later under pressure from Amazon, which has its headquarters in the city. Rates for the new tax begin at 0.7% a year for each employee making $150,000 or more at a company with an annual payroll of $7 million, and increase to 2.4% for employees earning $400,000 or more at companies with at least $1 billion payrolls.

The tax certainly “leaves out the little guy,” said Ginsburg. For companies big enough to qualify, the tax would not be onerous. “It would be a cost of doing business,” he said.

It would also be a step toward addressing the skyrocketing CEO pay and growing corporate tax loopholes of recent decades — an era of socializing risks and privatizing rewards, as Ginsburg puts it — and it would get some return for the city on the high salaries earned downtown by people who pay taxes in the suburbs.

In the spirit of making big corporations pay their fair share, Ginsburg noted the focus on voluntary commitments by Lightfoot and her COVID-19 Recovery Task Force. He urges the city to go further — to use its leverage in granting franchises and contracting for financial services to require utilities to fund energy efficiency projects for homeowners, telecomm franchisees to support a broadband access fund, and banks to step up mortgage lending in underserved communities.

And going beyond Lightfoot’s call for increased corporate internships, Ginsburg suggests using $80 million a year in Tax Increment Financing funds for an expanded summer jobs program. That amount could create 15,000 jobs across the city, he estimates, supporting young people and boosting local economies. Corporations could participate by giving additional money or adding internships to the mix, he said.

Details Matter is a valuable new platform for Ginsburg, who has decades of wide-ranging experience, including serving as interim chief financial officer for Cook County. Among his recurring themes is the need for breaking with outmoded governmental forms, which are “structures that were designed to maximize patronage jobs.” That means coordination of many parallel bodies — the county, the city, transit agencies, schools, park districts — to reduce administrative costs and improve services. A top priority is the coordination of health care and mental health services, where the city, county, and private agencies are all involved, he said.

And for Lightfoot’s INVEST South/West program, it means bringing together agencies and departments handling housing, transportation, and planning with a holistic vision that ensures the effort doesn’t fall into the trap of producing “trophy projects,” but instead actually accomplishes broad community development without displacement.

This may seem like pie in the sky today. But as the multiple crises facing the city and region continue to unfold, I’m betting it will seem increasingly practical and necessary.