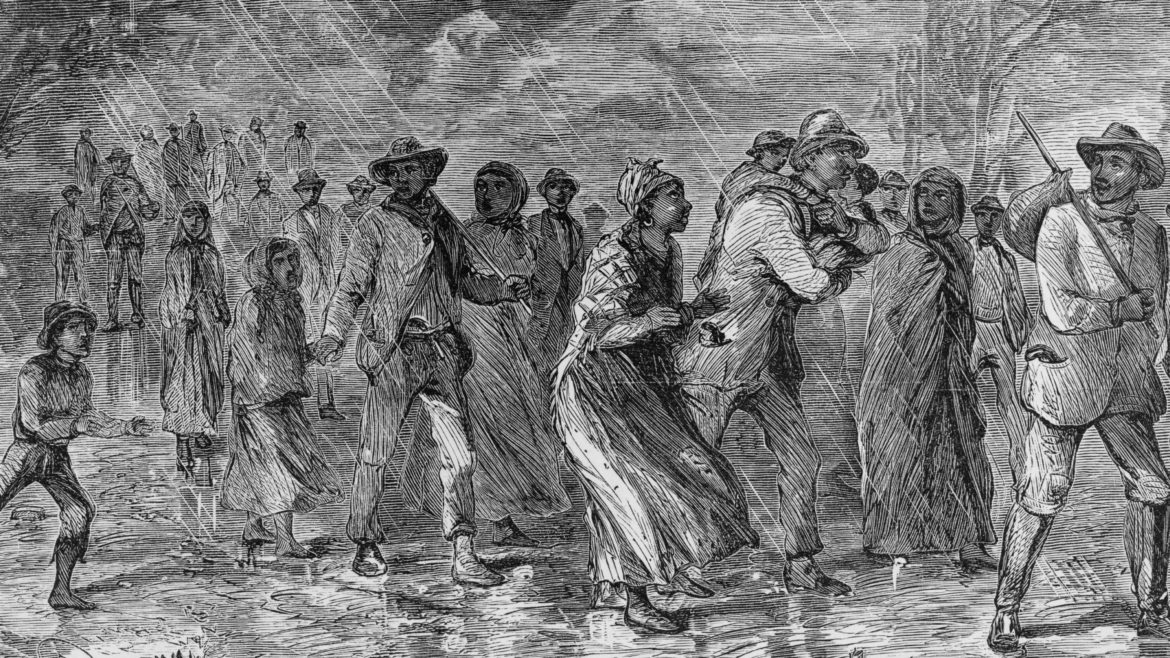 Among free states before the Civil War, Illinois had the longest border with slave states, allowing for a more accessible escape to Canada.

The site of the Jan and Aagje Ton Farm on the far South Side was recently certified as an Underground Railroad station and added to the National Park Service’s Network to Freedom registry.

It’s the second site in Chicago to be added to the registry. Quinn Chapel AME Church, the city’s oldest black congregation, was the first. South of Chicago, Crete Congregational Church and the I & M Canal Headquarters in Lockport are also part of the network.

An announcement celebration will be held at 4 p.m. on Sunday, September 29 at the Historic Pullman Visitor’s Center, 11141 S. Cottage Grove Ave. U.S. Rep. Robin Kelley will deliver the keynote.

The certification resulted from documentation of the Jan Ton Farm’s history done on behalf of landowner Ronald Gaines by retired professor Larry McClellan, who’s been researching and writing about the Underground Railroad in Illinois for four decades.

Among free states before the Civil War, Illinois had the longest border with slave states and it’s estimated that about a tenth of the 40,000 to 50,000 slaves who escaped to Canada came through Northeast Illinois, most of them from Missouri, Kentucky and Tennessee. Some freedom seekers settled in Chicago, though Illinois’s Black Codes restricted African Americans’ right to gather in groups, testify in court or carrying arms. They were also barred from voting and were required to carry certificates of freedom. Many of the Chicago settlers fled to Canada in what has become known as the Great Chicago Exodus, a time of uncertainty in early 1861.

The Ton family leased 40 acres on the Little Calumet River near what is now 134th and St. Lawrence Ave. from George Dolton, an active abolitionist who founded the village of Dolton. Hundreds of freedom seekers were sheltered and fed there, departing toward Canada on a bridge built by Dolton a few blocks to the west.

It was an open secret in the Dutch settlement south of Chicago that Jan Ton and another local, Cornelius Kuyper, ran Underground Railroad stations, but abolitionist sentiment was strong there, McClellan has said. Black and white residents of the south suburbs were involved in the network assisting freedom seekers. They did so despite the 1850 Fugitive Slave Law, which made assistance to refugees a crime.

The farm buildings — a few blocks from where Altgeld Gardens would be built by the Chicago Housing Authority after World War Two — were torn down in the 1930s or ’40s, according to Tom Shepherd of the Little Calumet River Underground Railroad Project. Gaines, a retired Chicago Police sergeant, now operates Chicago’s Finest Marina, the city’s only black-owned marina, on part of the site.

Two miles south of the farm site, the First Reformed Church of South Holland hosts a memorial garden dedicated to the Tons.

He said one goal is to memorialize the site with a historical marker or a pavilion, possibly at nearby Beaubian Woods, which could be a destination for tourists and school groups.

The Little Calumet River Underground Railroad Project is planning tours, educational programs and events to showcase the site, Shepherd said. A tour of the site is scheduled for November 9.

In addition to the Jan Ton Farm, McClellan has listed six more Underground Railroad sites in Chicago and Northeastern Illinois that merit recognition.

Unfortunately, the relevance of this history is striking: we live in a time when, like the early 19th century, the country is bitterly divided and the ideology of white supremacy is represented at the highest levels of government. But also like that time, people are coming together across lines of race and other differences to stand for justice, and when necessary, to defy unjust laws.