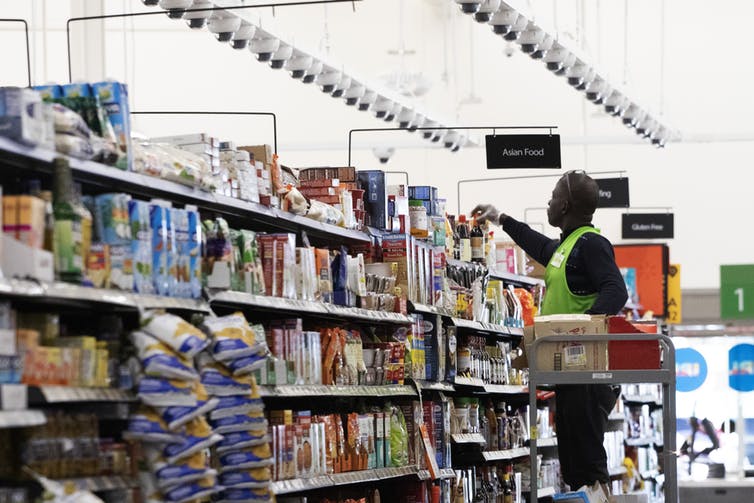 Forty percent of all working-age Americans sometimes struggle to pay their monthly bills.

There is no place in the country where a family supported by one minimum-wage worker with a full-time job can live and afford a 2-bedroom apartment at the average fair-market rent.

Given the pressure to earn enough to make ends meet, you would think that low-paid workers would be clamoring for raises. But this is not always the case.

Because so many American jobs don’t earn enough to pay for food, housing and other basic needs, many low-wage workers rely on public benefits that are only available to people in need, such as housing vouchers and Medicaid, to pay their bills.

Earning a little more money may not automatically increase their standard of living if it boosts their income to the point where they lose access to some or all of those benefits. That’s because the value of those lost benefits may outweigh their income gains.

I have researched this dynamic, which experts often call the “cliff effect,” for years to learn why workers weren’t succeeding at retaining their jobs following job training programs. Chief among the one step forward, two steps back problems the cliff effect causes: Low-paid workers can become reluctant to earn more money due to a fear that they will get worse off instead of better.

“My supervisor wants to promote me,” a woman who gets housing assistance through the federal Section 8 housing voucher program, who I’ll call Josie, told me. “If my pay goes up, my rent will go up too. I don’t know if I’ll be able to afford my apartment,” Josie, a secretary at a Boston hospital, said.

These vouchers are available to Americans facing economic hardship, based on multiple criteria, including their income. Josie was worried that the bump up in pay that she’d get from the promotion would not make up for the loss of help she gets to pay her rent.

Given the possibility of a downside, many Americans in this situation decide it’s better to decline what on the surface looks like a good opportunity to escape poverty.

This uncertainty leads workers like Josie to forgo raises rather than take the risk of getting poorer while working harder. Having to stress out about potentially losing benefits that keep a roof over their heads and food on their table prolongs their own financial instability.

The pain isn’t just personal. Josie’s whole family misses out if she passes on an opportunity to earn more. The government loses a chance to stop using taxpayer dollars to cover benefits to someone who might not otherwise need them. The hospital can’t take full advantage of Josie’s proven talents.

Some low-paid workers do get farther behind when they should be getting ahead following a raise. But getting higher pay doesn’t always make anyone worse off. Whether it does or not depends on a lot of intersecting factors, like the local cost of living, the size of the raise, the size of the family and the benefits the worker receives.

The cliff effect is something social workers see their clients encounter all the time. And it’s maddeningly impossible to figure out for the people experiencing it and researchers like me alike.

Some benefits, notably the Supplemental Nutrition Assistance Program, the nation’s largest program designed to alleviate hunger, do include some incentives for recipients to earn more. SNAP, as today’s version of food stamps is known, tapers its phaseout for eligibility as incomes grow, rather than rendering people ineligible as soon as their pay crosses a single threshold.

But low-wage workers, such as those in food service, hospitality and retail have no way of knowing what to expect if they get SNAP benefits in combination with other government programs, such as housing vouchers and Medicaid.

At the heart of this problem is that the help millions Americans derive from the nation’s safety net comes from a fragmented system. Sorting out the repercussions of a higher income is nearly impossible because the safety net consists of a wide array of benefits programs administered by federal, state and local agencies. Each program and administrator has its own criteria, rules and restrictions.

Because that trepidation is sometimes unfounded, my colleagues at Project Hope Boston, a multi-service agency focused on moving the city’s families up and out of poverty, and I started to do something about it.

To help families assess risks tied to the cliff effect, we advised the Massachusetts Department of Transitional Assistance, which oversees state-administered safety net programs, to create a digital tool. Social workers are already using a preliminary version of it to show low-wage workers what they can probably expect to happen to their benefits if they earn more money. 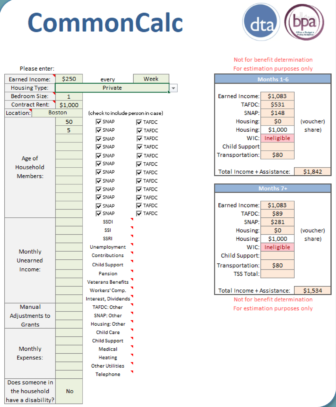 You have to consider a lot of variables to see whether someone will experience the cliff effect.

The Commonwealth of Massachusetts plans to put this tool online for all to use by Summer of 2019.

After plugging information about variables like how many members are in the household, what benefits everyone receives, the costs of their regular expenses like rent, child care and medical bills, they become better able to make informed choices about their career opportunity based on their family’s personal financial situation.

But workers need more than just a tool, they need help getting over the cliff. We also help workforce development programs implement the state’s new Learn to Earn initiative, which gives low-income families the financial coaching they need to make educated decisions that could affect their bottom line.

This problem is becoming increasingly urgent because dozens of states, cities and counties are enforcing higher minimum wages, and employers are voluntarily raising pay as well, including Target and Amazon. Some places, including Massachusetts and the cities of Minneapolis and St. Paul in Minnesota, are even phasing in $15-an-hour minimums.

But the reality is that even after some of the biggest minimum wage increases enacted at the state level lately, many families are not earning enough to pay for housing and other basic needs without help – for which they may no longer qualify. Several states, including Colorado and Florida, are seeking solutions.

This complicated and frustrating challenge is just one symptom of an overarching problem. In addition to boosting wages, it will take major policy changes, like making child care more universally available and affordable, to offset the skyrocketing costs of living for American workers.

Susan R. Crandall is the director of the Center for Social Policy and Clinical Professor of Public Policy at the McCormack Graduate School at the University of Massachusetts Boston. She tweets at @WorkResults.