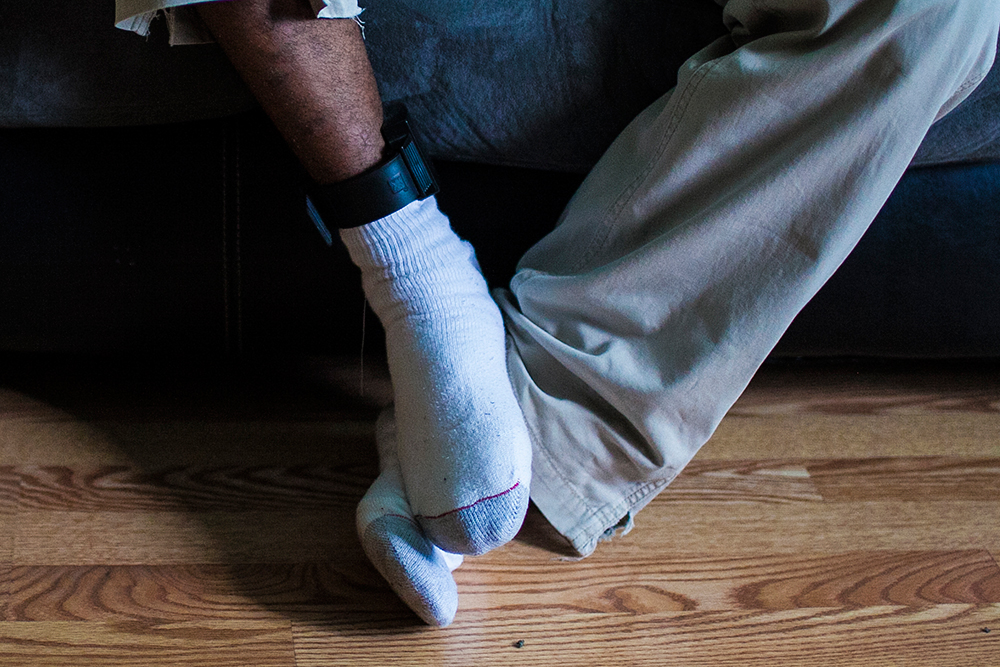 House arrest using electronic ankle bracelets is one of the alternatives to incarceration.

State correctional agencies will have to start reporting publicly on the use of electronic monitoring during parole under a measure passed by the legislature in May.

The bill, which Gov. J.B. Pritzker is expected to sign, passed unanimously following a legislative hearing in which correctional officials couldn’t give basic information about the criteria and results of the program — and after a subsequent official report which raised questions about the program, the Marshall Project reports.

While electronic monitoring with ankle bracelets is required by statute only for the supervised release of prisoners who have committed sex offenses or violent crimes, a report by the Illinois Sentencing Policy Advisory Council found that “the overwhelming majority of people being [assigned electronic monitoring] committed nonviolent offenses, while only half of those who committed crimes requiring a monitor actually get one,” according to the Marshall Project.

The advisory council reported that “implementation challenges” have prevented the Illinois Department of Corrections from providing risk assessment scores for everyone leaving prison, as required by state law. The council also said that requiring monitoring for people at low risk of reoffending could increase recidivism due to technical violations.

At a legislative hearing in February, advocates and former prisoners testified that electronic monitoring often prevents ex-offenders from finding work, getting medical attention, or doing basic errands, according to an Illinois Newsroom report. Parole officers can set very limited periods in which individuals are allowed to leave their homes, and call centers where permission must be obtained for extra trips can be very difficult to reach.

One reentry advocate told of a client being arrested because he was late returning home after a test to get into an alternative school took longer than expected.

State Rep. Carol Ammons has proposed legislation that would strictly limit electronic monitoring after prison sentences have been served. The Challenging E-carceration campaign, based in Champaign-Urbana, has called for eliminated monitoring for people on parole, saying it unfairly restricts freedom of movement, limits employment opportunities and other activities that aid reentry, has not been shown to reduce recidivism, is not applied consistently, and does not save money.

Meanwhile, on the other end of the prison system — pretrial detention — the use of electronic monitoring for individuals awaiting trial is down dramatically in Cook County. According to a report issued in May by Chief Judge Timothy Evans of the Cook County Circuit Court, only 9.8% of bail orders in the 15 months following Evans’ 2017 bond reform order included electronic monitoring. That’s compared to 23.8% in the 15 months prior to the order.

But a lawsuit challenging Cook County Sheriff Tom Dart’s refusal to follow judges’ orders to release some arrestees on electronic monitoring continues to wend its way through the courts. In March, a new lawsuit charged Dart with locking up dozens of defendants because their electronic monitors malfunctioned.