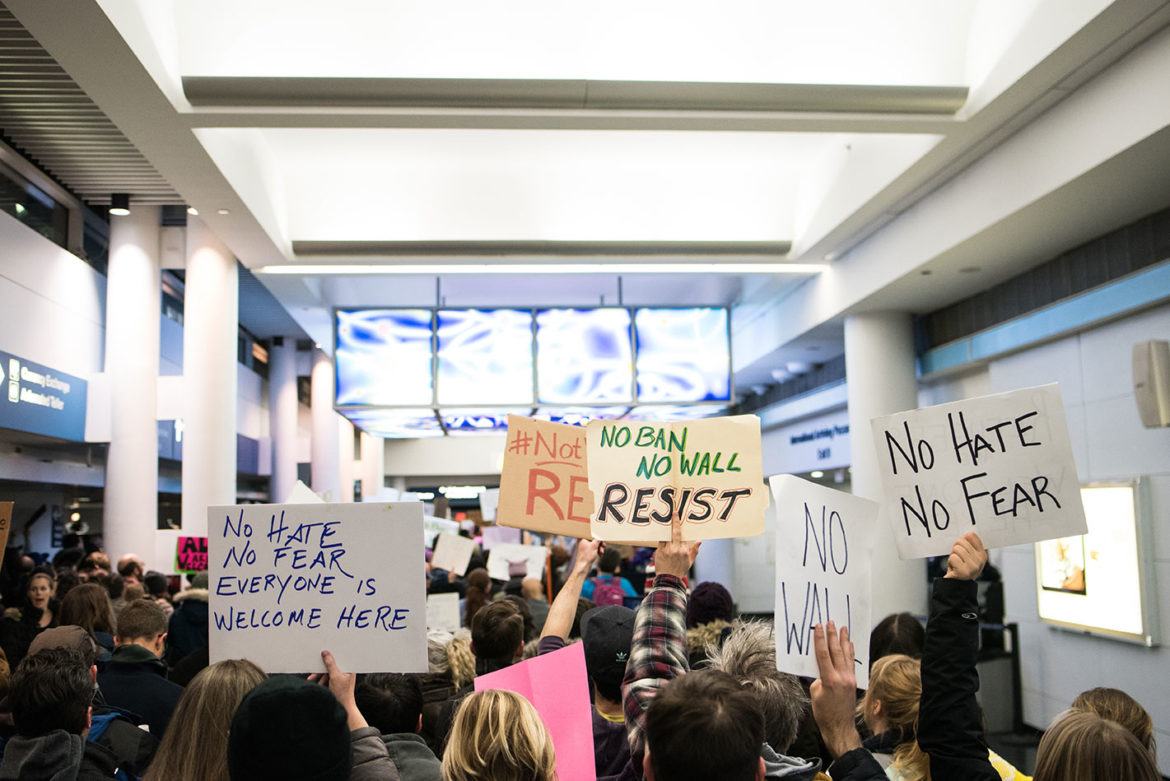 Protestors move inside Terminal 5 at O'Hare International Airport to await the release of travelers held in custody due to President Donald Trump’s ban on immigrants from seven predominantly Muslim countries on Jan. 28, 2017.

Muslim Ban 3.0 is out. I’m very concerned, because I think it’s legal.

I hope I’m wrong. And that doesn’t mean don’t resist. But this ban is different from the two prior ones.

First, the affected countries are Chad, Iran, Libya, North Korea, Somalia, Syria, Venezuela, and Yemen. Each country has their own restrictions, but there will be no new immigrant visas for any of these countries except Venezuela. For other non-immigrant visas, the impact varies.

Second, nationals from the affected countries who are in the U.S. already, or have a visa already, have a green card, or are granted asylee status, or are admitted refugees are not affected by the new ban.

Fourth, the administration is making much ado about how it has created a vetting procedure that is the first of its kind in U.S. history. That’s a load of horse-crap. You don’t put new tires on a car and claim you invented the automobile.

So here’s why I’m worried. Since this whole #MuslimBan saga began–back when President Donald Trump called for a “total and complete shutdown on Muslim immigration” – there has been an unbroken chain of religious animus. Trump himself kept sinking his own travel bans with his ridiculous tweets and posturing. Coupled with incompetence in implementation and crudity in drafting the actual Executive Orders, it was short work for most courts in this country to ban the bans.

While I have no doubt the same religious animus flows into EO-3, this one is different.

A few months ago, the 4th U.S. Circuit Court of Appeals decided to keep EO-2 banned, but it was a fractured decision across 13 judges. The one that worried me the most was Judge Paul V. Niemeyer. He dissented, meaning he would have upheld EO-2, but his reasoning was not unsound. I can see 5 U.S. Supreme Court justices siding with him: His position gave ample reason to not even get to the question of religious animus, and without that, striking the EO as an unconstitutional exercise of Presidential power becomes vastly more difficult.

That means the judicial spotlight remains dim, which increases the likelihood a court will not find a reason to strike down EO-3. Add that to the fact that EO-3 does not suffer from many of the same deficiencies as its predecessors, and you’ve got a recipe for success in keeping it from being overturned.

The courts banning of EO-1 and EO-2 was heartwarming. But a number of things had to go wrong for the administration, in order for those bans to be banned. The law of the land is, and has been, that the president does have sweeping (though not unbridled) authority to ban entry of non-citizens. While that concept has eroded somewhat in recent years, it’s still very solid law.

I hate to say it. But EO-3 is what a legal Muslim ban would look like. Again – I hope I’m wrong.

Resisting EO-3 will look different. Like EO-2, it won’t be fought in the airports, but at consulates. We are going to have to create resources to navigate through the waiver process, backed up with federal court action at the hint of delay. Those with the know-how from the U.S. State Department can weigh in on how to shed light on verifying that the administration did what it said it did: Talked to every country to determine whether vetting procedures were sufficient.

I’m concerned that a legal challenge to EO-3 – if not successful – may either embolden the administration, create bad law, or both.

I welcome anyone who can chime in to tell me how I’ve got this totally wrong and this will get shot down too.

Quick Takes are short opinion pieces on racial and social justice issues of the day. This commentary was originally posted on Facebook.

Hassan Ahmad has been practicing immigration law for 15 years and was among the first on the scene as a volunteer airport lawyer at Washington-Dulles International Airport after the travel ban was implemented in January 2017. He serves on numerous immigrant rights and advocacy groups and was appointed by Gov. Terry McAuliffe to serve on the Virginia Asian Advisory Board. Follow him on Twitter at @HMAesq