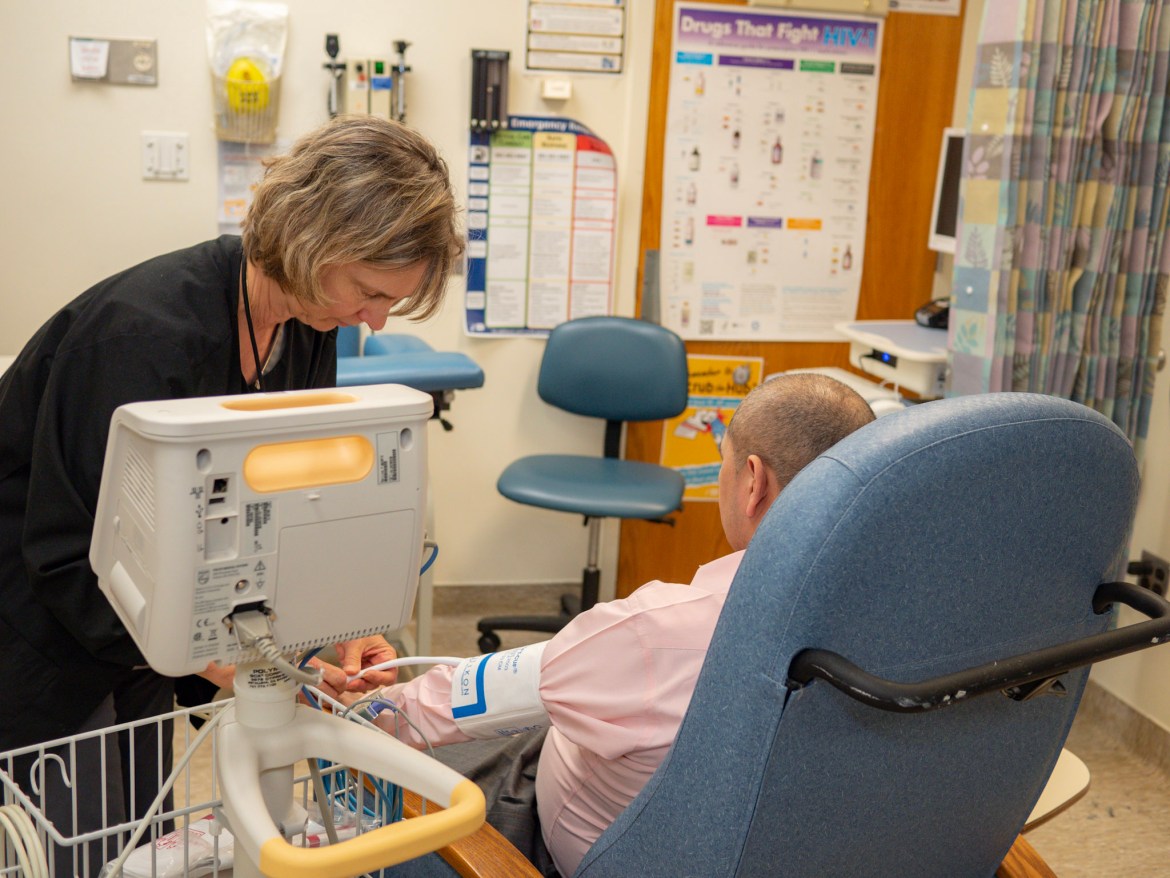 His rent at a modest bedroom in a trailer park was due.

Roberto, 43, had just emigrated to Miami from Cuba and lacked a safety net. Then, an immigrant friend recommended that he take part in a paid clinical trial and mentioned she had been making thousands of dollars through constant participation. The trials had become a well-paid “job,” she said. Roberto said he saw “a light.” It was 2013.

After a 10-day stay at a for-profit small clinic in South Florida where his all-immigrant group was given a pill — he still does not know what kind — he was paid $2,800. He was able to go back to his place, catch up on rent, buy food and save some money for a rainy day.

“I felt relieved. Not because the study had ended, but because I had money,” Roberto said.

The next five years were so busy that his forearms carry the indelible scars of the many needles. Arizona, Texas, Illinois, Wisconsin. Roberto traveled coast to coast to participate in at least seven paid trials a year. During 2014 and half of 2015, those trials were his only source of income: his “full-time job.”

While research shows that many Latinos are reluctant to take part in clinical trials designed to advance treatments of deadly diseases, some are not, supporting themselves by doing so. Unable to afford basic expenses and with little or no education in the U.S. that would help them land well-paid jobs, some have become professional patients.

Some of the subjects engage in trials at major medical centers with strong review boards to make sure subjects aren’t being exploited. However, others participate in trials run by smaller and ever-expanding for-profit medical practices that may not abide by the same ethical standards.

“Today, drug research is an almost completely commercial enterprise” that is not “properly regulated or monitored,” leading to “a recipe for abuse,” Carl Elliott, a physician and professor at the Center for Bioethics at the University of Minnesota, said at a conference a few years ago.

Within one segment of the Hispanic population, Dr. Elliott’s statement seems to fit the reality. Some trial subjects claim to have managed without an apartment for months, due to how frequently they stay at medical practices, how long those stays last and the fact that they have been able to return to those very clinics or different ones after short periods of detoxification.

My investigation for the 2021 National Fellowship intends to uncover the policy issues at play within a field that is crucial for the progress of science but can turn deadly for the least-informed and most vulnerable.

Are all subjects giving informed consent, and are they entirely aware of the implications, given language and cultural barriers? Should the industry allow for subjects to participate in trials so often that the trials become their “jobs”? What is the limit, considering that immigrants undergoing financial and cultural disadvantages have proven willing to risk their wellbeing for an attractive profit?

“Even when I was working three jobs, I had never seen $1,500 altogether,” said Dianelys, a Cuban immigrant who worked for five years as a nurse at the same clinic where Roberto started participating in trials. She was a subject herself before being able to land a job. She took pride in encouraging other fellow immigrants to sign up for trials while she worked at the clinic and said “many of them are thankful” because they were able to afford housing and a car while waiting for a work permit or a better paid job.

According to government data, the poverty rate among Hispanics has decreased slightly in recent years, the minority continues to be disproportionately poor compared to white non-Hispanics. Hispanics comprise 18.5% of the total population, per 2020 census data, but more than 28% of the population is in poverty.

Like Dianelys, other clinic staff often engaged in informal recruiting, a pattern that bioethicists label as “unethical” and contributes to predatory behaviors. But she herself considers it to be a good deed, knowing what immigrants come from. She said she wished someone had done the same for her and claimed that during the half decade she worked at the clinic, some immigrants were so consistent in their participation in studies that “they felt part of the house.”

An essential part of my project will be to narrate the human stories behind this complex web of policies and issues. Many of these immigrants who feel disconnected in a foster country have found through these trials not only a way of sustaining themselves and their loved ones, but also a sense of family, culture and shared struggle within the community.

The investigation will rely on trips to clinics, analysis of documents, in-depth interviews with bioethicists, medical experts, lawmakers, clinics personnel, migrant advocates and — to put human faces to the issue — subjects who have lived their last couple of months or years making a living off of clinical trials and family members around them.