20 Years After 09/11, Anti-Arab Imperialist Racism Is Alive And Well

By The Chicago Reporter | 31 mins ago

The idea that anti-Arab and anti-Muslim racism started after September 11, 2001, is one thing many progressives get wrong.  At least since the late 1970s, the U.S. government has been racially profiling Arab immigrant activists through surveillance and the corporate media has been portraying Arabs as savage misogynists. This racial profiling continued through the Clinton administration with the Omnibus Counterterrorism Bill of 1995. The bill, supported by then Senator Joe Biden, enabled the new McCarthyism that many people contend started after 9/11. It allowed the government to use secret evidence in deportation proceedings for “aliens.” Consequently, the government could hide the source of information used to deport someone. Arab Muslim immigrant men were the primary population targeted by such secret evidence.

By Jackie Serrato | 42 mins ago

It may come as a surprise to people in other parts of the country that the Midwest, being so far from the coasts and so far from the Rio Bravo, has a robust Latino population. But here, it’s a well-known fact that Chicago has been a city of migrants for more than a century and that the Spanish- and bilingual-speaking demographic is growing to the point of comprising one third of the population. As the calendar marks the start of Hispanic Heritage Month (HHM)—yes I know; the word Hispanic is a misnomer to many, especially due to this next fact—it’s worth noting that it aligns with the independence of various Latin American nations. Independence from whom or what? From its former colonial power, Spain.

As many as four million workers labor in clusters of warehouses scattered across the United States. Many are mislabeled as ‘temps’; all are poorly paid, and on-the-job injuries are high. In the article “The Warehouse Archipelago”, John Lippert and Stephen Franklin investigate the current state of staffing in the warehouse industry. Part Four of the weekly Chicago Reporter series Lippert and Franklin explore the reopening of the economy battered by COVID-19 mitigations providing new hope for warehouse workers. THE NEWS ABOUT worker shortages and rising wages at companies with the reopening of the economy may suggest new hopes for warehouse workers.

As many as four million workers labor in clusters of warehouses scattered across the United States. Many are mislabeled as ‘temps’; all are poorly paid, and on-the-job injuries are high. In the article “The Warehouse Archipelago”, John Lippert and Stephen Franklin investigate the current state of staffing in the warehouse industry. Part Three of the weekly Chicago Reporter series Lippert and Franklin explore how staffing companies exploited the 9/11 terror attacks to get workers at lower pay rates. In the wake of the 9/11 terror attacks, when many employers fired workers who lacked papers showing they were legally in the U.S., staffing companies stepped into the breach.

The door opens as a chime announces the entrance of a customer, a woman who approaches the counter window to pick up her order of the Viola strawberry cheesecake. A few minutes later, the door opens again, the chime makes its customary welcome, and another customer makes a pick-up. This time it’s the Pecan Pleasure cheesecake. This ritual repeats over and over again as it’s 12:30 p.m. on a Thursday at Schweet Cheesecake in what’s known as the Soul City Corridor of Austin; the early afternoon is when the Black-owned bakery is busiest. Chamille Weddington, Co-owner of Schweet Cheesecake in her bakery shop on Chicago Avenue, Austin.

Census 2020: “Chicago Is Still The Land Of Opportunity”

It’s the second “authentic American food with a Mexican flavor” eatery – as Berner calls it, that she opened on the North Side. The first Tata’s Tacos to serve the tasty hand-sized dishes welcomed patrons in Portage Park in 2018. Like most restaurateurs, Berner and her partner made difficult decisions last year due to the coronavirus pandemic. “Takeout and delivery became a big part of the business,” she says.

As many as four million workers labor in clusters of warehouses scattered across the United States. Many are mislabeled as ‘temps’; all are poorly paid, and on-the-job injuries are high. In the article “The Warehouse Archipelago”, John Lippert and Stephen Franklin investigate the current state of staffing in the warehouse industry. Part Two of the weekly Chicago Reporter series introduces Irma Mosqueda, a warehouse worker in her mid-fifties, a single parent, afraid to speak about the dangerous working conditions for fear of getting fired. Then, a workplace accident took one of her legs.

Help For Afghan Women Was Needed Before Taliban Takeover

In the short week since Kabul fell to the Taliban, the U.S. corporate media — and those who uncritically buy into it — are once again beating the drum that calls upon Western heroes to save Afghan women from Islamist extremism. While a New York Times headline reads, “Desperate Afghan Women Wait for U.S. Protection,” CNN sensationalizes the issue with shocking stories of the Taliban killing women. As these media stories trickled down into daily life, a teacher in my neighborhood texted me asking where she can donate funds to help Afghan women.  Feminist groups are teaching people how to “save Afghan women.” To be sure, the Taliban are exceptionally violent when it comes to gender justice and women’s rights and fundraising could indeed be helpful. Yet more than ever before, our society must shift the focus of our apparently “feminist” concerns. Where have these concerned voices been for the past two decades while the U.S. empire has been bombing Afghan women and devastating their lives?

As many as four million workers labor in clusters of warehouses scattered across the United States. Many are mislabeled as ‘temps’; all are poorly paid, and on-the-job injuries are high. In the article “The Warehouse Archipelago”, John Lippert and Stephen Franklin investigate the current state of staffing in the warehouse industry. Part One of the Chicago Reporter series published every Monday provides insights into the plight of workers suffering from “wage theft, discrimination, and unhealthy and hazardous conditions.”

Every six seconds, the sorting machine would spit out bags of candy as Rebecca Wells waited, robot-like. The workers

She had to grab the bags, weighing up to nine pounds, stuff them into shipping boxes, and then feed the boxes into a taping machine. 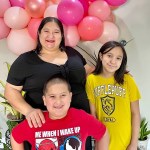 Chicago Public School students in kindergarten through 5th grade will have more time to run around, play sports and be physically active thanks to a new law. Some Black and Brown parents are encouraged by the law, which became effective in July and requires elementary schools to provide a minimum of 30 minutes of recess. That’s 10 minutes more than the original requirement, according to Chicago Public Schools.

Quiwana Bell, a Bronzeville mother of 13-year-old Stephen and 11-year-old Austin, said it’s a step in the right direction. “(Recess) helps stimulate the brain,” Bell said. “It wakes them up and helps them get some of their energy out.”

Recess — a time for students to be physically active and engaged with their peers in activities —  also improves memory, attention and concentration.