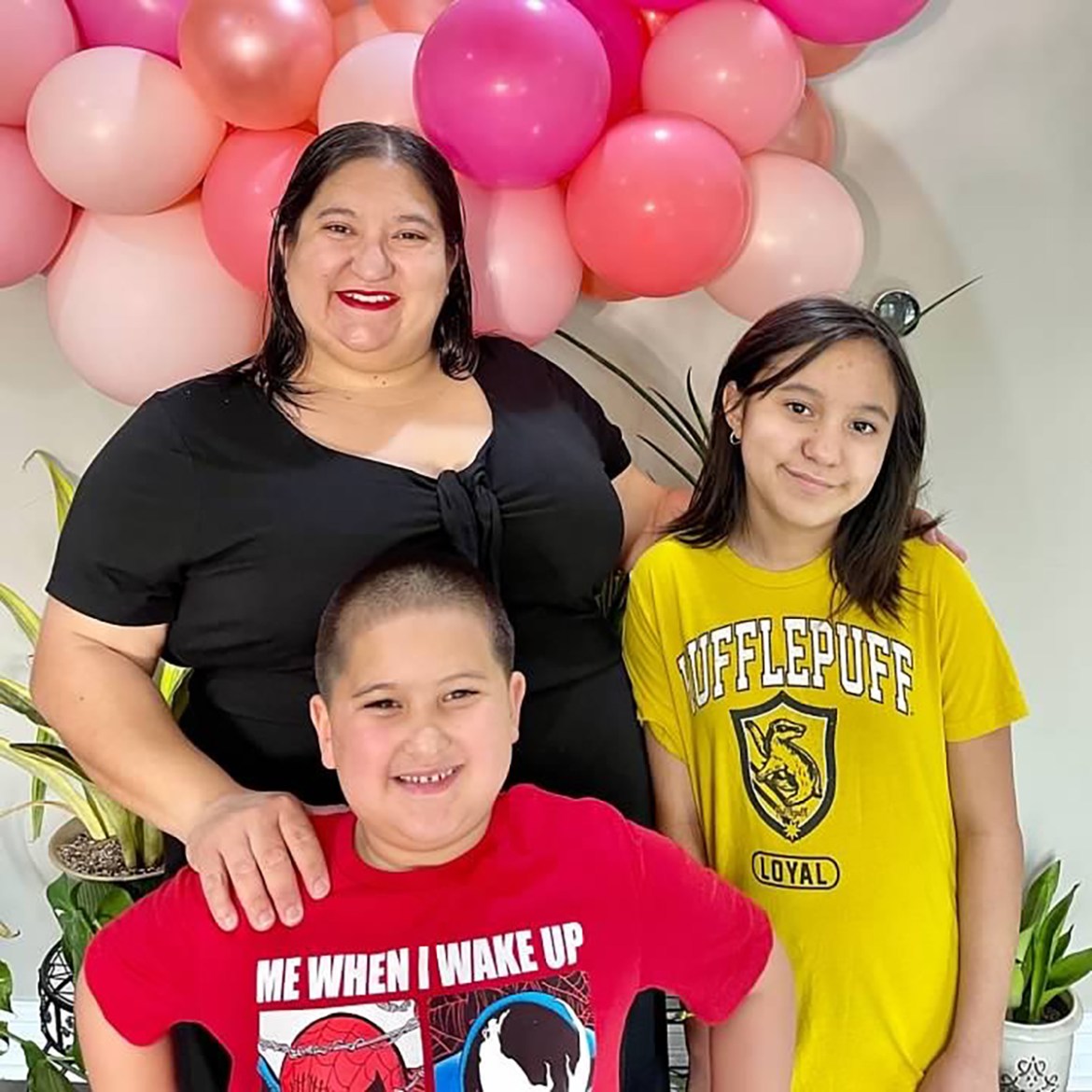 Rhonda Chavez and her kids

Chicago Public School students in kindergarten through 5th grade will have more time to run around, play sports and be physically active thanks to a new law.

Some Black and Brown parents are encouraged by the law, which became effective in July and requires elementary schools to provide a minimum of 30 minutes of recess. That’s 10 minutes more than the original requirement, according to Chicago Public Schools.

Quiwana Bell, a Bronzeville mother of 13-year-old Stephen and 11-year-old Austin, said it’s a step in the right direction.

“(Recess) helps stimulate the brain,” Bell said. “It wakes them up and helps them get some of their energy out.”

Recess — a time for students to be physically active and engaged with their peers in activities —  also improves memory, attention and concentration. Additionally, it helps reduce disruptive behavior in the classroom and improves social, emotional development such as learning how to share and negotiate, according to CPS.

Bell said she expects “better learning outcomes,” due to the extended time.

Esmeralda Martinez, a Little Village resident with three kids, said mandating the 30 minutes was a good decision because sometimes teachers have taken recess away as a punishment. The law will ensure kids get the time they need to relax, she said.

“They have to have recess because the kids need time to help concentrate for the next class, to be free,” she said.

The more time kids spend being physically active, the better, according to Dr. LeRoy Graham, a retired pediatric pulmonologist. That’s especially the case for those with high risks of chronic diseases and medical problems like people of color.

African Americans are not only more likely to suffer from conditions like asthma, hypertension, lung cancer and pulmonary infections than other races but are also less likely to receive care, he said. Black and Latino children in Chicago are also four more times as likely to be obese as White children, according to the CDC. Factors contributing to the disparity could include greater access to poor quality foods and less access to convenient places for physical activity.

Those who exercise reap the benefits of “cardio-pulminary fitness, which means exercise tunes up your heart and lungs,” Graham said.

“We know if people get more fit, we have better control of the blood pressure so (that means) less issues with hypertension but also as we exercise, the lungs get conditioned and become much more functional,” he said.

“So there’s physiologic and even sociological benefits,” he added. “Getting out exercising makes you feel less contained, makes you feel freer. You think clearer and you’re less prone to chronic illness.”

For some children of color, recess is “the only chance they’ll get to exercise the whole day” in a safe environment, Bell said. To many parents, allowing their kids to play in their neighborhoods is too risky, she said.

That’s why it’s important for kids to have time to play at school “especially in areas where the parks are not that safe, clean, or where there’s a lot of community violence,” Bell said. “A lot of times these young people have to stay in the house, play on their game and watch television.”

That’s also why she hopes the law is a step toward offering more time to students in sixth through eighth grade. That includes kids around her sons’ ages, who could also benefit from it. She’s had to limit the time they spend at nearby basketball courts out of concern for the violence in her neighborhood. Though her area isn’t as bad as others, it’s still a concern, she said.

“It’s so random,” Bell said of the violence, noting it’s taken place where her sons walk to school and to the park.

Rhonda Chavez, a West Lawn mother of 6-year-old Jake and 12-year-old Jasmine, said she hasn’t been deterred from taking her kids to parks in her neighborhood.

However Jasmine, who’s in seventh grade, could also benefit from more time on the playground because she has attention deficit hyperactivity disorder. Not being able to keep focus, excess movement and impulsivity are common symptoms. If she doesn’t get enough activity during the day, “around (night time) it’s a struggle,” Chavez said.

“She needs to constantly be moving or she doesn’t sleep at night.”

“This is the age where play is critical in development,” she said. “Yes, 10 minutes more is fantastic but during the week there’s still not enough time in the day to play.”

Cassie Creswell, director of Illinois Families for Public Schools, said the law came on the heels of a 15-year push from parents and Communities Organizing for Family Issues (COFI). The group had recess bills in the General Assembly multiple times since 2006 to mandate recess in CPS and all schools throughout the state.

That led to a 2011 state task force that recommended students in kindergarten through 8th grade have 30 minutes of recess each day.

When the legislation was first proposed last year, Creswell said her organization wanted an hour of recess for students in kindergarten through eighth grade. The idea fell through because “it wasn’t politically viable,” Creswell said, noting there was strong opposition from some republican lawmakers.

“We’d love to see it longer and I think it’s a good start,” she said. “It’s one of the longer required amounts in the country.” Most state recess laws require 20 minutes or split time across physical education or recess, according to FPS.