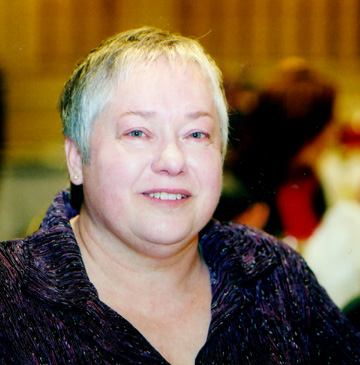 CPS is in the midst of launching the first phase of its new principal screening policy, sending out portfolio packages to the 600 candidates currently on the School Board’s principal eligibility list.

Those candidates, most of them assistant principals and teachers, will have three months after receiving their package to complete a portfolio demonstrating their leadership experience and the academic progress of the children they have worked with.

If they miss the deadline, they will have to start from scratch, completing all the new eligibility requirements that the School Board adopted in February. If a review committee determines the portfolio falls short, the candidate will lose eligibility and have to undergo additional training that might include a paid internship.

CPS says its new guidelines are intended to “raise the bar” and provide local school councils with an improved pool of principal candidates. The requirements come as the system faces a leadership void, with nearly 400 current principals eligible to retire over the next four years.

Nancy Laho, chief officer of principal preparation and development for CPS, says the board needs to take responsibility for having approved some principals in the past who “were not ready yet, but could have been” with additional preparation.

Laho says the portfolios should include testimonials from at least three references, and essays reflecting on a candidate’s leadership experiences.

The portfolios will be reviewed by a committee of three representatives from Laho’s office and two from the Chicago Principals and Administrators Association, which worked closely with CPS on the portfolio requirements. The two groups also had input from focus groups, assistant principals and other organizations like the Chicago Public Education Fund, an offshoot of the Chicago Annenberg Challenge, and the Financial Research and Advisory Committee (FRAC) of the Civic Committee of the Commercial Club of Chicago.

The review committee will use a scoring rubric, or guide, that is aligned with the school district’s seven leadership standards. Those standards, which were also used in the now-defunct Principal Assessment Center put together by FRAC, range from curricular management to basic leadership and interpersonal skills.

Savvy superintendents have to choose from a shrinking pool of candidates who can operate effectively in complicated urban districts that face increasing accountability, Pierce says.

With superintendents facing stiffer consequences for picking ineffective principals, some are even going beyond the standard background checks and visiting schools where applicants once worked, Pierce adds. “They’re doing everything they can to make good decisions [because] heads are rolling, starting at the top.”

In Chicago, some local school councils also have made school visits.

The new requirements have raised the ire of some activists, who say the standards will encourage favoritism and stifle interest from out-of-town talent.

“I just don’t think this is a process that’s worth trying to perfect,” says Julie Woestehoff of Parents United for Responsible Education. She is especially critical of the personal interview requirement.

Before 1988, CPS used interviews and exams to screen candidates. Woestehoff says the interview process back then was biased in favor of the politically connected. Its “cultural approach” also favored white men, she says.

Clarice Berry, president of the Principals’ Association, agrees that interviews could easily be conducted unfairly. To guard against that, she suggests sequestering a group of applicants and asking each one the same questions. Berry says representatives of school reform groups might be included among the interviewers, along with CPS officials and experienced, successful principals. The principals’ group expects to work with CPS to develop the interview protocol.

Martin Haberman, a professor at the University of Wisconsin at Milwaukee, says CPS should consider using an interviewing system that compares a candidate’s answers to those given by established principals. Haberman has designed such a system, using hundreds of interviews with principals whose effectiveness in highly bureaucratic urban school districts has been confirmed by student achievement and parental support. Fifteen urban districts use Haberman’s system.

Haberman says his interview tests an applicant in 11 areas that range from curricular and administrative leadership to community relations skills. Typically, an unsuccessful principal either “schmoozes” well but lacks vision, or sets good goals but cannot get along with people, he says.

Haberman, who has worked with and observed CPS for 45 years, also questions whether the district can keep politics out of the principal selection process. “Chicago wants to go on selecting people with methods that have no predictive validity,” he says.

Laho says the design of the interview is on the backburner while the details of the portfolios and exams are hammered out. The writing sample requirement will be outsourced to a company that builds web-based, supervised and timed writing systems. A request for proposals is in development, she says.

‘Devil is in the details’

Prospective principals will also have to pass an approved program of study that relates to school leadership. Laho says her office soon will work with the Principals’ Association, the Illinois Administrators Academy and university partners to identify classes for this requirement.

The tight implementation schedule concerns some reformers. Don Moore of Designs for Change, which trains local school councils to select principals, says, “There are all kinds of ‘under construction’ signs. … The [specifics] should have been spelled out from the beginning.”

Others, however, applaud the board.

One of them is Peter Martinez, director of the Center for School Leadership (CSL) at the University of Illinois at Chicago, which prepares aspiring principals for leadership in urban schools.

CSL helped FRAC run the Principal Assessment Center in 2002. From December 2000 to April 2003, CPS required principal candidates to go through the center to get an idea of their strengths and weaknesses, but did not require candidates to share results with LSCs. Candidates were put through scenarios of problems principals commonly face; trained observers scored them.

Martinez says the School Board cut the program because of its costs, and adds that he’s glad to see a new evaluative gateway to the principalship emerge. The real test for CPS will be to implement the selection process fairly.

Says Martinez, “The devil is in the details.”