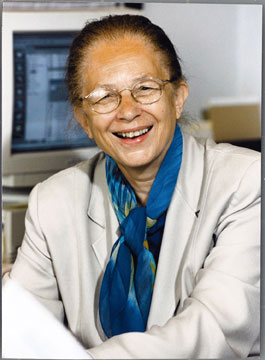 This fall, CPS unveiled at South Loop Elementary a new all-day preschool program for poor and middle-class children—a three-part mix of Head Start, state pre-kindergarten and the district’s own tuition-based preschool. Before the opening, however, CPS Early Childhood Education Officer Barbara Bowman had eliminated all full-day state pre-K programs, a move that affected some 900 children. Catalyst Associate Editor Debra Williams sat down with Bowman to discuss the thinking behind that decision, and her thoughts on how preschool is evolving and the challenges of preparing young children for kindergarten and reading.

How do you see preschool changing?

We are more aware of the discrepancy between what middle-class kids know and can do when they get to kindergarten as opposed to low-income kids and minority kids. Often early childhood teachers have felt that academics were outside of the range of what little children ought to have to learn. There’s no question that preschool children are going to have to get more academic content. The question is how to give it to them in such a way that they want to learn it, enjoy learning it, and use it in their daily life.

How do you plan to do that?

We’re talking to teachers about structured play versus free play, about quality relationships with their children, so that the children want to please them and want to learn. Using more small groups, reading more chapter books. We’re focusing teachers’ attention on how to raise quality, raise content knowledge without treating children like they are 3rd-graders. We want it active, fun and engaging. The challenge is teachers have to do it with children with different skills, particularly children who don’t speak English.

No question. Whatever society decides children ought to know and be able to do, it creates pressure on teachers. Is it too much pressure for young children? It’s hard to say. Some children are going to be pressured more then they want to be. And that’s going to be something that teachers and parents need to watch out for. A lot depends on what kids are taught to expect. Kids who go to school six days a week from nine to five don’t feel that it’s an imposition. But if you’ve only gone through three hours a week, then to seven or eight, you might say that it’s an imposition.

Full-day programs became full-day because they were underenrolled and children used both [morning and afternoon] slots. I couldn’t justify children having two slots, when there were some children who were not in programs at all. It was also not a good use of teacher time. It just didn’t make sense that we’d have all these certified teachers watching children take naps [in the afternoon]. So I felt comfortable saying, ‘Kids need to go home.’ They go to a sitter or to a childcare center for their nap rather than being with teachers who have been trained to provide a curriculum.

Maybe we need to rethink our structure, particularly in schools where there is extra space. You could hire parents or people who weren’t teacher-trained to help children have their lunch and a nap. That would be perfectly acceptable. If schools stayed opened until 5 p.m., it would be a perfectly good way for schools to meet the needs of parents. And the cost to parents would be much less than if we were charging them for a certified teacher.

How much does preschool cost?

We figure the average cost of just mediocre childcare is about $7,000 a year because we have to have such small numbers of kids with an adult. (Note: Best practices for preschool programs suggest student-teacher ratios be 10 to 1.) In France, they have somewhat larger groups, other countries invest more money. England and Canada are very much like the United States, parents have to pay for full daycare. And even if we have universal pre-K, all that’s going to provide is half-day coverage. The parents are still going to have to provide funding or the government or somebody is going to have to provide the rest. It’s expensive. On the other hand, all of the research seems to show that despite [early childhood program] costs, when done well, it more than pays for itself.

So it seems like there’s a disconnect. Early childhood education reaps benefits, but no one wants to pay for it.

Oh yeah, they’ve been looking at adding full-day kindergarten for a long time.