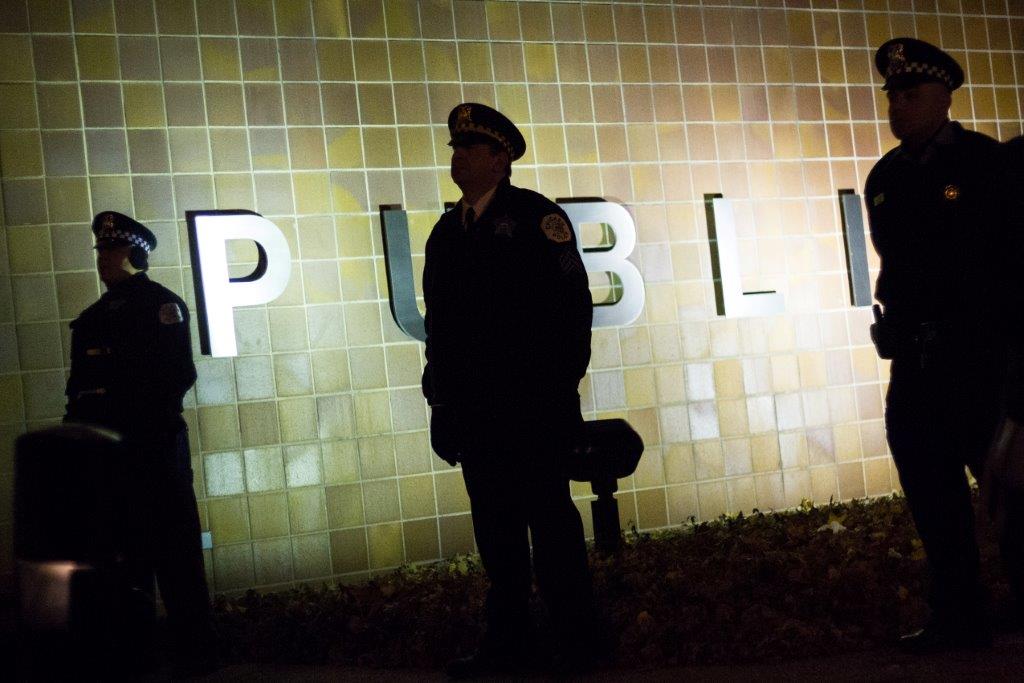 Like many law enforcement agencies, the Chicago Police Department has an early intervention system that is supposed to flag officers at risk of serious misconduct and provide them with training and support to get on the right track.

But of 162 Chicago police officers with 10 or more misconduct complaints in the past four years, just one was enrolled in the department’s program as of October, according to a Chicago Reporter analysis of data obtained through a Freedom of Information Act request.

An officer is eligible for the program if he or she receives two sustained complaints or three excessive force complaints within 12 months, though they can also be recommended for the program based on a pattern of complaints. Less than 4 percent of all complaints filed against CPD officers are sustained.

“Those numbers defy belief,” said Samuel Walker, an emeritus professor at the University of Nebraska, and a leading national expert on police early intervention systems. “It says the system isn’t working and is designed not to work.”

It’s no wonder, experts said, that the system failed to effectively intervene before Officer Jason Van Dyke, who had 19 citizen complaints and two misconduct lawsuits against him, shot and killed 17-year-old Laquan McDonald in October 2014. Van Dyke was not in the program on Oct. 15 of this year, according to the records received by the Reporter, and it is not clear whether he was previously enrolled.

Past efforts at police reform in Chicago have included calls for improving early intervention. The same response is likely today as the city reels from several allegations of police abuse and corruption. Mayor Rahm Emanuel has mentioned an “early warning system” several times since the McDonald shooting video was released last month, and the U.S. Department of Justice has consistently recommended early intervention programs after its investigations into “patterns and practices” of police abuse, like the one now under way in Chicago.

Chicago’s early intervention system is likely to be in the sights of Justice Department’s investigators, because it lags far behind best practices, Walker said.

How the early intervention system works

One of the problems with CPD’s system, experts said, is that it can’t consider unfounded misconduct complaints or complaints that are more than five years old, a requirement of the police union contract.

Nationally, only about 10 percent of police misconduct complaints are sustained, said Dennis Kenney, a professor at the John Jay College of Criminal Justice in New York.

“If you are excluding 90 percent of complaints right off the top, then you have a flawed early warning system,” he said.

A high number of prior complaints, even those that are not sustained, is a strong predictor of future misconduct complaints, according to a recent analysis of Chicago police complaint data by the data-journalism website FiveThirtyEight.

None of the complaints against Van Dyke was sustained, and most of them were too old to make him eligible for the intervention programs.

Chicago’s two primary intervention systems also look at other indicators, such as excessive tardiness, misuse of medical leave or a low grade on an annual performance review.

But officers must hit certain arbitrary thresholds—for example, being late five or more times in 12 months—to even be considered for the intervention program. Even then, it is at the discretion of command staff members in the human resources department whether to enroll an officer in the program.

A third non-disciplinary intervention program deals with officers who have minor incidents of being rude or disrespectful toward civilians that don’t reach the threshold for a formal misconduct investigation. The interventions for that program are far too light to be taken seriously, Walker said.

“After the first incident, it’s a conversation with a supervisor,” he said. “And then it escalates very slowly.”

Only after the fourth incident in five years is an officer eligible for one of the more serious intervention programs.

As of October, there were 516 officers enrolled in this program, about 4 percent of all officers on the force.

Experts say the first step to a successful early intervention program is an effective mechanism for collecting and analyzing the right data on officer behavior and flagging those who may need additional counseling or training.

“To have a truly robust [early intervention] system, you want to have as much information as possible,” said Ilana Rosenzweig, the former head of Chicago’s independent police oversight agency.

Unlike many others around the country, Chicago’s early intervention systems do not use computer programming to identify potentially problematic officers.

On that front, CPD was actually more advanced in the mid-1990s than it is now.

In 1994, the department purchased off-the-shelf software called BrainMaker for $850. It analyzed 200 officers who had been fired for disciplinary infractions to determine what behaviors or character traits they had in common. BrainMaker then used that information to create a predictive algorithm, which could be applied to the rest of the force to identify other officers who might need help.

At the time, there were 12,500 officers on the force, and the software identified 91 for intervention, a rate nearly eight times higher than today’s early intervention system.

The department was initially enthusiastic about the results, but later said the program was never implemented because of opposition by the Fraternal Order of Police, the union that represents Chicago’s rank-and-file police officers.

By 1997, the BrainMaker program was gone, and the data it had collected was deleted.

At the time, CPD’s deputy superintendent said the size of Chicago’s force makes it “pretty much impossible for all at-risk individuals to be identified [by supervisors].”

But that is exactly how CPD’s early intervention programs are set up today.

Even with the best data, early intervention doesn’t work without supervisors who are willing and able to identify the underlying problem that causes the behavior and find the right intervention to address it, experts said.

“What really counts is the mindset of the people running the program,” Walker said. “Is there a tendency to excuse the officer’s behavior? Or is it to say, ‘I think there’s something wrong here, we need to look deeper?’”

Chicago’s small number of enrolled officers indicates that supervisors are using the program as restrictively as possible, rather than actively trying to intervene when an officer’s behavior seems awry, Walker said.

Precinct-level sergeants and commanders are in the best position to identify officers who may be experiencing personal problems that can affect their performance, he said.

But in Chicago, an officer has to be recommended for early intervention by a command staff member or one of the heads of the three police oversight bodies, and approved by the human resources division. Those individuals are far removed from an officer’s day-to-day behavior.

The combination of solid data and good supervision can help identify those officers who are not “bad apples,” but simply need a little something extra.

“The vast majority of officers, even those who get complaints, are trying to do the right thing,” Rosenzweig said. “The question is, are you giving them the tools, the training and the supervision that they need to do the right thing and to perform at the level the public expects?”

The resources for successful early intervention could be right in CPD’s backyard.

Last summer, students in a program at the University of Chicago’s Center for Data Science and Public Policy worked with the Charlotte-Mecklenburg (N.C.) Police Department to improve its early intervention system. They developed a predictive model that was more effective at identifying officers who would go on to commit misconduct, and also officers who didn’t actually need intervention.

The long-term goal of the U Chicago project, part of President Obama’s Police Data Initiative, is to create a scalable early intervention model that could be used by police departments across the country, said Rayid Ghani, who worked as chief data scientist for Obama’s campaign and now directs the center.

CPD is not among the 21 police departments that signed on to the president’s data initiative, and the department hasn’t approached the U Chicago team for help with its early intervention system.

“If they came to us,” Ghani said, “we’d definitely be interested in working with them.”