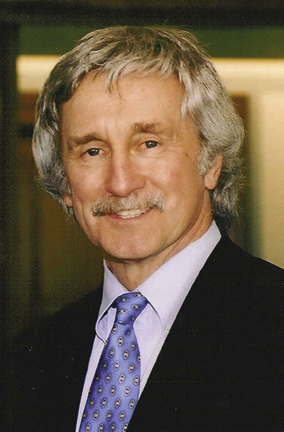 Communities In Schools bills itself as the country’s largest dropout prevention organization and envisions schools as the center of a community. Bill Milliken founded the organization more than 30 years ago in New York City as a “street academy” to give a second chance to young people who had dropped out. It now operates in 3,400 schools across the country, including 152 in Chicago. Milliken’s recent book, “The Last Dropout: Stop the Epidemic,” chronicles his organization’s work. On a recent visit to Chicago, he sat down with Catalyst Associate Editor Sarah Karp and Consulting Editor Cindy Richards to talk about his legacy.

What’s the basic belief of Communities In Schools?

People think we have an education issue in this country, but the real issue is the breakdown in community. The teacher is being asked to be mother, father, sister, brother, social worker, hall guard—everything but teacher. We had the Boys and Girls Clubs here, the Urban League over there, the health people over there. So we said, “Why don’t we bring the adults to our kids and free the teachers up to be teachers and create safe caring environments where the teachers can teach.”

Are there gaps in services? Or services that are hard to get?

We’re doing a lot of research in partnership with the National Center on Dropout Prevention to find out what are the best services, because just having a bunch of services can be more harmful. They’re falling all over each other.

How do you keep that from happening?

We have a relational router, like Jane [Metzinger, executive director of Communities In Schools of Chicago], in every community who acts as the broker. And then there are routers inside the school who really know the community, really know the people. You put those two together and you are able to be more targeted.

You’re in the midst of a study of your effectiveness. Any results so far?

The first set of results indicates that community schools do a couple things: They improve math and reading scores at the 4th- and 8th-grade level, and they lower dropout rates and improve graduation rates.

How do you raise graduation rates?

Programs don’t change kids—relationships do. It takes a safe, caring environment and an adult who walks with them and is sold on them and for them. Education reform is a triangle with three sides. One side is the governance issues. Another is good pedagogy. And the third side is the community.  If you get the right combination, I guarantee you, you’ll get the outcomes.

What is the parents’ role?

Over the last 10 years, the number of parents involved in Communities In Schools accelerated dramatically because the evidence is that if you get parents involved strategically as part of the kids’ education, it’s a great predictor of that school’s success. So we started doing a whole lot around family involvement because it was non-negotiable.  But our goal was never to transform the family. That’s not our expertise.

There are education leaders who say the community is the problem.

Why is it taking so long to fix schools?

We had a 100-year vision and we’re only 30 years into it. But the theory of change in this country is that you have change every two to four years.  The issues we’re dealing with are deep and complex and societal. What are we supposed to see in two years, realistically? We’ve tried to create a model that outlasts mayors, superintendents, governors, presidents, the latest reforms, so that you have something where people are brought in for the long term because commitment to kids is a lifetime thing.

Cindy Richards contributed to this report.