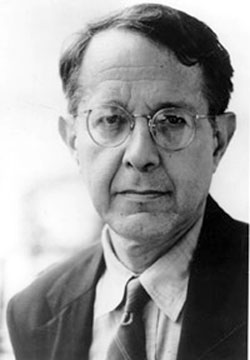 In his best-selling book “The Shame of the Nation: The Return of Apartheid Schooling in America,” Jonathan Kozol argues that public schools are further away than ever from the goal of equal, integrated education set in the U.S. Supreme Court’s landmark 1954 Brown vs. Board of Education ruling. Kozol, a former teacher, spoke with Contributing Editor Alexander Russo about the mainstream media’s education reporting, the pitfalls of education reforms and what it will take to achieve the goals of Brown.

Tell me about the name of the book.

The shame of the nation is not simply that the U.S. Supreme Court has ripped the guts out of the Brown decision, but also that the mainstream media refuse to address this issue in blunt and honest terms. A Black and Latino school, with about 1,000 kids, typically receives $1 million less every year than a white school of the same size. The percentage of black kids who now go to integrated schools is at its lowest level since 1968. This means that we have not simply turned our back entirely on Brown vs. Board of Education. It means that we haven’t even lived up to the tainted promises of Plessy v. Ferguson, the ruling that schools could be segregated so long as they were equal. For the Black and Latino kids who go to these squalid, segregated, overcrowded, under-funded schools, it makes no difference whether they are isolated from the rest of society by force of law or the force of economic and social factors. They receive the kind of education that no white suburb would ever tolerate.

What is it going to take to get more integration?

We need a [constitutional] amendment to address the inequalities in funding because we are never going to solve this problem at the local level. As for breaking down the walls of segregation, that’s going to take an all-out political movement. It’s not going to come from litigation [or] the present makeup of the U.S. Supreme Court.

What do you think about school reform efforts, whether in Chicago or other cities?

Look, I’ll do anything I can to support good teachers and principals in inner-city schools. But virtually all the highly touted efforts that we hear about these days are simply efforts to prove successful segregation. Every few years some expert says we have a new and scientific plan to demonstrate that segregated, non-equal schools can be successful. These plans are heavily boosted by the press. Five years, 10 years later they’re declared a failure, and then school systems switch to another seven-point plan. So one year it’s separate, non-equal schools that are smaller, then it’s separate, non-equal schools with pseudo-military discipline where children take great pride in wearing uniforms.

What about magnet schools—are they effective?

Where there are good ones that genuinely attract a racially mixed population, they have to be supported to the hilt. In dramatic contrast, most of the new small schools that are being created are not racially integrated. In fact, they tend to be more segregated because they generally are set up as niche academies. The small schools movement runs the great risk of deepening racial isolation.

What about the consent decrees that came out of the initial push to desegregate the schools?

Unfortunately, the federal courts are dismantling those decrees. There are plenty of districts around the country where the suburbs have teamed up with cities to create effective voluntary integration programs. An entire generation of black kids has been educated in these first-rate, highly funded integrated suburban schools.

The suburbs surrounding Chicago ought to [make] it possible for any Chicago child to [transfer] to a successful integrated school. And for those parents who don’t want to make such a choice, we have to fight like hell to get Chicago the resources that they have in New Trier.