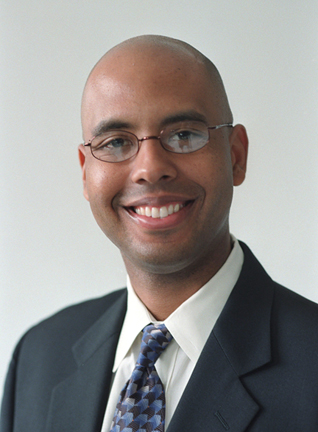 At Urban Prep Charter Academy for Young Men, students dress in suit jackets and ties, wear close-cropped military haircuts, attend classes from 8 a.m. till 4:30 p.m. and then, participate in mandatory after-school programs. Tim King, the former head of Hales Franciscan High, wants to replicate the charter elsewhere in Chicago and nationwide. King talked to writer David Smart about the philosophy behind Urban Prep and how single-sex education can help young black men succeed.

Urban public schools have a poor track record of educating young black men. How will your school be different?

Our curriculum is designed to meet the needs and learning styles of boys. Boys learn better in an environment that is interactive and dynamic, with questions directed [individually]. As opposed to asking, “Who was the first president of the United States?” it really should be, “Mr. Smith, who was the first president of the United States?” Also, research shows a boy’s hearing develops much more slowly than a girl’s. In a typical classroom—boys sitting in the back, girls in the front and a teacher lecturing—[boys] frequently can’t hear the whole lecture. So our classrooms are not set up in the traditional way, but in a circle or small groups, with the teacher close by as often as possible. Those are two examples.

What has it been like to work with the district?

The district has been incredibly supportive. But it was never communicated to us that there was going to be a $1,000 per-pupil facility charge. And, in addition to the Englewood High juniors and seniors who will be sharing the building, there are also kids from the achievement academy. In CPS’s defense, I’m not confident that they knew all of this. But the fact that they didn’t know is itself a problem. [To keep from having three groups of students housed in a single building at one time, Urban Prep will be located inside nearby Lindblom just for the current school year and will then move into the Englewood building, says a CPS spokesman.]

I would never fight against school integration. But I’m painfully aware of the fact that one out of 40 black boys from Chicago Public Schools makes it through college. It might take us 100 years to integrate all the schools in Chicago and even when we do that we won’t know if that was the answer. I know for a fact that I can open a school and move that needle, that we will have a graduation rate and a college acceptance and success rate that is just miles ahead of the data that we’re seeing right now. If we accomplish that with an all-boys school that happens to be black, the end result is worth it.

What about the economic and social obstacles kids face outside school?

All we can really do is to provide our students with the tools to build their own future. A big part of what we have to do is to develop a sense of self-worth among the students and let them understand that they have a future and their lives are valuable.

How can the school counteract the notion some kids have that doing well in school is “acting white?”

When I ran Hales, the students really rallied around achievement, either on the football field or in the classroom or on the chess team. I believe that came from the fact that it was an all-boys school and also happened to be African-American. There was a sense of brotherhood and unity. But the real thing that will prevent that is that this is a school of choice. We thought from the beginning that we would have to convince parents. We said there’s no way any 8th-grade boy is going to want to be in school all day, wear a shirt and tie and jacket, and there aren’t any girls around. We went to about 50 elementary schools and gave presentations. Without exception, students came up to us afterwards and said, “Sign me up.”