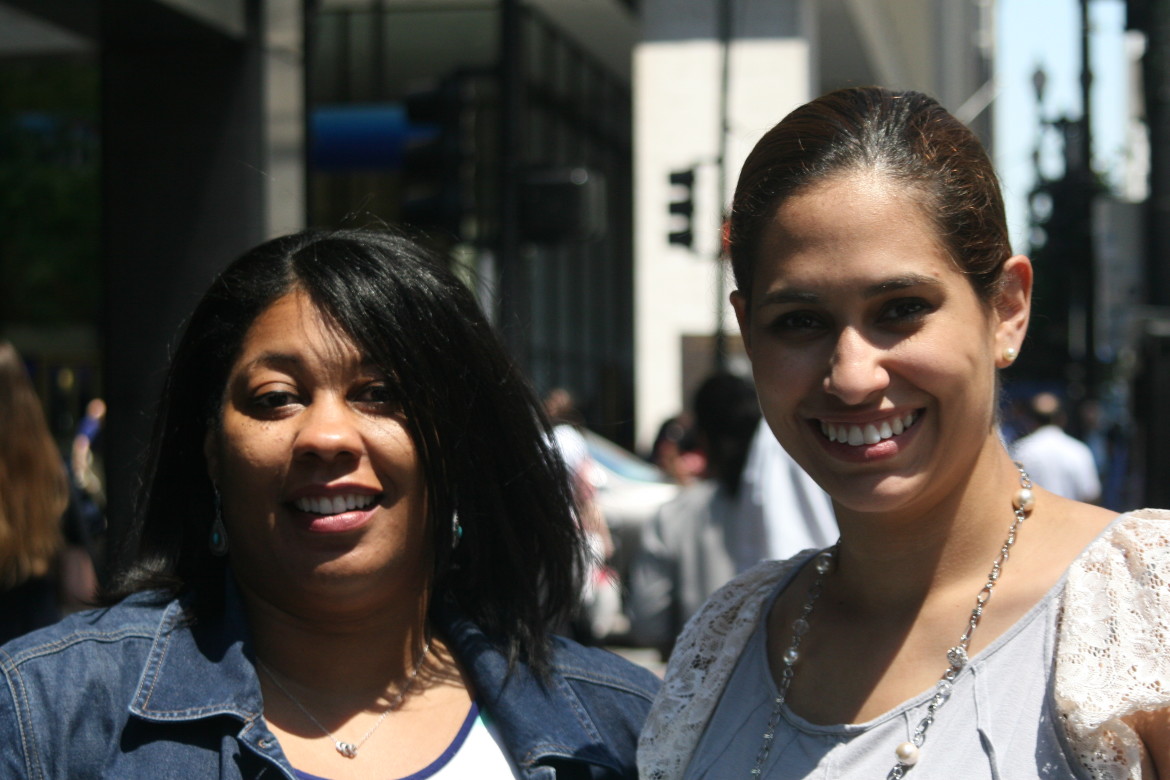 Staff members at the Illinois branch of Democrats for Education Reform assert that, amid a contentious season of negotiations between CPS and the Chicago Teachers Union, they’ve been mislabeled as anti-union outsiders.

Illinois Policy Director Angela Rudolph taught at McCorkle Elementary, then worked at the Urban League, the Ounce of Prevention Fund, and as an education program officer at The Joyce Foundation.

State Director Rebeca Nieves Huffman, who most recently worked at the National Association of Charter School Authorizers, grew up in Humboldt Park and stayed in the city to attend Columbia College because, she says, her traditionalist Latino parents wanted her to keep living at home until she got married.

When Huffman saw Mayor Rahm Emanuel’s efforts to change the school system, she lobbied the national Democrats for Education Reform group for months in an effort to pique their interest in Illinois. By January, it had worked, and she landed a full-time job. The group was expanding; a Washington state chapter launched at the same time. Now, the group is 5 years old and has spent over $31 million. It has chapters in 12 states.

But in an effort to avoid news coverage focusing on who the Democrats for Education Reform’s donors are, representatives of the group won’t discuss them — other than to say that “national donors” funded the group’s expansion into Illinois. Now, Democrats for Education Reform is funded by a combination of local and national money. The Chicago Tribune has reported that the firm that placed radio ads for the group is closely tied to Mayor Rahm Emanuel.

The group’s strength, Huffman says, is in the networking and information sharing between different statewide chapters. Chicago’s recent radio campaign, which featured radio ads critical of the Chicago Teachers Union’s decision to hold a strike authorization vote, was based on a similar radio campaign that aimeed to end “last in, first out” tenure rules governing layoffs in New York.

“There is a silent majority of parents that supports school reform proposals,” Huffman says. “They trust our elected officials; they trust our school district leadership to get it together.”

Rudolph adds that the district’s Community Action Council process, which has not appeared to lead to any changes on the part of CPS and has angered many participants, actually shows there is buy-in for school reform – but that CPS’ process is the problem.

“If reform is going to be sustainable in our city, we have to address the process issue,” Huffman says.

Despite the ads critical of CTU, Democrats for Education Reform staff say they support teachers unions. “We are supportive of the bargaining rights [teachers] have,” Rudolph says. “What we have been most troubled by is this notion that we are anti-teacher or anti-union. We are a Democratic organization and one of the cornerstones of the Democratic Party is unions.”

She and Huffman are quick to point out that the group collaborated with the American Federation of Teachers to support federal EduJobs funding, which aimed to preserve teacher jobs during the economic downturn.

Huffman adds that she would like to see CPS and CTU compromise on a raise for teachers. “Two percent is ridiculous, and so is 24 percent,” she says.

Nationally, Democrats for Education Reform has worked on expanding charter schools in Wisconsin and New York, and has brought out residents who support school turnarounds in New York City. It pushed for legislation in Colorado that served as a model for the “Performance Counts” proposal in Illinois, which later became Senate Bill 7.

The group was also a driving force behind California’s “Parent Trigger” law, which allows parents to sign petitions asking for their school to be turned around by an outside agency. However, the fate of the first school where Parent Trigger was tried is still bogged down in a politically charged court battle. A second school began the process in January.

When the group came to Illinois, Huffman says, they considered trying to enact a similar law here but ultimately decided not to.

“[Parent trigger] comes from a policy perspective of where parents don’t have leverage… and are really desperate for something to happen,” Huffman says. “There is mayoral control here. There is a reform-minded school board.”

However, the group is still planning to screen “Won’t Back Down,” a pro-parent trigger film starring Maggie Gyllenhaal that is slated to come out in September.

Among Democrats for Education Reform’s priorities:

* Improving turnarounds in CPS. “They haven’t gotten it right in the high schools; they have had success in the elementaries,” Huffman says. The group plans to promote best practices by holding a policy forum in conjunction with Mass Insight, a Massachusetts consulting firm that pioneered the concept of school turnarounds.

* Promoting blended learning using technology. The group is planning to take elected officials on a trip to Northern California this fall, likely to visit the nonprofit organization Khan Academy as well as a Rocketship Education school in the San Francisco Bay area.

This article has been updated to reflect that the Last In, First Out policy is still in effect in New York State.