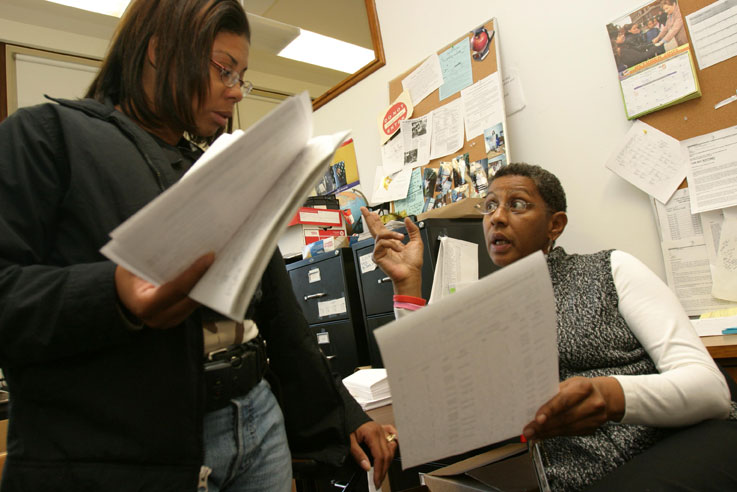 Three years ago, Chicago Public Schools began to subdivide its most troubled high schools—Orr, Bowen and South Shore. The idea was that smaller learning environments would allow students to get more personal attention and closer supervision.

To a large degree, these objectives have been met: In a study by the Consortium on Chicago School Research, kids in these small schools reported closer relationships with teachers, more academic help and less violence among peers.

But school attendance remains a big problem. Last school year, average daily attendance was no higher than it was in the large schools from which the small ones were carved. Like the old South Shore in 2002, its three small schools had about 83 percent attendance in 2005. Class cutting also remains a serious problem, despite the tighter supervision.

Teachers and principals say that while they better understand kids’ problems, the solutions are just as challenging. Small schools have some of the same frustrations as larger ones, they find, and a few new ones, as well. Here are some of the obstacles they cite to improved attendance.

1. New schools, same kids. Schools are smaller, but the issues some kids face aren’t—dysfunctional families, drug abuse, pregnancy, gangs. “They’re chronically truant because they have miserable lives,” says Principal Bill Gerstein of the School of Entrepreneurship on the South Shore campus. “We’ve got kids who come one day, and then they don’t come for a month. You don’t have a phone number. You don’t even know where they live. Sometimes you find out where they are and they say, ‘I ain’t going.’ There’s nothing you can do. You can threaten the parent, but the parent has no control. This is a tough, tough situation.”

2. Dangerous neighborhoods. At Bowen’s Environmental Studies Team (BEST), some kids missed early classes because they had to pass through gang territory on their way to school, recalls Joann Podkul, a BEST founder who recently retired as lead teacher. “They would have to wait until the area was clear, or they would have to join that gang or another gang who could safely get them through the area. It’s one of those things you could cry about.”

3. Facilities problems. Chicago Discovery classrooms are located on the third and fourth floors in a corner of Bowen, but the boys’ bathroom is on the first floor next to an exit. Sometimes the security guard on the fourth floor spots kids in the school’s navy blue shirts crossing the parking lot. “If we can get over there in time, we’ll call them back,” says Principal Lynne Nuzzo. “Or if we can recognize them, we’ll contact their parents. But more often than not, it’s a clean escape.”

4. Workload. Small schools have the same ratio of students to teachers as other high schools. Still, teachers can end up doing more work because there are fewer of them to cover extracurricular activities and special programs, says Nuzzo of Chicago Discovery. “Everybody wants us to have extracurricular clubs, AP classes, a full slate of sports,” she says. And teachers still must keep on top of routine tasks to enforce attendance, such as tracking class cuts and calling homes to report student absences. Just as at large schools, attendance initiatives break down when busy teachers let those tasks slide. “Some of our best teachers are the worst record keepers,” says Nuzzo. “Some of our worst teachers are the best record keepers. Obviously, I need them to be both.”

5. Growing pains. Starting a new school from scratch is a lot of work, observes Cynthia Barron, the new small schools instructional officer. The organizing effort may distract staff from zeroing in on attendance, she says. Administrative experience may also be a factor, she adds, as most of the small schools have principals in their first, second or third years in that job. “I remember my first [year as] principal,” she says. “It was tough.”