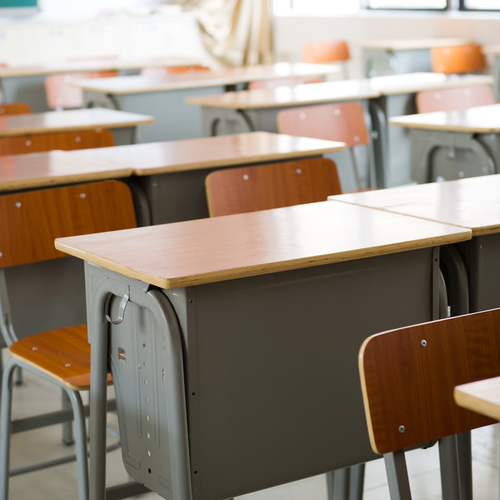 Chronic absenteeism and truancy stem from illness, family problems and the impact of concentrated poverty. Aldermen, who know their communities, should be in charge of tackling the problem, writes Nancy Brandt. | Photo, Shutterstock

When students don’t show up for school, it is not only a student problem: It’s also a school and a community problem. Poor attendance has a ripple effect on students. Research has shown the long-term connection between poor attendance in the early grades and low achievement later on. Moreover, low attendance means CPS ends up leaving money on the table, which hurts schools:  Every student that is not counted for state funding based on attendance costs the district thousands.

Despite a new focus by the administration, Catalyst Chicago reported recently that attendance and truancy have worsened in the elementary years instead of improving.

Though attendance has been in the news, the problem is long-standing. CPS has not had “truant officers” for years, since the 1990s when budget cuts axed those positions.  But other school systems in the U.S. have upgraded that job to include duties other than just tracking down missing students. Such jobs are often called “community outreach workers.”  The positive impact in these schools system is instructive, and so is the related research.

When calling at the homes of absentee children, researchers discover a great many children who are absent for health-related reasons—57 percent, according to the results of research by the Consortium on Chicago School Research in a report on preschool absence.

But there are also significant family problems that result in student absence.  Family problems include a parent’s illness, absence of other adults to get children to school, dependence on time-consuming emergency room visits for medical care and problems with child care – an entire litany of the effects of concentrated poverty.

In short, low-income children and families cope up with a host of problems that schools have neither the staff, money, time nor partnerships with outside organizations to adequately address.

Working alone individual schools cannot solve the problems that lead to poor attendance. Doing so will require establishing connections between schools, the home and city and community services.

The city has a stake in improving education as well as a responsibility to heal broken communities. For those reasons, I am proposing that the locus and hiring responsibility for community outreach workers should be the alderman’s office.  Aldermen know their communities.  They know their schools — both traditional neighborhood schools and charter schools — and their local community organizations.  They also know what city services are available.

These outreach workers, once trained and armed with attendance information from the schools, would visit the homes of students with chronic absence problems, making connections for the students and their parents with the social workers or psychologists in schools where these support staff exist and have time to take on extra students.  More likely, the outreach workers would connect families with public services, such as health clinics and sites for Medicaid applications.

Another reason to locate outreach workers at the alderman’s office is that a single home or apartment building may have chronically absent students who attend multiple schools at more than one level–preschool, elementary or high school.  Outreach workers could make sure that efforts to help these children are coordinated, even if students are in different schools.

Dropouts could be put in touch with some of the city’s nearly-empty high schools, which have plenty of space and would surely welcome more students – and the money that comes with them.

This arrangement could be the beginning of a meaningful partnership between the city, the schools, and their communities.  Everyone wins, and if attendance improves, educational outcomes will improve.

Nancy Brandt is retired and previously worked for the Continental Bank/Bank of America Foundation, managing its grants to education and youth programs. She is a board member of the Community Renewal Society, which publishes Catalyst Chicago and The Chicago Reporter.