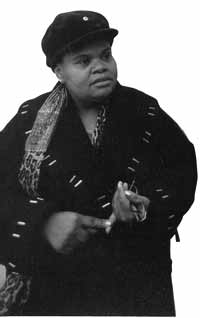 Some schools struggle to get a bare minimum of parents and community residents to sign up to run for local school council seats. Other schools draw more candidates than they need and play host to contested council elections.

“Usually, when that’s the case, [school] issues are hot and heavy, and the parents are more inclined to come out and get involved,” says Estelle Jarrett, CPS assistant director of school and community relations.

South Loop Elementary has been a hot and heavy battleground for parents and Dearborn Park community residents for over a decade. On one side are low-income parents from nearby public housing developments whose children attend South Loop. On the other side: middle-class residents of Dearborn Park, many of whom send their children to schools in other neighborhoods. The two sides have fought continually over control of the school and have not yet achieved a peaceful coexistence. Recently, the reassignment of a principal to central office further rankled parents and staff.

All of this combined to produce one of the largest candidate sign-ups in the city: 14 parents and five community members are vying for eight council seats.

Five parents and two community candidates were recruited by South Loop Education Alliance, a newly formed group of Dearborn Park residents and parents with a mission to move beyond past hostilities and focus instead on “fresh ideas.” The group received an $1,100 grant from the School Leadership Development Cooperative and used the money for campaign efforts, such as printing flyers and banners, and holding meetings.

“We believe that all children deserve the best education that our tax dollars can provide—the best teachers, the best books and a safe environment,” says President Lauren Rhone, who is pregnant with her first child.

Rhone says she and other members are dissatisfied with the current council and concerned about student test scores, the quality of textbooks and the lack of parental involvement with the local school council. “For the last three meetings that they’ve scheduled, the LSC has not been able to have a quorum because parents don’t show up,” she says. “This concerns us greatly because we know how important it is that the LSC must convene on a monthly basis to do the business necessary for the school.”

LSC Chair Sheila Garrett, a South Side resident, agrees that test scores need improvement but counters that textbooks are purchased every year and parents are involved at the school and on the council. Some parents miss meetings because the time conflicts with their work schedules. “This was brought to the council, but certain members refused to change the meeting time,” recalls Garrett, who has two children attending South Loop. “[These parents] have to work for their children to eat.”

Garrett and three other LSC parents are seeking re-election. She says she did not recruit parents to run for the council because she didn’t have to. The sudden reassignment of Principal Shirley Woodard motivated many parents to sign up, she says, and others wanted to run out of concern about their children potentially being transferred to a different school.

Garrett is skeptical about Alliance members’ motives for getting involved at South Loop and recruiting for the LSC election. “They refuse to send their children to the school with us, but they want to control the school and the education of our children,” she says.

Alliance member Eileen Ross says the group’s only goal is schoolwide improvement. “The children who attend South Loop are our primary goal,” says Ross, a parent who sends one of her children to Mt. Carmel Academy. “We just want a high-quality school. When the school has better test scores, better books, computers and after-school programs, then we have succeeded in our mission.”

The Alliance is inviting parents to join the organization for free; community members pay $35 in dues. To attract new members, the Alliance hosts parent mixers with food and prizes and e-mails school news to a network of 200 people.

Garrett, who has been on the council since the school opened in 1990, says she will remain committed to South Loop, whatever the outcome of LSC elections.

“The new council will determine what’s going to happen to South Loop. It’s the kids that the focus should be on. The investment is my kids.”