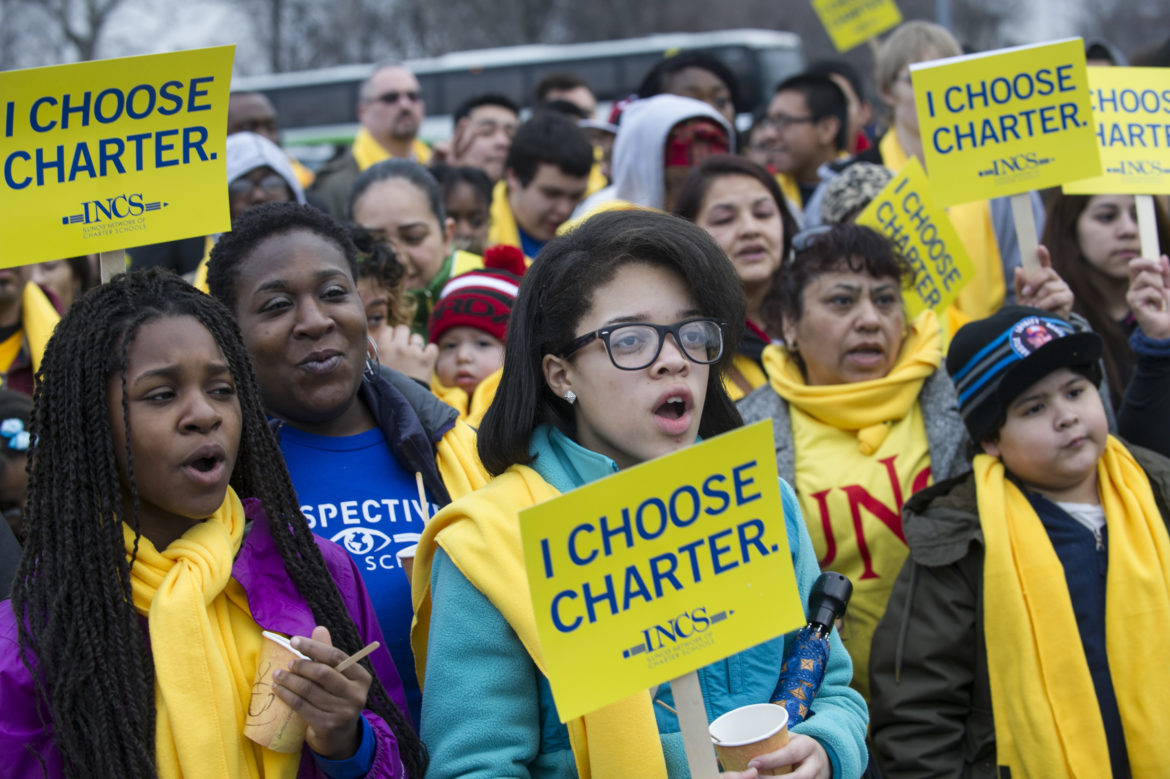 Earlier this summer, a half-dozen Southwest Side principals watched quietly as their counterparts across town banded together with politicians and parents to publicly fight off a proposal to move the Noble Academy charter high school to the Uptown neighborhood.

Then they heard from Patrick Brosnan, executive director of the Brighton Park Neighborhood Council. Brosnan had been focused on the state budget, but the Noble issue caught his attention — especially when he realized that the Noble Network of Charter Schools was eyeing the possibility of opening up two new high schools in Southwest Side neighborhoods.

“After we heard from Patrick, my fellow principals and I started reaching out to each other and asking, ‘What do you know? What do you think?’” recalled Karen Boran, principal of Hancock High School.

The consensus: they didn’t want another charter school in the area that could lure some students away from their schools, some of which have seen big  improvements in recent years. And so, following the North Side principals’ lead, they decided to work with the Brighton Park group and put up their own fight.

On Thursday, they’re officially launching the campaign with a public forum for parents, students, community activists and elected officials at Kelly High School. Principals who’ve been involved in the discussions include those from Hancock, Kennedy, Kelly, Curie, Gage Park, Back of the Yards and Hubbard high schools, Brosnan says.

Until recently, the most vocal opposition to charter schools has come from the Chicago Teachers Union and community activists. But longtime observers say the campaigns by the North and Southwest side principals – in addition to a few examples of outspoken individuals, such as Blaine’s Troy LaRaviere and Schurz’ Dan Kramer – illustrate a broader trend of neighborhood school leaders building alliances with each other and speaking out.

It’s not that principals didn’t talk about these issues before. Rather, they feared retribution if they went public.  But as the number of students in the district continues its slow decline, and charter schools continue to gain in enrollment, neighborhood school leaders and their supporters say it’s become a matter of survival.

“It’s time that we voice our concerns collectively,” says George Szkapiak, principal of Kennedy. “We don’t understand why the board is considering opening up charters in this area when there are proven successful schools in this area.”

Still, Noble administrators point out that some 1,500 students who live in the three zip codes where the network is proposing new high schools are already attending a Noble campus elsewhere.

“That’s a pretty significant number of kids who have to travel to get to a Noble school,” says Matt McCabe, a former teacher who is now the network’s director of governmental affairs. “The question for principals is, why are parents choosing Noble? Nobody is forcing any parent to go to a particular place — whether it’s Noble, CICS, or any charter school, private school, or Catholic school.”

Earlier this year, Noble submitted proposals to open up three high schools in the 2016-2017 school year. The network withdrew one of the proposals for the Rogers Park area after facing opposition from neighborhood high school principals, community activists, parents and local politicians, including U.S. Rep. Jan Schakowsky.

(Separately but around the same time and for the same reason, the charter network pulled a proposal to relocate the existing Noble Academy to the gentrified Uptown neighborhood and instead is temporarily co-locating with another charter school in the Old Town area.)

Noble’s remaining two proposals for new charter schools include an 800-seat school in Garfield Ridge and a 1,100-seat school in Brighton Park. McCabe said he could not share details about the sites as the network is still in negotiations over the properties. He added that Noble would use philanthropic dollars and federal funds to pay for start-up costs associated with opening any new schools, as CPS has said it would stop providing charters any startup cash as part of its recently announced $200 million in budget cuts.

McCabe said that it’s not the intention of anybody in the network to hurt neighborhood high schools. The “hope,” he says, is to alleviate overcrowding at some schools while providing families with another option.

“Area high schools seem to be overcrowded,” he said. “Our mission is to provide a great education for our students […]. There’s no part of what we’re doing that wishes ill on another school at all.”

Eight Southwest Side high schools –including two United Neighborhood Organization (UNO) charter schools – are projected to be at or over capacity next school year, according to recently released enrollment projections and district data on school utilization. A ninth school, Back of the Yards, which has an IB program, opened in 2013 and is still adding grades. Only Richards, Tilden and Gage Park are under-capacity, and all three schools are projected to lose enrollment next year.

Brosnan acknowledges that there are a lot of families in the Southwest Side who “would really like to have a Noble school down here.”

But he fears that a continued increase in charter schools – without any new students in the district – will spell the end of neighborhood schools. “Nobody wants to live in a neighborhood like that, where it’s just winners and losers for high schools,” he says. “The only way you can do that is by protecting schools and having a rational education policy that includes no more expansion.”

His organization – which has been a CTU ally – called for the meeting on Thursday, which takes place at Kelly High School. Speakers will include students, parents, Local School Council (LSC) members, and some elected officials, such as Cook County Commissioner Jesus “Chuy” Garcia and State Sen. Martin Sandoval, Brosnan says.

Earlier this month, Illinois House Speaker Mike Madigan and Ald. Marty Quinn – whose districts include parts of the Southwest Side – wrote a letter to interim CPS CEO Jesse Ruiz to formally register their opposition to a charter school in that part of the city.

Andrew Broy, president of the Illinois Network of Charter Schools (INCS), says that the true demonstration of a community’s support for a charter school will come at the time of student enrollment. “What’s going to happen if a Noble school opens up in the Southwest Side is that parents will flock to it, and there’ll be a waiting list,” he says. “If there’s no community support for charter schools, no one will send their students there.”

Broy attributes the growing opposition to charter schools to the new element of “funding competition […] a reality we didn’t see five, or eight years ago.” In addition, he says charter schools have become a “political pawn” in the public debates between the district and the CTU.

He’s calling on the district to do a better job of developing an overall city strategy for all new schools – including charter contract, alternative and selective-enrollment schools.

“The district needs to have a very clear strategy to say, ‘Over the next five years, we think we’ll need X number of new schools,’” he says. “What we’ve done in the past two years, with year-to-year ad-hoc decision-making – doesn’t help anybody. District-run schools or charter schools.”