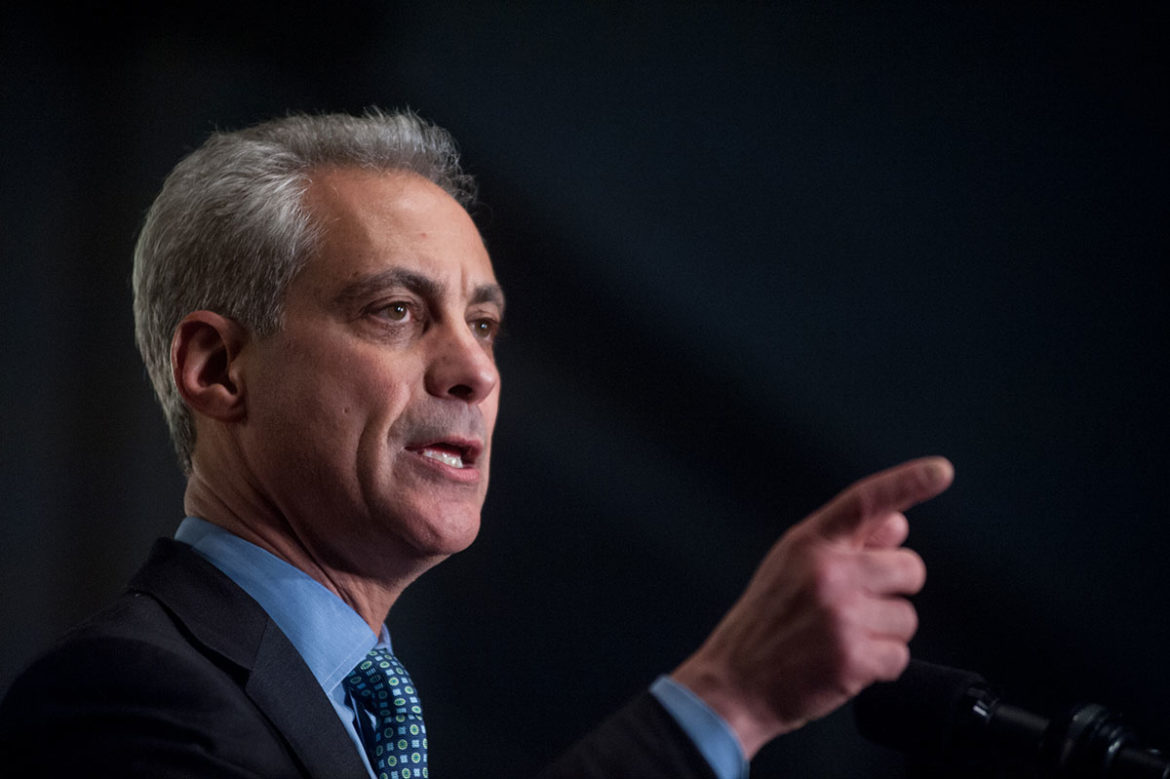 Mayor Rahm Emanuel is back in town after a European jaunt with an entourage of local technology executives, paid for by World Business Chicago, the taxpayer-supported economic development group.  Before that the mayor had a series of national media hits, including a controversial op-ed in the New York Times and a fawning interview with Fareed Zakaria on CNN.

A lot happened while he was gone, and much of it raises the question of how much has changed in this city under Emanuel’s leadership.

First, just as Emanuel was packing his bags, one of his top union backers, longtime Teamster leader John Coli Sr., was indicted for extortion.  It was like a headline from the 1970s.

Coli gave Emanuel an early endorsement in his first campaign for mayor, and he backed Emanuel when he imposed work-rule changes on union workers. Those changes mainly impacted other unions.

As Emanuel was jetting off to London the next day, the city released a second batch of racist and sexist emails circulated among top levels of the water department.  A couple days later an inspector general’s report revealed even more racist emails.

It was more déjà vu for longtime Chicagoans. The scandal resulted from staffing the water department with “persons whose social or political connections were their chief or only qualification for the job,” commented Ald. Roderick Sawyer, 6th, chair of the Black Caucus.  The emails “exposed that these individuals hold black Chicagoans in contempt,” he said, noting that department bosses “looked the other way and did nothing.”

Emanuel brags about ending the Shakman Decree, which barred patronage hiring.  Maybe we need it back.

Of course, it was the water department that provided machine foot soldiers for Emanuel’s first campaign for Congress years ago – according to testimony in the Hired Truck prosecutions – in return for promotions and other favored treatment.

Now African-American water department workers have filed a federal lawsuit charging they were denied promotions and subjected to racial slurs and sexual harassment.

Next came the bombshell story from the Better Government Association and Crain’s, detailing “an elaborate financial shell game” to pass $55 million in TIF funding from the McCormick Place convention center to the decidedly non-blighted Navy Pier.

“We don’t keep any” of the TIF funding, the chief financial officer of the Metropolitan Pier and Exposition Authority wrote in an email.  “We pass it along in full…. It’s a one-time arrangement that we are just a middleman in. We don’t actually get any funding.”

City officials have tried to play it off as just a matter of cash flow.  But the report shows that MPEA didn’t need the money to complete the project – and it’s mighty fishy that the amount of the TIF subsidy was precisely what Navy Pier needed to complete its renovation.

This is a dramatic new twist on another old story: TIF as unaccountable slush fund. But it comes at a moment when the diversion of TIF funds from the city’s schools is once again in the spotlight, as Gov. Bruce Rauner threatens to block state funding for schools.

Emanuel, who had no involvement in resolving the state budget crisis, seems to have only one strategy for addressing the school funding crisis, which is to avoid admitting that he has a record TIF surplus that could probably be better used by Chicago Public Schools than by Navy Pier.

The Chicago Teachers Union maintains adequate school funding will take both state and city money.  “When the mayor claims he can’t show his hand in negotiations with the Illinois state legislature, we already see his cards: more borrowing at payday loan interest rates and even deeper cuts to our classrooms,” according to a statement from CTU spokesperson Ronnie Reese.

“Chicago Public Schools forks out approximately $70,000 a day in loan interest at rates as high as 9 percent,” he adds. “That money is funding banker bonuses instead of trauma counselors, smaller classes for kindergartners, and more librarians and social workers.”

Which brings us to the final story, and it’s not new at all: While the mayor and his corporate buddies were jetting around Europe, the murder rate in Chicago remained slightly higher than it was last year, when it broke recent records.

In light of that fact, the sunny, cherry-picked economic statistics for the city that Emanuel cited for Fareed Zakaria fall flat.  The reality is that Chicago is a “national leader in joblessness among young people, particular young black people living in highly segregated neighborhoods wracked by violence.”  Chicago has the largest gap in young adult employment rates between blacks and whites of any large city in America.  And under Emanuel, that gap has continued to grow.

Chicago desperately needs change, and Emanuel keeps giving us more of the same ­– and worse.