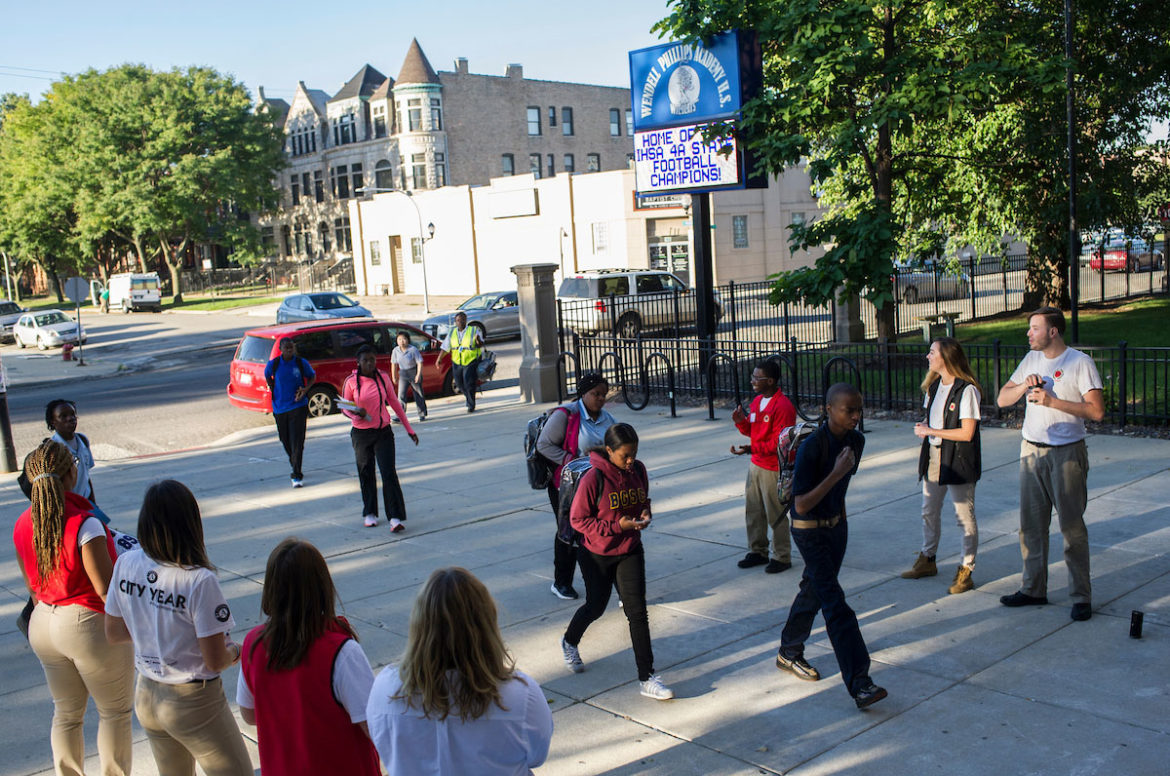 Underlying the immediate fiscal crisis at Chicago Public Schools – with CEO Forrest Claypool now threatening to shorten the school year by three weeks (though that might only save half the money he claims) – are much larger realities.

First of all, it’s not just a matter of a shorter school year for 2017. With hundreds of millions of dollars cut from school budgets in recent years, we are witnessing the steady evisceration of the city’s public school system.

This is the result of malign neglect by the powers that be, particularly Gov. Bruce Rauner and Mayor Rahm Emanuel.  Rauner wants a law allowing school districts to declare bankruptcy, the better to dump union contracts and pension plans.  For his part, Emanuel may not favor bankruptcy, but he shares Rauner’s agenda of privatizing education.

“Rahm’s basically washed his hand of the schools,” said Kurt Hilgendorf, policy analyst for the Chicago Teachers Union. “Forrest is the fall guy so Rahm doesn’t have to stick his neck out on this.”

Claypool’s latest threats are aimed at influencing legislative and legal machinations: a pension funding bill in Springfield which is part of a “grand bargain” on the state budget that’s looking very uncertain, and a lawsuit in which CPS is seeking an emergency ruling ordering the state to equalize school funding.

But as much as CPS deserves equal funding, it’s hard to argue there’s a real emergency when the money CPS needs is sitting in the city’s tax increment financing accounts. Those accounts contain about $1.35 billion at last report, according to Tom Tresser of the TIF Illumination Project, with $461 million collected last year. And TIF proceeds are increasing as property taxes and property values go up.

There’s enough there to cover not just the $130 million hole in CPS’ current budget, but to restore the cuts made after Rauner knocked $215 million out of the district’s budget last year.

Instead, Emanuel prefers to maintain control over TIF funds so he can disburse them in dribs and drabs around the city – as if new housing and better retail strips will save a city where the schools are in the tank.

That’s the deeper reality: the money is there.  It’s there in TIF accounts, and it’s there in the vast wealth being generated in the city that just isn’t being sufficiently tapped because of a lack of political will.

Within this big picture, one small detail jumped out at me: To save $5 million, Claypool is considering eliminating summer school for elementary and middle school students. In a city where young children are being killed on the street, it seemed like a remarkable suggestion.

“It’s unconscionable,” said Patrick Brosnan, executive director of the Brighton Park Neighborhood Council. “Those are kids who are struggling, they’re dealing with trauma, with learning disabilities, with unstable families.  And it’s the same communities where there is literally nothing else for these kids.”

He points out that while Claypool threatens to cut summer school to save $5 million, Emanuel is spending $20 million on new sidewalks and streetlights – and “granite-cobbled intersections” – for Fulton Market.

Brosnan and the BPNC should have some credibility on these issues.  A couple years ago, they warned that state budget cuts in violence prevention programs would reverse the reductions they had achieved in gun violence and gang participation.  Indeed, DNAInfo reports that shootings in Brighton Park are up 300 percent over the past three years.

Hopefully, that fund will fare better than the last private anti-violence fund the mayor established.  Brosnan is concerned that it’s entirely focused on young adults, with nothing for adolescents. “It’s very shortsighted,” he said.  Without a sustained violence prevention strategy, he worries that the stream of disconnected youth will continue to flow. He says BPNC and other community groups will continue to press the mayor for direct public investment in violence prevention.

BPNC has organized and provided counseling and other services in local schools, and it has made a difference.  Brosnan argues for a broader understanding of the role of schools.

Fully funded schools are critical to violence prevention efforts, and they’re critical to economic development efforts, Brosnan said.  We regularly hear local bigwigs describe O’Hare Airport as “the region’s economic engine.” But that’s an engine that fuels an elite “global city” development strategy and leaves out neighborhood residents (even those who work at the airport).

We’re spending billions on O’Hare, and perhaps more to build a high-speed rail for the corporate class. What if we recognized and supported our public schools as the real economic engine of the city’s neighborhoods?