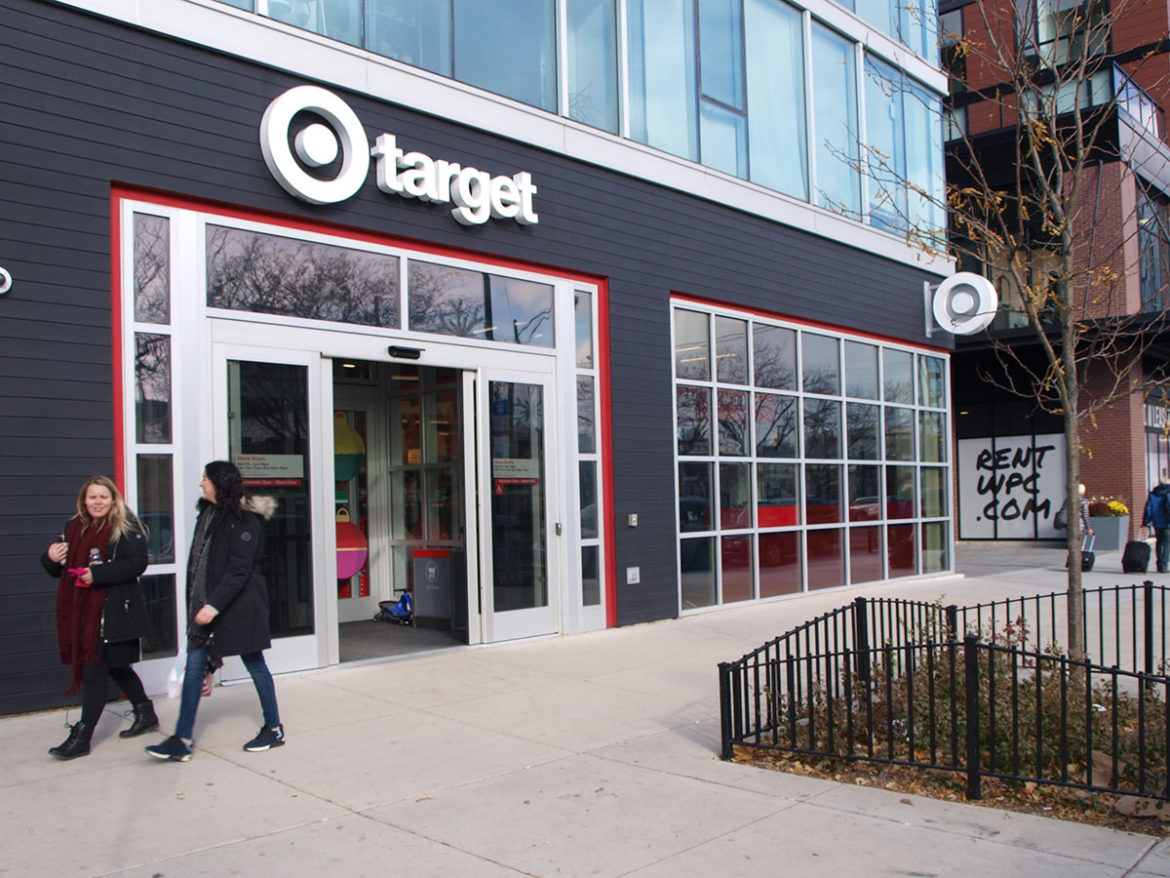 The newest Target store in Chicago, located at 1664 W. Division St. in Wicker Park, exemplifies the kinds of neighborhoods where the retailer is expanding: younger, wealthier and whiter than the city as a whole.

The Target at 87th and Cottage Grove had become a favorite for seniors for its accessible parking just steps from the entrance.

But come February, there will be no Target stores in Chicago south of 53rd Street after the company announced plans last month to close its locations in Chatham and Morgan Park, a move that has drawn widespread criticism from African-American residents and elected officials.

“That’s how they do us in the black neighborhoods,” said Coneva Davis, who’s lived in Chatham since 1965 and has grown accustomed to big-box stores abandoning the community. “It’s ridiculous.”

At the same time as the Minneapolis-based retailer is closing nearly all of its stores on the South Side, it has plans to open two more stores on the North Side next year. By the end of 2019, 16 of the company’s 19 Chicago stores will be north of Roosevelt Road.

A Reporter analysis of Target’s Chicago locations and Census data shows the retailer is opening smaller stores in younger, wealthier and whiter neighborhoods. 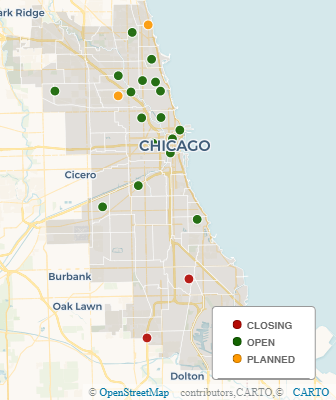 A map of Target locations in Chicago shows continued investment on the North Side, even as the retailer plans to close two South Side stores. Source: City of Chicago Business Licenses

Target has opened six new stores since October 2015, all but one of them on the North Side: In Streeterville, Lincoln Park, Hyde Park, Wicker Park, and two in Lakeview. Next year, new stores will open in Rogers Park and Logan Square. City officials have also said a new shopping center in Albany Park that received $13 million in tax-increment financing earlier this year will include a Target, though the company hasn’t formally announced that location yet.

For comparison, the Chatham store is in a ZIP code with a median income of just $32,024, while the median income near the Morgan Park location is nearly $60,000.

Target claims that there is no racial bias behind their store closings, and that the Chatham and Morgan Park stores were simply underperforming.

“Our decision to close the stores at 11840 S. Marshfield Ave. and 8560 S. Cottage Grove Ave. is based on the performance of the stores and is not about a neighborhood or geography,” the company said in a statement. 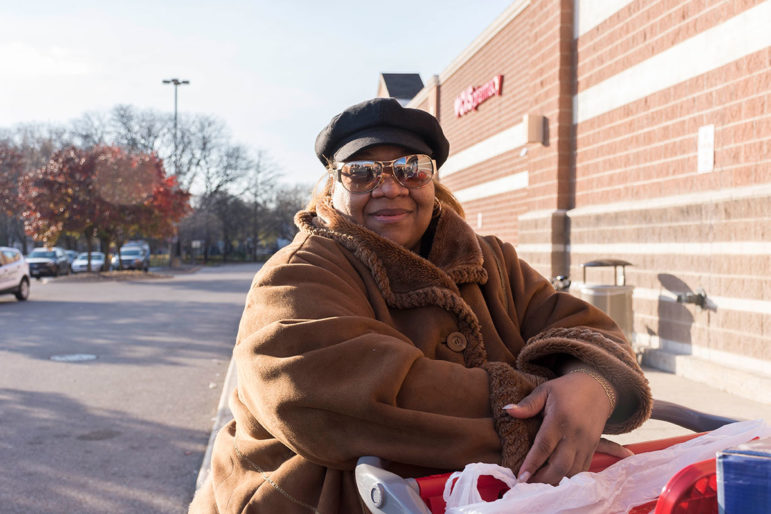 Yolanda Lindsey has been shopping at the Target in Chatham since it opened in 2002. She says she doesn’t know what she’ll do when the chain closes in February.

Last Thursday, Niki Moore made her second visit to the Chatham Target in a week, to stock up on groceries along with household essentials because it’s one of the only “one-stop shops” nearby.

“I think it’s a tragedy because we don’t have too many places to shop in the community,” she said. “We’re getting really, really sporadic with our shopping centers. It goes back to why our kids are obese. More and more corner stores and less grocery stores.”

Ald. Roderick Sawyer (6th), whose ward includes the Chatham Target, acknowledged community members were upset about the announced closure, but said he was already moving on to solutions. He said he met with the Target team, which owns the building, about options for the next tenant or owner.

“We just have to find a way to repurpose the building. I’m not going to sit around and beg someone to stay who doesn’t want to be here,” he said. “I want to make sure it’s deliberate with community involvement. It’s not something that’s going to be done overnight.”

The shopping centers in Chatham and Morgan Park that Target is abandoning are still home to several large national chains including Walgreens, GameStop, Foot Locker, Marshall’s and GNC. In fact, Old Navy just opened a store in the Morgan Park shopping center where Target is closing.

However, the disinvestment of big-box stores from black neighborhoods is not entirely new. As we reported in 2015, large retailers like Target tend to steer clear of poorer, black neighborhoods, leaving openings for small business, like corner stores, and stores like Family Dollar that target underserved communities, sometimes to their detriment.

Earlier this year, Sawyer and business owners from the area railed against King Food and Deli, which sits a few blocks west of the Chatham Target, for their limited grocery options, unhealthy snacks and host of tobacco products. They dubbed the small convenience store located at the corner of 87th street and South King Drive a “problem business” contributing to negative stereotypes with its bulletproof glass counter.

As rumors swirled last week that the business was closed, Sawyer said the business would be transitioning to a “full-service food place,” based on community input.

“It’s a testament of how the community can work together with businesses to provide something more in line with what the community wants,” he said. He added that while he’s in favor of more mom-and-pop stores for the area, that probably won’t be an option because of the size of the Target property.

For Yolanda Lindsey, 51, who was born in Chatham and has shopped at the Target since it opened in 2002, the changes, however inevitable, are disheartening.

“I hate it…This is the only store in the neighborhood that has everything you need,” she said. 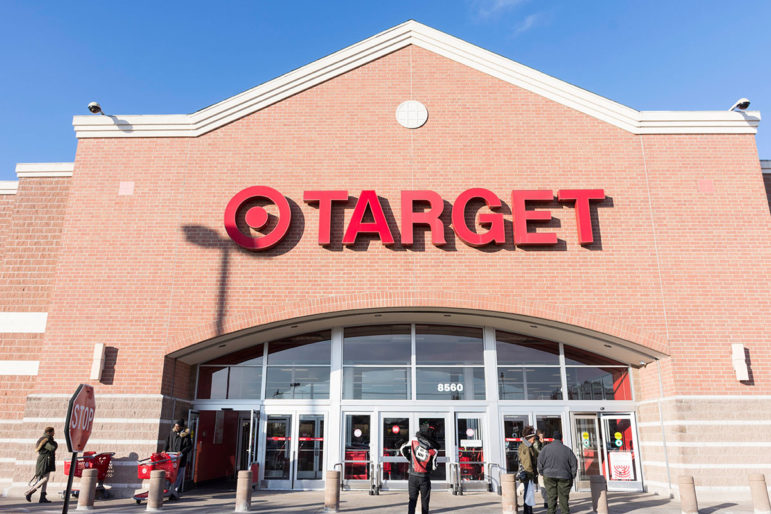 The Target in Chatham is a favorite among seniors and is located in a zip code with a median income of $32,024, considerably lower than the citywide median of $50,434.

Even though Target officials said the decision to close the South Side stores on February 2 is final, some politicians are intent on punishing the businesses for its disinvestment while they still can.

U.S. Rep. Bobby Rush (D), whose district includes both the Chatham and Morgan Park stores, is organizing a protest in front of the Chatham Target beginning at 7 a.m. on Black Friday. He said the company added insult to injury by staying open through the holiday season only to pack up and leave months later.

“We want to drive home to other retailers you won’t treat us in the manner Target is treating us,” he said.

While the company says it will work to fill the vacant space, it won’t be easy. To Rush, the closure draws comparisons of Jeffrey Plaza, near 71st and Jeffrey, which never fully recovered after Dominick’s left in 2013.

“It’s a gaping hole for the community that certainly creates an expansion of the food deserts, quality shopping deserts and pharmacy deserts,” Rush said.

Correction: An earlier version of this story incorrectly stated the time of a protest planned to take place at the Chatham Target on Friday, Nov. 16.