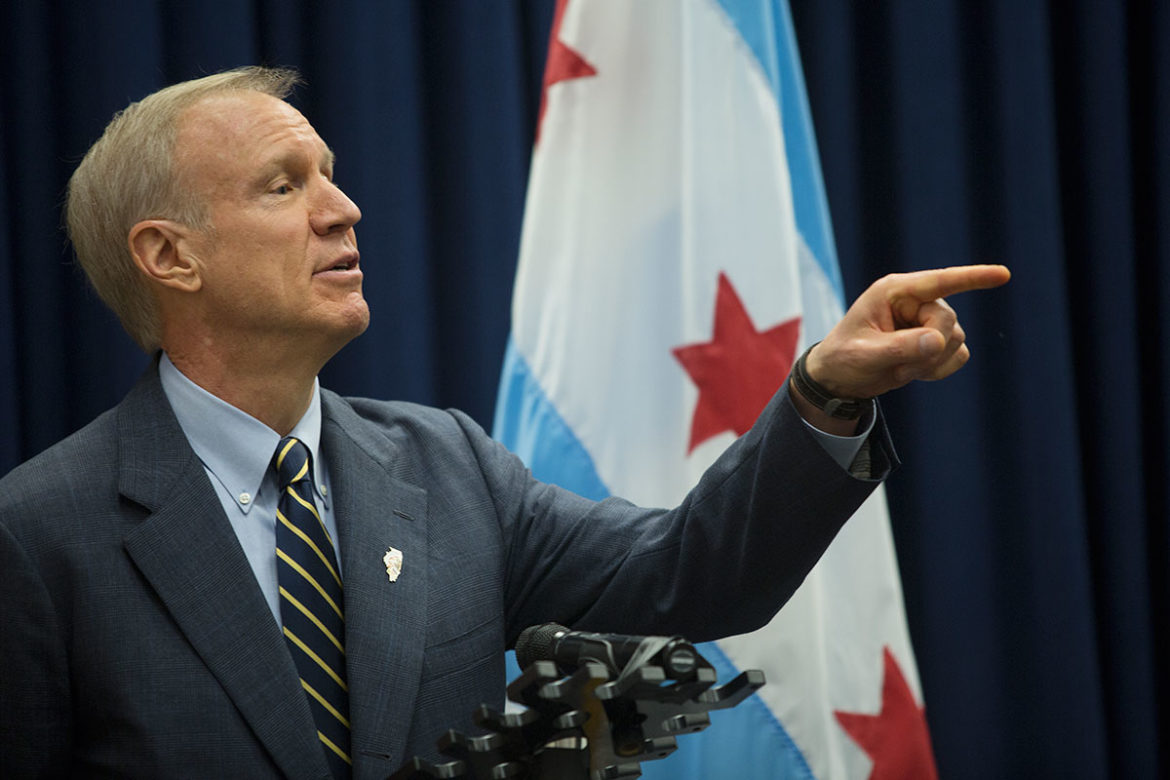 If you watch television, you’ve probably seen the ad urging you to sign a petition for term limits. It’s sponsored by Turnaround Illinois, one of the Super PACs controlled by Gov. Bruce Rauner.

The ad features actors playing real people complaining about a broken political system.  One exclaims, “Let’s get a petition going!” Another chimes in, “Let’s get a million signatures!”  Then Rauner appears, saying, “Let’s all sign the term limits petition.”

Turnaround Illinois has booked over $1 million in TV time for the ad across the state, and they’re just getting started, Rich Miller reports at Crain’s.  The PAC was launched last year with a $4 million donation from Sam Zell, the billionaire real estate operator who took over the Chicago Tribune and drove it into bankruptcy. Rauner himself has kicked in $2 million and change.

The problem is that the “Fix Illinois” campaign – which Miller characterizes as “pretty much solely political and more than a bit phony” – is not talking about real solutions to a broken political system.  Instead, it’s a prime example of precisely how the political system is broken and shows how big money dominates and distorts our political discourse.

Turnaround Illinois paid actors to give the impression of a grassroots groundswell, but they’re just the face of the group’s campaign. The real players are the ones who write the checks.

Term limits are popular, but they aren’t a solution, not if you judge by the experience of states that have enacted them.  In those states, studies show, fiscal problems and partisanship have increased, and power has shifted to the executive branch, legislative staffers, and lobbyists.

It’s a phony issue, as Miller says, because term limits aren’t on the ballot in November and may never be. But they serve Rauner’s narrative that the problems in Springfield are caused by Democratic legislators, especially House Speaker Mike Madigan.  And championing the cause could boost Rauner’s sagging ratings.

Plus, it’s a phony issue because Rauner is using it to strike a populist posture while misdirecting the public’s attention from his real agenda.  We saw this during his campaign two years ago, when he spent tens of millions of dollars on TV ads, not to call for eliminating the prevailing wage or using bankruptcy to dump teachers’ pensions, but to tell voters he would “shake up Springfield.”

Rauner’s not alone in using this approach. In our system of privately-financed campaigns, it’s par for the course. (We saw another example last year when Mayor Rahm Emanuel used a huge TV budget to obfuscate issues such as policing and taxes.)

But Rauner is an extreme case, and not just due to his personal wealth.  With his ideological opposition to “big government,” he has no apparent commitment to actually crafting solutions to the day-to-day problems of government, such as balancing a budget.  He remains in permanent campaign mode, issuing ultimatums rather than finding common ground with opponents and using his wealth to throw his political weight around.

Virtually everyone – Rauner included – recognizes the basic solution required to fix the state budget: Raise sufficient revenue to meet the demand for state services, whether via a bump in the income tax, expanding the sales tax to services, or closing corporate tax loopholes.  But this kind of consensus around basic solutions is not what he’s after.

And whatever the merits of particular proposals, term limits and redistricting reform aren’t going to fix a broken political system as long as the “wealth primary” allows a small elite – whether headed by Madigan or Rauner – to determine who will be a viable candidate.

Chicago could take a huge step in this direction by passing the Fair Elections Ordinance, establishing a small-donor match system of the kind that has removed special interest funding from municipal elections – and put regular voters at the center of the political process – in other cities.

Passing the ordinance wouldn’t impact Rauner or Madigan.  But it would demonstrate that there’s a far better way to conduct politics.