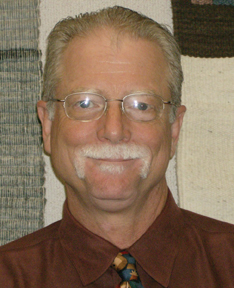 On April 10, Dennis Doyle, an assistant superintendent in California’s largest elementary school district, and David Vitale, formerly chief administrative officer for the Chicago Public Schools, described their respective districts’ efforts to empower and support schools to do what is best for their students and communities. To a large extent, the Chula Vista (Calif.) Elementary School District reflects Edmonton, Alberta, Canada, in its degree of decentralization. The following are edited highlights of their remarks, which were delivered as part of the 2007 Chicago Schools Policy Luncheon Series, “Making School Autonomy Work for Children.” To listen to their full presentations, go to www.catalyst-chicago.org and click on “On the Air.”

Since 1997, Dennis Doyle has served as an assistant superintendent of the Chula Vista (Calif.) Elementary School District, which lies between San Diego and the Mexican border. The rapidly growing district has 27,000 students—almost a third of them English-language learners—and 43 schools.

THE GENESIS OF CHANGE

It’s almost 13 years since the purposeful transformation of the district started. Our board of education hired a new superintendent with the charge to take a mediocre district that was quite content being mediocre and turn it upside down, ratcheting up student achievement.

At the time, this was a top-down structure. There were all kinds of specialists, managers and resource directors, and they had their little empires. They were very good at compliance and regulation, but when it came to changing teaching and learning, almost nothing got into the classroom.

The district office was taken apart, and systematically, all of those positions were eliminated, and the dollars were pushed into the schools.

We began recruiting principals who were willing to fly without a net. We built a data system that can give you incredible information about the district, and then you can drill down to schools, to individual grade levels, to classrooms, to individual students.

We have a new organizational chart, and instead of having superintendents and the board at the top, we have students at the top. Then we have schools.

Our roles in the district office are very different now. We’re in schools every single day. We go in and ask tough questions that sometimes folks in our schools don’t like, but we feel the obligation to ask them continuously. We let go of principals. From time to time, we have faculty who are just stuck, and we have to step in.

We provide mediation training for all of our principals because, quite frankly, this work is messy. Anyone can apply for any position that opens, so it’s no longer based on seniority. We also do a customer-satisfaction survey every other year.

All of us are engaged in looking at succession planning, and we’re looking at legacy and trying to create the kind of institution where people are continuously challenging each other to recreate it as they’re going along—to do a better job for children.

Charters have served as the research and development arm of the district.

Charter schools were invited and continue to be invited to all district meetings, and they readily participate. So when charter teachers and parents get up and talk about the experience of taking parent-teacher conferences into the living rooms of the families, other principals, sitting with their parent leaders, get asked, “Why don’t we do something like that?”

In California, all charter schools are required to give a report to the board of education every year. Well, their PowerPoint reports were so full of incredible data that the board said, “If we’re holding charter schools to this level of accountability, why aren’t we holding all schools to this level of accountability?” And, indeed, they now have every single school come in and do a public accounting for their data.

In thinking about whole-system change, it is important to have charters strategically positioned within the district to be that catalyst.

We’ve raised the question: What are the goals of the charter movement? Are we talking about individual schools that are islands of excellence? Or is it a religion that we have to convert every school to a charter school? Are we going to have a parallel system that competes with the traditional public school system? Or can charter schools help chart the course for a whole new model of educational delivery? Why don’t all schools operate as charters? What would such a district look like? That’s a fundamental question that we’re taking up at this time.

You know the architecture under which we currently try to operate the system. It starts with a goal that is not dissimilar from Dennis’—that every child can learn and that it’s our responsibility to provide the best education possible for the world of secondary education. Somebody from the outside might think that that’s pretty obvious, but as I learned when we got on the inside, getting commitment to that statement took a little work.

One of the more significant things that we’ve said is that it all happens at the school. Schools are where the difference is made.

We’ve had three core strategies, starting with the fact that instruction is what makes the difference and that we need to improve the quality of instruction.

Second, improving our human capital is critical, and that has led to reform of teacher hiring, reform of principal hiring, and investing in the quality of the people that we have working at the center.

A third core strategy has been to expand educational opportunity for all of our children. That gets to extending the day through after-school programs, extending the age bracket to early childhood, and providing choice through charters and other initiatives like performance schools.

When I came to the district, I identified eight areas that need transformational change if we’re really going to achieve those objectives.

One, we were very reactionary to everything that went on. Today, we have plans for everything. They’re critical because they keep you focused on the objective.

Second, I found the district to be organized by personality, not by strategy. I know that there’s been some concern that we have changed organization frequently over the last three or four years. But we have to keep changing the organization to meet the demands of strategy implementation.

[For example,] four or five years ago, there was no New Schools Department in the way it’s currently structured.

Third, I found that resources were too often allocated by negotiation, not by policy and not by need. We have worked extraordinarily hard over the last four years to get resources, which we all know are not as much as we should have or need, to be allocated in a strategic way.

Fourth, if we were going to have the school be the center of the action, then the role of the center needed to change to one of support and service. We’ve made large progress. For example, we took the administrative services away from central departments and created a new service organization and put it out in the field.

Another observation I had was that we looked at people as positions or jobs, and in a service organization that is not going to work. People are our most important asset, and we need to treat them that way. The level of talent and the quality and the preparation and training of that talent is absolutely key to our success. Over the last four years, I think we’ve built a human-resource function in support of schools that is first-rate. The first thing we had to do was collect all the pieces that were spread all over the organization and then organize them in a way that actually would serve our employees.

Also, we have lots of neighborhoods that have different needs and different schools. You can’t possibly manage every school the same way.

So we’ve moved a substantial way towards differential management. AMPS [selected schools with more autonomy] is a classic example of that, as are charter schools. We now have roughly 83 campuses that are run by the New Schools Department, and we’re up to about 110 AMPS schools run by the AMPS Schools Department. That’s almost a third of our schools operating with autonomy that allows them to reflect the needs of their communities.

Finally, we had a very risk-averse culture, one that was grounded in the status quo. We had to become performance-oriented, and we needed to have the data. When I came here I had never seen [so much] data piled up in a warehouse, that was totally useless. Taking data overload and data confusion and turning it into information that could be used to be make decisions is absolutely critical if you wanted to run the school system the way Arne said we did. As many of you know, we have all-new financial systems and a new HR system. By the fall, we will have an entirely new student-information system, which will be state of the art on data collection and management and provide information that’s usable by our teachers and principals, as well as the central office.

My efforts have been focused on what is needed to support the strategic vision of the system. Too often, I think we focused on the initiatives but not the supporting infrastructure. We have challenges with all of these. None is done. They will never be done. There’s a certain amount of pull-back on all of them that’s natural in organizations like this, and we’re going to have to constantly fight to move the agenda forward. 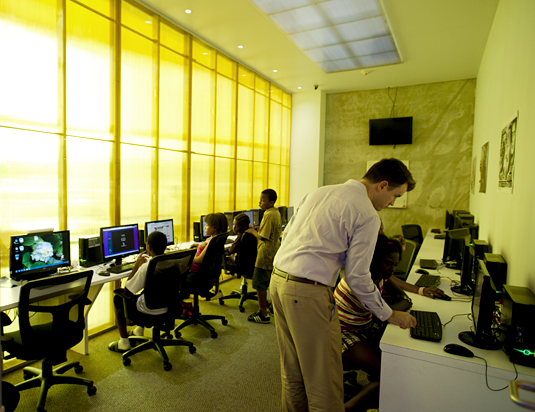 Steven Hartley, executive director at PCYC, helps kids log on to the internet where they are allowed to browse or play video games during their free time.