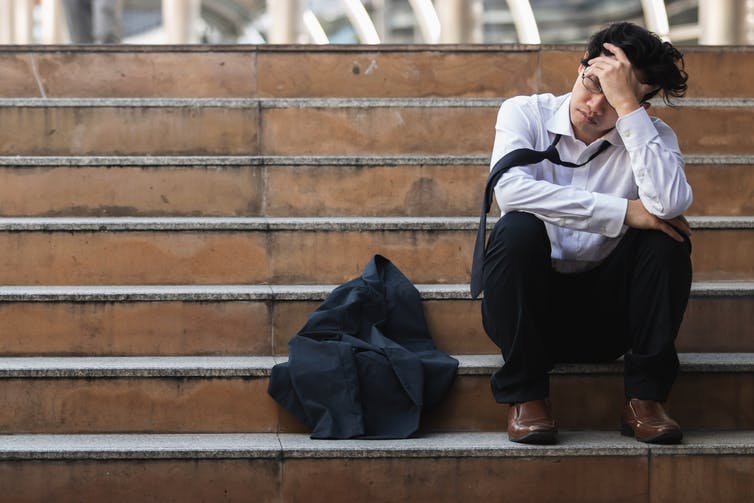 Unemployment and a loss of health insurance are two problems not necessarily captured in official poverty measures.

Who counts as poor in the U.S. today?

Measuring the share of the population that experiences poverty is important to understanding and monitoring how the country’s economy is doing. It also informs the administration of safety net programs, such as Medicaid and food stamps.

Poverty is measured in the U.S. in two ways – but both focus on a lack of income. Currently, those who may have some income but lack other key necessities, like health insurance and access to quality education, are invisible in official poverty data.

Other countries, like Colombia and Mexico, as well as international organizations like the United Nations Development Program, are ahead of the U.S. when it comes to considering the many dimensions of poverty.

The first way that the U.S. monitors poverty is through the official poverty measure. This compares a family’s pre-tax income to a threshold. For instance, in 2017, a family of four was considered poor if their pre-tax income fell below about US$26,000.

The second, newer measure is the Supplemental Poverty Measure. This is an income-based measure that reflects more comprehensively the resources and needs of families, adjusted to geographic differences in housing costs. It adjusts after-tax income by adding resources, such as food stamps, and taking away essential expenditures, such as medical out-of-pocket and childcare expenses.

Say a family of four has an income of US$50,000 and two employed adults but does not have health insurance. One child becomes chronically ill, and the family incurs high out-of-pocket medical expenses, defaults on their mortgage and gets evicted from their home.However, people who are not deemed “poor” by these measures may still be struggling and disadvantaged in many ways. The experience of poverty is not exclusively about income.

This family’s sudden multiple deprivations are currently invisible to policymakers, analysts and journalists looking only at income poverty.

In a April 2016 study, we applied a multidimensional measure of poverty to the U.S.

Using this method, called the Alkire-Foster measure, we looked at five different types of deprivation: income level below the official poverty threshold; poor health; education below a high school level; unemployment for at least the last week; and insecurity due to a lack of health insurance.

We considered individuals or families with two or more deprivations to be poor. Our example family above has at least two deprivations: poor health due to a chronic illness, as well as economic insecurity due lack of health insurance.

Using data from the Current Population Survey, a survey collected by the U.S. Census Bureau, our study found that, in addition to the 40 million Americans who are income-poor, another 5%, or 16 million people, experience at least two deprivations.

Not low-income, but struggling

In May, the U.S. Census Bureau published a report exploring a new multidimensional poverty measure which uses the American Community Survey.

Strikingly, like in our study, the Census Bureau study found that about 5% of the population, or 16 million Americans, experienced multidimensional poverty in 2017, but are not income-poor.

In other words, according to both studies, 16 million Americans are struggling, yet they do not show up on poverty monitoring radar screens and may not be eligible for assistance programs.

While there is no magic bullet for poverty, we feel that it certainly cannot be addressed only through raising wages or increasing the number of jobs.

As the United Nations Special Rapporteur on extreme poverty and human rights noted during his 2017 visit to the U.S., “There are indispensable ingredients for a set of policies designed to eliminate poverty. They include: democratic decision-making, full employment policies, social protection for the vulnerable, a fair and effective justice system, gender and racial equality and respect for human dignity, responsible fiscal policies, and environmental justice.”

A lack of income is not the whole story about poverty. We believe that the Census Bureau and other U.S. organizations that play a role in poverty reduction should adopt a multidimensional measure of poverty, in addition to existing income-based measures. It will provide a comprehensive tool to monitor and address Americans’ disadvantages.

Sophie Mitra, PhD, is a professor in the department of economics at Fordham University with research interests in development economics, disability, health and applied microeconomics.

Dr. Debra Brucker is a research assistant professor at the University of New Hampshire’s Institute on Disability. Brucker uses national level survey data to measure the economic, health and social well-being of persons with disabilities.