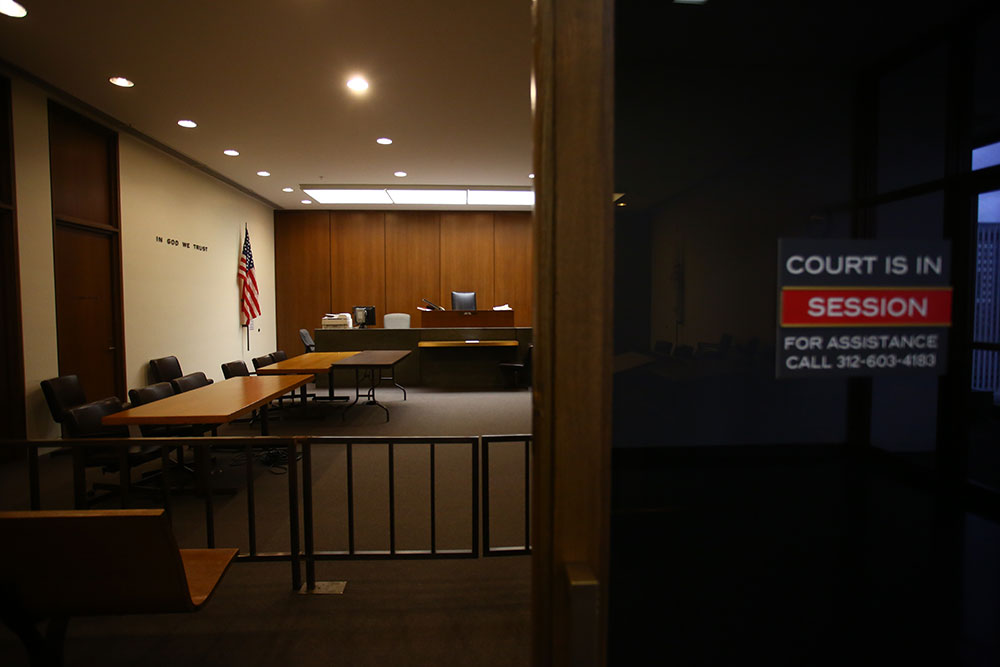 In a report issued last week, a well-connected former prosecutor tasked with investigating the city lawyers who defend police in misconduct lawsuits seemed to go out of his way to deflect blame from the city’s law department.

A team of attorneys led by Dan K. Webb concluded that there was no evidence to suggest “a culture, pattern or approach” of intentional misconduct in the office of the city’s law department, known as the Federal Civil Rights Litigation division, which defends civil lawsuits against the police in both federal and Cook County court.

Webb’s team reached this conclusion despite the fact that the review was a direct result of the apparently intentional misconduct of a former FCRL division lawyer, Jordan Marsh, who was sanctioned by a federal judge in January for failing to disclose evidence that contradicted the story of the two officers who shot and killed Darius Pinex in 2011. The team also reviewed only a small sample of cases: 75 “of the potentially more problematic cases” from among the 1,800 cases the division has handled since May 2011.

The attorneys, from the high-powered law firm Winston & Strawn, said their six-month review of the FCRL division revealed an office that was trying its best to comply with its legal obligation to provide documents to plaintiffs’ attorneys in police misconduct cases. But the office, they concluded, was stymied by inadequate training, understaffing, and a lack of cooperation from the Chicago Police Department and the city’s Office of Emergency Management and Communications, which maintain most of the relevant records.

The report’s sympathetic tone may not seem like much of a surprise coming, as it did, from a high-powered law firm with deep political connections. Webb has given nearly $150,000 in campaign contributions to Chicago’s political elite since 2009, including $10,000 to Rahm Emanuel from 2011 to 2013, according to campaign finance records.

But between the lines of the 50 recommendations made by Webb and his team are some nuggets that lift the curtain on the inner dysfunction of the office that, on the taxpayers’ dime, settles a police misconduct lawsuit nearly every other day.

Most police misconduct lawsuits name multiple officers—in some cases as many as a dozen or more—who were on the scene of an incident or involved in some way. The report found that it has been standard practice for some attorneys in the FCRL division to conduct group interviews of those officers.

At a time when the mayor has admitted that a “code of silence” exists among Chicago police officers, that policy should raise more than a few eyebrows. As the report explains, plaintiffs’ attorneys “expressed concern that group interviews of officers could cause officers to be less than candid, and to coordinate their testimony to avoid implicating each other in misconduct.”

FCRL division lawyers countered that group interviews can be more efficient and can “jog the memories” of officers. But the law department has nonetheless instituted a new policy requiring attorneys to conduct separate interviews of witness officers, according to the report.

The Winston lawyers focused most of their energy on the issue of discovery, the legal process by which both sides of a lawsuit are required to share evidence that may come up during a trial. And they found several areas of concern.

“Most FCRL Division attorneys we interviewed readily acknowledged that they have experienced challenges and difficulties in connection with identifying, obtaining, or producing relevant records, particularly from CPD and, at times, from OEMC,” the report said.

The report put some of that blame on employees at OEMC and in CPD’s office of legal affairs. Those employees, it said, have at times been unresponsive to requests or difficult for law department attorneys and paralegals to work with. To fix this, CPD has provided the law department with direct access to some of its databases and the FCRL division has embedded two paralegals at OEMC to retrieve audio and video records, according to the report.

The report also noted that the FCRL division has not maintained up-to-date information about the kinds of records CPD and OEMC create or how they are maintained. And new attorneys in the division have not received training on what types of records they might need to retrieve, but instead have learned “on-the-job” as they encounter those records in new cases.

“A case-by-case knowledge base tends to create knowledge gaps in certain attorneys that may hinder the attorneys’ ability to identify and provide timely discovery in all cases,” the Webb report stated.

According to the report, the FCRL division, the largest in the law department, has been short between five and eight staff attorneys in recent years. That leaves the office understaffed and overworked. The FCRL division has about 400 pending cases at any given time, according to the report, and attorneys carry a caseload of 25 to 30 active cases at a time. Plus, a substantial number of division lawyers have little legal experience: About one-fifth are at the lowest possible pay grade, according to the city’s budget books, with 11 more just a couple of rungs higher.

“It is not uncommon for mid-level attorneys to leave the Division, after they have obtained trial experience, often for higher-paying jobs in the private sector,” the report said. At least 15 attorneys have left in the past five years, according to the report.

That’s no surprise when you look at pay in comparison to other lawyers in Chicago. Entry-level attorneys make just under $60,000 per year, according to city budget data, while supervising attorneys make between about $87,000 and $115,000. The average annual salary for attorneys in the metropolitan area is $128,150, according to the latest data from the Bureau of Labor Statistics.

Webb, the former prosecutor who wrote the report, highlights the pay disparity. He charged the city of Ferguson, Mo., $1,335 per hour, according to the St. Louis Post-Dispatch, to help them negotiate with the Justice Department over recommended police reforms in the wake of the shooting of Michael Brown. For his review of the law department, he offered Chicago a reduced rate of $295 per hour, according to the Sun-Times. That is still approximately four-and-a-half times what the highest-paid attorneys in the FCRL division make.