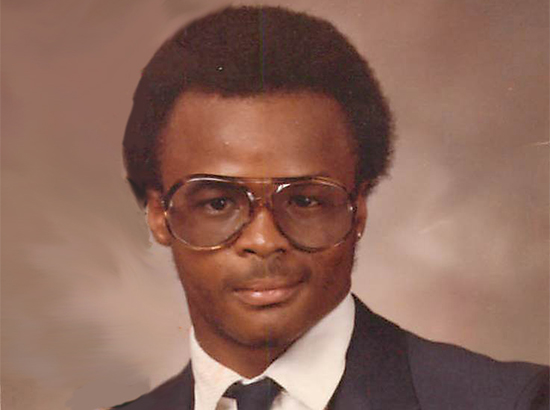 Anthony Dansberry has served 22 years of a 75-year sentence based on a wrongful conviction. Up for clemency, his future rests on the outcome of the Illinois gubernatorial election.

Anthony Dansberry has served nearly half of his life in prison for murder. The evidence against him was questionable, to say the least. His lawyers from the Center on Wrongful Convictions at Northwestern University (CWC) say it was unreliable. Now his fate just might ride on something unpredictable: the gubernatorial election.

Convicted in May 1996 and sentenced to 75 years on the basis of a dubious confession and contested eyewitness identification, Dansberry is awaiting a decision by Gov. Pat Quinn on his clemency petition at a time when Quinn’s future hinges on a reelection challenge by Republican venture capitalist Bruce Rauner. In what is shaping up as a struggle between the two major political parties for leadership of President Barack Obama’s home state, crime is one of the issues likely to intensify the debate.

The question now is whether an innocent man will become part of the collateral damage.

A review of Dansberry’s case would make any reasonable person wonder how he ever got charged with murder, let alone wound up facing a death penalty threat. It started on Dec. 19, 1991, when 77-year-old Edna Abel of suburban River Forest was mugged. Her purse was snatched. She was knocked to the ground, and later hospitalized with critical injuries. On Dec. 27, reportedly based on “an anonymous tip,” police took Dansberry, who lived in Oak Park, into custody for questioning. At some point during the interrogation, Dansberry, then 27, was handed a paper to sign. He thought it was a release form. He told his aunt as much in his one phone call at the time, still believing he was going to be released. Why wouldn’t he believe that? He had told police he knew nothing about the crime. He didn’t have a criminal record. No history of violence.

As it turned out, that paper he signed, the one he recalls was held out to him as a release form, was actually a printed confession. Four months later, Abel died. Dansberry’s armed robbery charges — based in large part on his “confession” — were then upgraded to murder. The state’s attorney sought the death penalty.

How could this happen?

There were eyewitnesses. Some of them chased the assailant immediately after the assault on Abel. The assailant was nearly hit by a car, which he touched, leaving a clean hand print that police lifted from the car the next day. A composite sketch was produced based on eyewitness memory. And there was a lineup.

In the end, all of these elements of the case were problematic and the cause for 23 years of deep concern. About Dansberry. About the risk to any innocent person.

The palm print lifted from the car did not match Dansberry’s print. . The sketch of the assailant did not look like him. The “confession” he signed includes language he did not even understand. You see, Anthony Dansberry has a low IQ and reading comprehension somewhere between first and second-grade level.

Then there is the question of race. Dansberry is African American. Abel was white. So is the main eyewitness. Cross-racial identification is unreliable. Modern standards of proof tell us as much. But the identification problem only begins there.

Of four eyewitnesses, only one was able to provide a positive ID. And this witness first was shown multiple mug shots. The most distinctive was Dansberry’s. No surprise, then, that Dansberry was fingered by the witness in the lineup the next day.

Later, another eyewitness, asserting that Dansberry was not the assailant, recalled Dansberry being pointed out by one officer who asked, “Are you sure he’s not the one?”

These certainly are factors that give weight to Dansberry’s assertion that he was tricked into signing that confession.

With no legal appeals left, Dansberry’s only hope now rests with the governor.

Administratively, the challenge seems daunting. Gov. Quinn inherited a backlog of some 2,500 clemency petitions from former Gov. Rod Blagojevich, with more than 800 additional cases added to the pile each year. Dansberry’s case was argued before the Illinois Prisoner Review Board by CWC lawyers in 2010, a year after Quinn first was sworn in as governor.

The lawyers are not resting on their arguments alone. They continue searching for new exculpatory evidence. There also is a petition campaign urging the governor to grant clemency.

Clearly, the risk of inaction could have wide impact. For Dansberry, it means no chance for parole until June 27, 2029. For the rest of us, it means that a case based on shaky evidence will continue to stand, and continue to shake our confidence in a just system of justice. All this is balanced against the political challenge for Quinn.

“Pat Quinn has been a massive failure on crime in Illinois,” Rauner declared during a Republican primary debate, adding that crime “has skyrocketed throughout Illinois,” during the Quinn administration. Not so. But that might not matter if people come to believe it is so — and if Rauner attempts to play on public anxiety, turning Anthony Dansberry into Willie Horton.