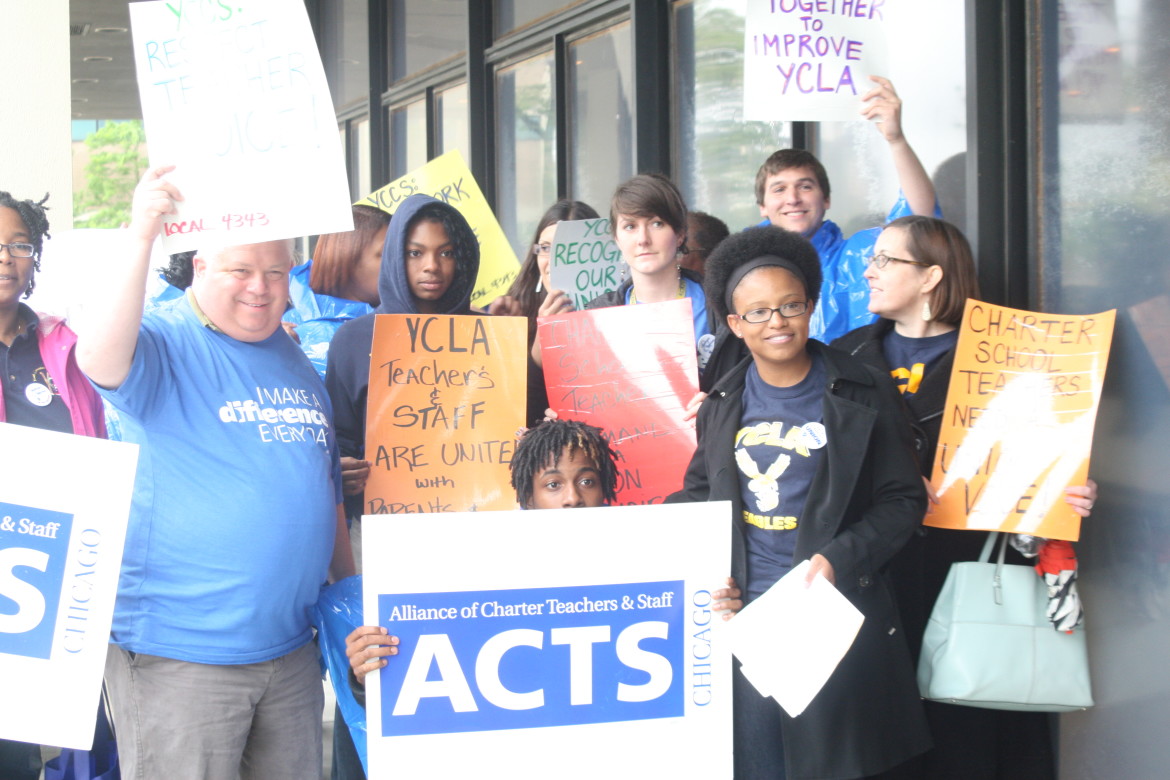 UPDATE: A union for charter school teachers has put the brakes on an unfair labor practice charge after board members of Youth Connection Charter School put off a decision to close or restructure two of the school’s campuses.

The school’s current contract with CPS expires July 30, and it hasn’t yet come to a new agreement with the district. School officials say that so far, CPS hasn’t been willing to negotiate with them. “Right now, our priority is getting to the table,” said Deputy Education Officer Steven Torres.

But as they stand now, the district’s proposed performance requirements could lead to Youth Connection being shut down, warned Executive Director Sheila Venson.

“At what point do we start panicking?” board member Fabricio Balcazar asked when the topic came up.

“We should be panicking now. CPS gave us a take it or leave it set of conditions. …If we accept these conditions, we will be closed in three years,” Venson replied.

When the school’s charter was renewed earlier this year, it was for a shorter three-year period, rather than the usual five years.

“The details of the three-year contract are still being negotiated by both parties, and YCCS is helping us to create the performance standards to which they must adhere,” CPS spokeswoman Marielle Sainvilus said.

Board President Linda Hannah told the board and dozens of spectators that it was “unacceptable” CPS’ proposed contract listed closure as the only option for failing campuses. She added that “we will work with teachers to address the performance issues of their campuses.”

Previously, a letter notifying teachers at Youth Connection Leadership Academy that they were being let go touched off unfair labor practice charges by the school’s newly unionized staff. Now, the union and the school are in negotiations to resolve the issue.

“We hope we can come to a settlement that keeps these teachers in their jobs, and keeps these studdents in their school,” said Chicago Alliance of Charter Teachers and Staff organizer Leah Raffanti.

Meanwhile, two teachers at Howard Area Leadership Academy, Rebecca Foote and Lindsay Oliver, complained that the management of that school gave them no notice it might be closed or restructured.

Others spoke at the meeting in an attempt to sway the board against the possible closure or restructuring.

Nicole Durham, a Youth Connection graduate who now teaches at Youth Connection Leadership Academy, told the board that more than half of the school’s students come in at a reading level below 6th grade.

“We felt the need to unionize because we want to have a stable body of qualified teachers,” she said.

And Keenan Davis, a first-year student at the school, said he was surprised by the staff’s caring attitude.

“I assumed it’d be something like a prison, and the teachers would be heartless and robotic,” Davis said. Instead, he said, teachers made an effort to get to know him “before throwing piles of work in my face.”

In 2007-08, the most recent year for which data is available, Howard Area Leadership Academy had 83 percent attendance, and retained just 42 percent of its students.

Youth Connection Leadership Academy had 72 percent attendance, and retained 62 percent of its students.

CPS spokeswoman Marielle Sainvilus said that the school’s current contract requires it to seek approval from CPS before any campus closures or restructuring. Any move to close campuses “is not in compliance with its current contract,” she said.