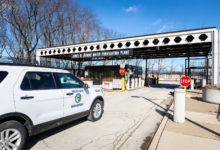 Some Chicagoans may be facing coronavirus threat without water at home

Affected families have been relying on neighbors, schools and gyms to wash their clothes and shower, advocates say, as the city tries to determine the scope of the problem. 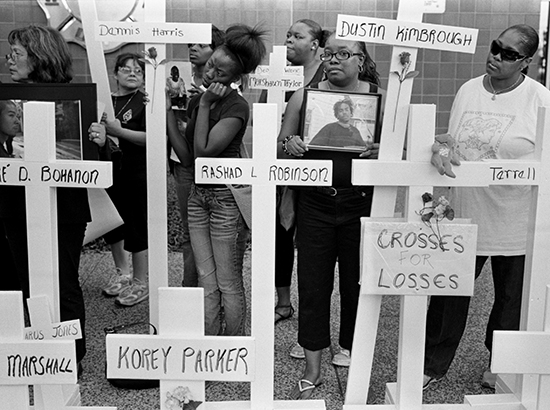 Youths are the No. 1 target in Chicago’s homicide epidemic

As the city leads the nation in murders, young people under 25 are often the ones who die—and who kill.

It is with a heavy heart that I offer my farewell to The Chicago Reporter. After 12 years with the Reporter, having served as a reporter, then senior editor, and finally editor and publisher, I am leaving this esteemed news organization to become a senior investigator with the Better Government Association. It has been a true honor to have served as the Reporter’s leader for nearly four years. I feel privileged to have held the publisher title. But I could no longer resist the lure of my true passion: the day-to-day work of investigative and computer-assisted reporting in the public’s interest.

Most young victims killed inside

The news: In July, the Chicago City Council approved a stricter curfew requiring unsupervised minors aged 12 and younger to be in their homes by 8:30 p.m. Sunday through Thursday and by 9 p.m. on Fridays and Saturdays. Behind the news: A Chicago Reporter analysis of homicide data shows that the new curfew, even if it had been implemented, would not have protected most of the 53 homicide victims who were aged 12 or younger and killed between Jan. 1, 2008, and Aug. 7, 2011, when Arianna Gibson, 6, was killed by gunfire inside the living room of her grandmother’s Englewood home. Just two of the 53 victims were outdoors and violating curfew when they were killed, according to the Reporter’s analysis.

The Chicago Reporter is partnering with the Chicago Community Trust and Community Media Workshop this year to provide a burst of local coverage by, for and about underserved communities on Chicago’s South and West sides. In April, through its Community News Matters initiative, the Trust will award a series of $2,000 and $10,000 local reporting awards to fund original reporting and fact-based analysis in 2011. The funded work will focus on how important issues facing the city, county and state are affecting or will affect residents of low-income neighborhoods on the South and West sides of Chicago. This program is designed to add significant amounts of new information to the local news ecosystem. Winning projects will involve original reporting or original data analysis.

If we truly believe that we’ve transcended race–” as we’ve so often told ourselves since last fall’s historic election of President Barack Obama–”then it’s time nursing home owners put up or shut up. In this issue’s cover story “Lower Standards,” Jeff Kelly Lowenstein reveals that most of the Chicago nursing homes where a majority of the residents are black received the worst federal rating–”a one on a scale of five. None of the 30 majority-black nursing homes in the city received the highest rating. However, 29 percent of the 45 majority-white nursing homes in Chicago received the highest rating, and just 11 percent received the worst rating. With that racial disparity, nursing homes have joined a long list of Chicago institutions mired in deep racial segregation related to quality.

If a terrorist attack wiped out an American city the size of Boston, Denver or Seattle, there would be an immediate and overwhelming response. Federal, state and local officials would spend billions in relief without the usual bureaucratic red tape and politics that typically encumber government. Immediate steps would be taken to prevent future attacks, like the government’s response to 9/11. Those of us in other cities would offer our support, sympathy and savings, much like we did after Hurricane Katrina. Surely, we’d respond with more vigor, resources and compassion than we have to the attack being leveled by AIDS.

The Power Of Giving

I thought that the customer was always right. Maybe the motto doesn’t apply if a customer’s desire to remain healthy is outweighed by a company’s desire to stay wealthy. For years, customers of the energy produced at Chicago’s two coal-burning power plants have lobbied and demonstrated for reduced emissions. The loudest cries have come from Latino residents who live near the Crawford and Fisk power plants, which are located in the city’s Little Village and Pilsen neighborhoods, respectively. But the customers’ demands have largely gone unmet.

More Loan For The Same Home