Unaccompanied minors face temporary displacement, language barriers and other challenges that can lead to anxiety, depression, post-traumatic stress disorder and other serious mental health problems, according to research. Advocates say more services, such as talk therapy and support groups, are needed to help them deal with the stress and trauma they have experienced.

Antonio Gutierrez wasn’t planning to be a housing activist. In 2012, he graduated from the Illinois Institute of Technology with a degree in architecture, but his status as an undocumented immigrant prevented him from working. He started organizing with immigrant groups, volunteering for two years with the Immigrant Youth Justice League and Organized Communities Against Deportations. Earlier this year, Gutierrez had a choice to make when he received a work permit. He could either follow his original dream of becoming an architect or continue with the organizing work he loved.

Maria Gaspar’s mother was a clown, and Gaspar would go with her when she performed at house parties. But being a clown was only one of her mother’s jobs. She also taught elementary school students in Little Village and hosted community radio shows about poetry and women’s health. She inspired Gaspar with her ability to make people happy and her devotion to mixing art and community in her work and life. As a teenager, Gaspar helped Chicago artists with their murals.

As a youth pastor about 20 years ago, Rev. Dr. Marcenia Richards was used to helping young people in the safe space of the Pentecostal church. But when she decided one day to confront a group of kids shouting at one another and on the verge of fighting outside her home, she knew she was no longer in that safe space. Still, when she found out that some of the kids had dropped out of school, she promised them that if they went back, she would take them to Disney World. They took her up on it, and she fulfilled her promise by taking them on the trip. “It was at that time I knew that there was more that was needed,” she said. 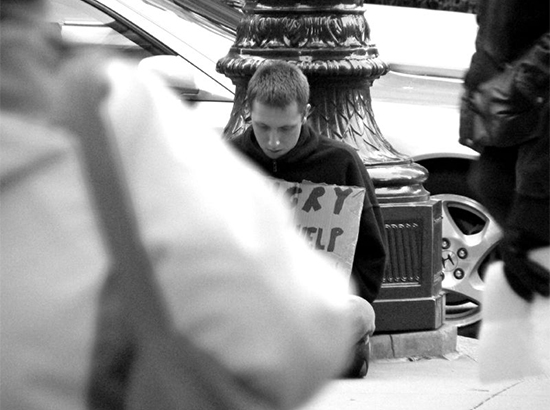 Following a $3.3 million federal cut in funding for Chicago’s homeless population, a local group wants the City Council to consider increasing the city transfer tax to support services for the homeless.

Some of Charlene Carruthers’ strongest memories from her childhood on the South Side of Chicago are of visiting the public aid office with her mother. Caseworkers spoke condescendingly from a desk so high it was difficult to see over. The desk reinforced the feeling of being talked down to. “I just remember as a child being very conscious of the differences when it came to class and race and even gender,” she said. “But I didn’t have those words at the time.” 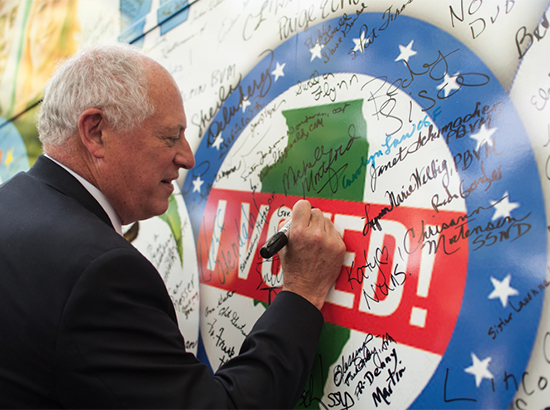 Most prospective voters would not expect to be greeted by a crowd of nuns urging them to register for the upcoming election. But a group of Catholic sisters—calling themselves Nuns on the Bus—rolled into Chicago on Thursday as a part of a national effort to get people to sign up.

As Occupy Chicago turns 3, members say the spirit of the movement lives on, though its numbers have dwindled.