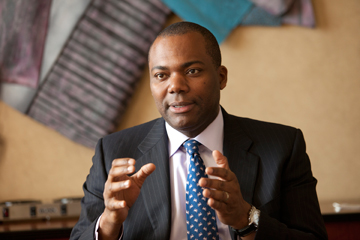 To pass a balanced budget last year, CPS leaders promised to find $107 million in savings by reorganizing central and area offices. But while the massive reorganization was carried out, only a small number of cuts were made, a Catalyst Chicago analysis of employee rosters has found.

CPS trimmed about $10 million from area offices, now called network offices. Yet the number of central office staff increased, as did the money spent on their paychecks–by about $2.79 million, with more administrators earning six-figure salaries.

CPS budgeted $50 million more for central office personnel in the 2013 budget than it did last year.

The district says that of the 1,258 positions in central office, 189 are vacant and that many of them won’t be filled. However, all 1,258 are included in its 2013 budget, according to the district’s interactive budget website.

The current administration has done a fundamental restructuring in central office and there is a lot of movement in positions, says spokeswoman Robyn Ziegler. She insists that looking at aggregate numbers does not show the whole picture.

“It is not [comparing] apples-to-apples,” she says.

Rod Estvan, a veteran policy and budget analyst for the advocacy group Access Living, says that the board may indeed intend to make the cuts it announces but finds, as the year goes on, that additional staff are needed for one purpose or another.

“It is not necessarily a sleight of hand,” he says.

And while central office staffing has crept up recently, it is significantly smaller than it was five years ago. In 2007, there were about 1,600 employees in central office.

The central office has experienced a radical turnover in personnel compared to a mere two years ago, according to the Catalyst Chicago analysis of employee rosters for the past three years. Less than a quarter of the people who worked at district headquarters at 125 S. Clark Street in 2010 are still working there.

All but one department chief is new to the job (the exception is  Alicia Winckler who is still the chief talent officer). In all, CEO Jean-Claude Brizard has 17 chiefs of departments, plus a budget officer. Among them are administrators holding new titles, such as chief portfolio officer and chief health officer.

The portfolio chief and the recently hired chief transformation officer are part of the district’s effort to transition to a full-fledged “portfolio” district. In portfolio districts, all schools have the same autonomy as charter schools, in that they buy services rather than merely being given support from central office, says Betheny Gross, senior research analyst for the Center on Reinventing Public Education.

Gross says the hiring of Transformation Chief Todd Babbitz signals to her the intent to completely overhaul the district. He is being paid $195,000 to run the Office of Strategic Management.

Babbitz, who has worked for consulting firms but has no experience in education, has been charged with implementing the long-term vision of the district and serving as a “strategic thought partner,” according to CPS. Like former CEO Ron Huberman, he hails from the University of Chicago Booth School of Business.

Under Huberman, the district had only nine department chiefs and, for most of the time covered by the employee rosters, the

The Chicago Teachers Union is concerned about how the upheaval in central office affects children, says CTU researcher Sarah Hainds.

At a recent Chicago Educational Facilities Task Force meeting, district officials said that all the people who were in charge of the transition plans for students in closing schools had left the district and failed to leave paper-work about the plans, she said. As a result, the new staff was able to reach only about 40 percent of the students to remind them what school they will be attending in September.

“It really seems like there is absolutely no historical knowledge of anything coming out of central office,” Hainds says.

Schools also have to adjust to a new configuration and role for the mid-level bureaucracy.

Huberman made good on his commitment to staff up the area offices, with resources from attendance coordinators to intervention specialists. His philosophy was that the area offices were close enough to the schools to force change.

Brizard’s administration assigned schools to networks based on geographic areas.

He and his team, however, have reduced the number of workers in the networks by about 100.

Despite the smaller number of staff, CPS spokeswoman Becky Carroll said schools and families are getting the support they need. Brizard’s administration has also created parent and school support centers, giving parents and principals a place to call should they need assistance.

“We have a far more robust network team and school support staff in place to directly aid schools and parents,” she argues.  She adds that some central office programs were eliminated so that money, staff and funds could go out to the schools.

CPS employee rosters also show a high turnover in principals–at a time when a pension enhancement program made retirement attractive for many veterans. Between 2010 and 2012, 341 principals, or about 44 percent of the total, left their jobs.

Hainds of the CTU says the union is concerned that it will be difficult for them to handle increased autonomy – another CPS goal—with less support from networks and central office.

As for teachers, their numbers are down by 477 in the employee rosters but that may change. CPS agreed in August to hire about 500 new teachers to help staff an extension of the school day and to add enrichment activities.