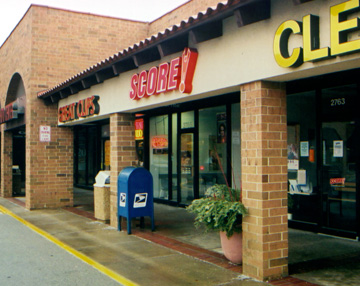 Facing a bleak financial future and tough new federal requirements, Chicago Public Schools is delaying and seeking to restrict the supplemental tutoring options that certain children are entitled to under the federal No Child Left Behind Act (NCLB).

Just as Chicago provided school choice to students at only a portion of the eligible schools last fall, CPS now proposes to provide parental-choice tutoring this year to children at only 13 of the 25 eligible schools, leaving 12 high schools out of the loop. Chief Education Officer Barbara Eason-Watkins cites unspecified “questions” about serving the high schools this year.

However, federal education officials have signaled that CPS may not get away with that. “Nobody has been given any special dispensation to serve fewer schools this year,” says Melinda Malico of the U.S. Department of Education. “They have to provide the option for supplemental services to any low-income student in a school that is in the second year of school improvement.”

NCLB entitles low-income children in schools that have failed to make adequate yearly progress on tests for three years in a row to receive free tutoring from a provider approved by the state; parents may choose which one. Illinois has approved 13 providers, including CPS itself and for-profit companies such as Kaplan Learning Centers and the Princeton Review, which usually cost families hundreds of dollars. Priority for tutoring is given to low-scoring, low-income children.

The money to pay for the tutoring will come out of Chicago’s federal Title I allotment, which rose significantly this year to help cover the demands of NCLB. Indeed, the federal law says school districts must set aside 5 percent to 15 percent of their Title I money for such tutoring. In Chicago, that amounts to at least $10.8 million and as much as $31.2 million this year alone.

However, the board may not have much of its Title I money left after using much of its increase to beef up existing programs like on-site reading specialists, professional development and after-school tutoring.

These expenditures are linked to the federal law because they are targeted at the 179 schools that have failed to make adequate yearly progress for at least two years in a row. In federal lingo, those schools are deemed to be in “school improvement.”

Some Title I money also is being spent to support schools that received students under the NCLB program of school choice.

CPS blames the state and the feds for coming up short on money for parental-choice tutoring. “At the time we introduced and finalized the [student] choice program in July, we thought we were exempt from supplemental services this year,” says spokesperson Joi Mecks. “We already had our [own] tutoring program in place.”

This school year, only 25 Chicago schools fall into the category where children may obtain free parental-choice tutoring. However, given Chicago’s test score history and the new law’s increasing demands, the number could climb into the hundreds in future years and easily eat up the whole $31.2 million.

For several months, CPS maintained that it did not have to provide any tutoring at all this year, based on preliminary action by the U.S. Department of Education that the department reversed in August.

Until recently, CPS also appeared to be trying to exclude other tutoring providers that were approved by the state and to keep all the tutoring to itself. As late as January, CPS reportedly was thinking about not allowing outside providers to have access to classrooms after school, a decision that would have made outside tutoring much less attractive to parents.

CPS reversed itself, however, when state and federal officials indicated that was not acceptable. “The full list has to be available to families,” says Lee Milner, spokesman for the Illinois State Board of Education.

CPS has now met with the other 12 approved providers and plans to release information to parents about specific options once agreements with them have been signed.

Federal officials are even questioning the state’s decision to certify CPS as a provider. “While there are many schools in CPS that are doing a good job, it is not clear if the district as a whole should have been designated as an approved provider,” says Malico.

Malico says high-level officials have called the state and expressed concern about CPS being approved as a provider, except perhaps for children whom other providers are not equipped to serve, such as autistic children or children in under-served areas of the city. Similar issues have been raised in other large cities.

Chicago’s higher pricing, in effect, reduces the number of children who could be served.

Both the state and the city have dragged their feet. Tutoring was to be available in September, but the Illinois State Board of Education did not approve providers until early December, and CPS did not meet with those providers to begin coordinating services until two months after that. CPS doesn’t plan to launch the program until March at the earliest.

Publicly, CPS officials pay lip service to the tutoring requirement. “It’s always good to provide extra instructional time to students who are in need,” says Eason-Watkins. As for opening the door to other providers, she says only, “We’re going to comply with the law.”

Chicago isn’t the only city taking a minimalist approach. Elizabeth Wolff, research director for the national community group ACORN, says San Diego, Boston and Philadelphia sent parents notices about tutoring with “wording that no one would understand.”

Relatively few parents responded, she says. In New York, according to Wolff, parents were given too little time to respond, and several have initiated a class-action lawsuit against the city.

She ridicules Chicago’s ongoing negotiations with other providers. “These people have already been approved by the state of Illinois. I don’t know what they [CPS] think they’re doing—checking for terrorists?” Wolff calls most districts’ efforts “uniformly terrible.”

To many school administrators, teacher unions and others, the tutoring provisions in NCLB are little more than watered-down federal vouchers—a Republican-inspired attempt to undercut confidence in public schools while siphoning federal funds to pay for private-sector programs of dubious merit that can be taught by instructors who aren’t certified teachers.

However, the measure had Democratic support in Congress, and tutors are required to show evidence of progress that is, in many ways, more rigorous than school-based accountability.

Using public money for additional outside tutoring is not new, though typically school officials, not parents, choose the tutoring organizations and shape the programs. In Chicago, for example, the School Board and individual schools have paid for the services of Sylvan Learning Systems and Voyager Expanded Learning, among others. For-profit tutoring has been used in California and Massachusetts to help low-income students do better on the SAT and on high school entrance exams.

Ross Weiner, a senior policy analyst at the Washington, D.C.-based Education Trust, applauds the tutoring requirement as one more way to put pressure on public schools to improve. “This is going to take a little time to ramp up,” he says. “But at some point soon, parents in these communities are going to have several options for tutoring. School districts are either going to have to explain how they are doing things differently during the regular school day, or they are going to lose out.”

In the meantime, CPS is still planning to get word out about tutoring options at 13 schools later this spring. The Illinois State Board of Education will review another round of applications from prospective tutoring agencies later this year. And the U.S. Department of Education says that it will continue to press the state to examine whether CPS and other districts are doing enough to meet the requirements of the law.