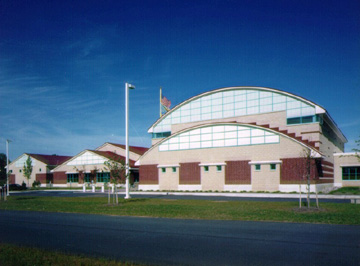 Model education programs in juvenile corrections don’t get built without a fight. In Wayne County, Mich., which includes Detroit, it took a U.S. Department of Justice investigation. In Delaware, it took a lawsuit by the American Civil Liberties Union.

Though some consider the recent strides at Chicago’s detention center and school good enough to put them on the national map, the Michigan and Delaware programs also have the advantage of new facilities and strong coordination between correctional staff and teachers.

In 1994, Justice Department investigators found overcrowding and no special education services in the Wayne County Juvenile Detention Facility. Under threat of a lawsuit, Wayne County asked the Detroit Public Schools to collaborate to provide services, but the school system declined. So the county created a charter school and contracted with a private firm in New Jersey, Innovative Educational Programs, Inc., to run it. In 1997, the Benjamin Carson Charter School swung into operation.

Recently, the county built a new detention facility, which includes seven gym areas, access to medical care and a mental health unit. Late last year, the school completed retooling its special education services, the last step the Justice Department required to forestall a lawsuit. Last May, Justice closed its investigation, saying it was satisfied with the reform.

Getting an immediate, solid handle on student needs was a key piece of that reform. When juvenile offenders arrive at Carson, they are placed in classes according to their performance on a standardized test, a writing sample and an interview. During the interview, students are asked whether they received special education services at their old school. If they say yes, they receive one to two hours of daily special education until their official papers can be obtained, says James Simonic, president of Innovative Educational Programs. About 20 percent of students at Carson require special education services.

At any given time, about 198 students attend Carson, with about 3,000 passing through its doors each year. The average stay is 13 days.

The staff includes three social workers, 11 teacher assistants and a teacher consultant who works with the faculty on modifying instruction for special education students participating in regular classrooms.

‘Used to get jumped’

In 1990, the ACLU sued the State of Delaware over conditions at the Ferris School for Boys, a residential center for boys convicted of serious crimes in juvenile court. The suit charged that Ferris was overcrowded, life endangering and lacking in services and rehabilitative programs, including education.

In its 1999 annual report, the Coalition for Juvenile Justice, a national association of state advisory groups, offered this quote from a former Ferris inmate: “There were no programs, no school. You just stayed in your room all day. I used to get jumped on in the unit.”

In 1994, under a new governor, Delaware agreed to enter into a consent decree and rebuild Ferris from the ground up. The old Ferris, built for 48 inmates but often holding up to 90, was razed. The new building has room for 72 and could easily be expanded.

“When you drive by, you wouldn’t know that it wasn’t a school or a junior college,” says architect Robert Maffia of Tetra Tech, Inc. “You’d never know it was housing the worst juvenile offenders in the state.”

The building features translucent skylights to let in natural light and large security-glass windows in the residential areas and classrooms. The residential rooms look like dorms rather than prison cells.

Ferris also rebuilt its programs. Residential staff are now required to have college degrees. They work closely with the school to ensure continuity in discipline and education. At Ferris, students have daily, supervised homework time after school.

Students stay at Ferris for an average of six months. During that time, each of them has a treatment specialist who acts like a surrogate parent.

If they misbehave, their treatment specialists shadow them through classes, says Principal Dolores Allen-McIntyre. In most facilities, “They put [misbehaving youth] in lockdown. What message are we sending them? If you don’t want to be here, you won’t be in school.” Ferris, she says, sends a different message. “You have a problem, but you need to be here.”