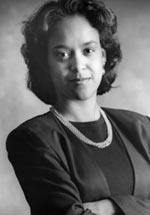 For an initiative that was unveiled with great fanfare and the rousing support of Mayor Richard M. Daley and business elites, Renaissance 2010 has begun life with surprisingly amateurish problems. A botched rollout, for one, left grassroots groups and teachers out in the cold, forcing the district to make nice as political backlash swelled. While unfortunate, that’s a drawback that can be overcome.

More seriously, the School Board pulled a bait and switch with funding. First, school officials announced that many new Renaissance 2010 schools would be housed in district facilities—an arrangement that has worked out nicely for some existing charter and contract schools. Later, officials revealed that the district would charge the new schools rent and fees for the privilege, cutting into the already modest funding they get to educate children. Until now, charter and contract school operators who were lucky enough to land space in a public school building often got it for free or nearly so.

KIPP Ascend Charter, for instance, got prime space on the second floor of a new school building in Austin and didn’t pay rent at all. “This is definitely a hit,” says Principal Jim O’Connor, whose school has outgrown its current location. O’Connor had hoped to move into another public school building but is now considering other options.

The new funding dictum is the kind of bureaucratic thinking that has stifled innovation in regular public schools. If Schools CEO Arne Duncan and the board are as committed to new schools as they profess, they will go back to the drawing board to rework the funding formula, move stuff around and find a way to give renaissance schools the same deal that regular schools get for facilities.

To forestall another problem on the horizon, they also need to take a look at enrollment issues at small high schools here and in New York City. Just this fall, hundreds of New York parents and students crowded a central placement center, seeking slots in the city’s more desirable high schools, many of which are small schools. In both cities, enrollment caps for small schools—a key to their success—have been undermined when schools accept or are assigned more students than they were designed to handle.

As the district moves ahead with its new-schools plan, it also needs to set priorities for how best to deploy its valuable resources of time and money.

Which is higher on the list—creating 100 new schools, or helping the 212 schools the district just placed on probation? In the current tight budget climate, doing one major initiative well is better than doing several only half heartedly. Indeed, some schools now on the probation list—Beethoven, for instance—have a history of making decent progress on their own.

One board member of a local foundation that has supported charter schools called Renaissance 2010 “a train wreck,” and that was before the misguided funding formulas were released.

Most people are still willing to rally around the goal of creating new schools to serve kids better. But we’ll never get there if the district continues to blunder its way through, and the mayor allows that to happen.

ABOUT US We would like to extend a warm welcome to the newest members of the Catalyst Chicago editorial board. They are Carol Johnson, parent and LSC member at Spencer Elementary and Westinghouse High; Michael Milkie, principal, Noble Street Charter High; Hawa Jones, reading specialist, Paul Robeson High; Gloria McKinley, teacher, Kellman Corporate Community School; and Vivian Loseth, assistant director, Youth Guidance. Our newly appointed board chair is Randolph Elementary Principal Joan Forte, and Dion Miller Perez of the Cross City Campaign for Urban School Reform will serve as vice-chair.