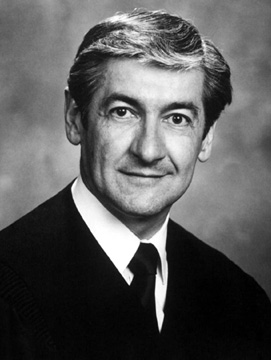 A Feb. 27 court hearing is expected to be the beginning of the end—or perhaps the end itself—of desegregation in the Chicago Public Schools.

On that date, lawyers for the School Board and the U.S. Department of Justice will respond to a federal judge’s surprise announcement in early January that he was ready to pull the plug on the school system’s 22-year-old desegregation consent decree, which the judge called “passe.”

Without the decree, the School Board would not be required to maintain a racial mix among faculty at each school nor among students at magnet schools. Indeed, Johnson believes it could not use race as a factor in magnet school admissions. Under the decree, whites are to make up 15 percent to 35 percent of magnet school enrollment.

In a hearing on Jan. 10, Kocoras told lawyers in the Chicago case: “The whole complexion of the city has changed. The school system has changed dramatically. So somebody tell me why this case should stay alive.”

School Board lawyers responded that the board has asked expert consultants to conduct a self-assessment of the district to address that issue.

“Why do you need an outside consultant to tell you that Chicago in 2003 does not look anything like Chicago looked in the ’60s and ’70s?” countered Kocoras, according to the hearing transcript. “Why do we need an expert for that?”

A Justice Department lawyer explained that the government wanted to make sure there were no ongoing violations, and the new studies were necessary to confirm it.

“I clearly do not agree with that,” responded Kocoras. Stating that he would consider arguments that the case was viable, he added, “I am just telling you how I feel about it. And it will take a strong team of horses to convince me to the contrary.”

After the hearing, School Board President Michael Scott, who has favored cutting spending on busing in the past, voiced support for integration and busing to provide choice.

“We believe education is enhanced through appropriate and practical desegregation of our classrooms,” he said.

Scott added that the district would continue to bus students to magnet schools even if the courts lift the federal desegregation consent decree. “The school system still has an obligation to maintain options for young people to have a quality education,” he said.

The School Board’s desegregation plan called for the creation of racially-mixed magnet schools, capping white enrollment at individual schools at 65 percent, and requiring that the racial make-up of each school’s faculty fall within 15 percentage points of the racial make-up of the district’s entire teaching force.

To date, the board has not fully realized any of those goals. Some magnet schools remain racially isolated; white enrollment at 15 schools was above 65 percent in fall 2001; and, board officials reported last year, more than half of all schools had failed to hit their faculty-integration goals.

In late 2001, the board hired a team of consultants to review its desegregation policies, which were adopted as part of a 1980 consent decree, and recommend revisions to suit the district’s current demographic mix. Since 1980, the percentage of white students in the school system has declined from 19 percent to 9.6 percent, bringing the percentage of minority students to 90.4.

Meanwhile, the U. S. Supreme Court is preparing to hear arguments in a controversial case involving the use of race in the admission process at the University of Michigan. Johnson says she expects the court to rule against the university, adding that, in her view, that precedent would likely be applied to non-university admissions as well. Public school admissions are “a little bit different, but in a big-picture sense, ….the same issue,” she says.

Kocoras’s move and the Michigan case come at a time when the re-segregation of public schools in Chicago and elsewhere is on the rise, according to a new report by the Harvard Civil Rights Project. The average black student in Chicago goes to a school that is just 3 percent white, the report finds, a condition described as “only a few percentage points from an experience of total apartheid for Black students.”

Gary Orfield, Civil Rights Project co-director, had harsh words for Kocoras’s move to dismiss the Chicago case. “This is a consent agreement that has produced almost no desegregation,” says Orfield, a former Chicagoan who advocated desegregation locally. “If the courts and the Justice Department start dismantling agreements of this sort under these conditions, the courts will be eliminating the rights of the city’s minority students.”