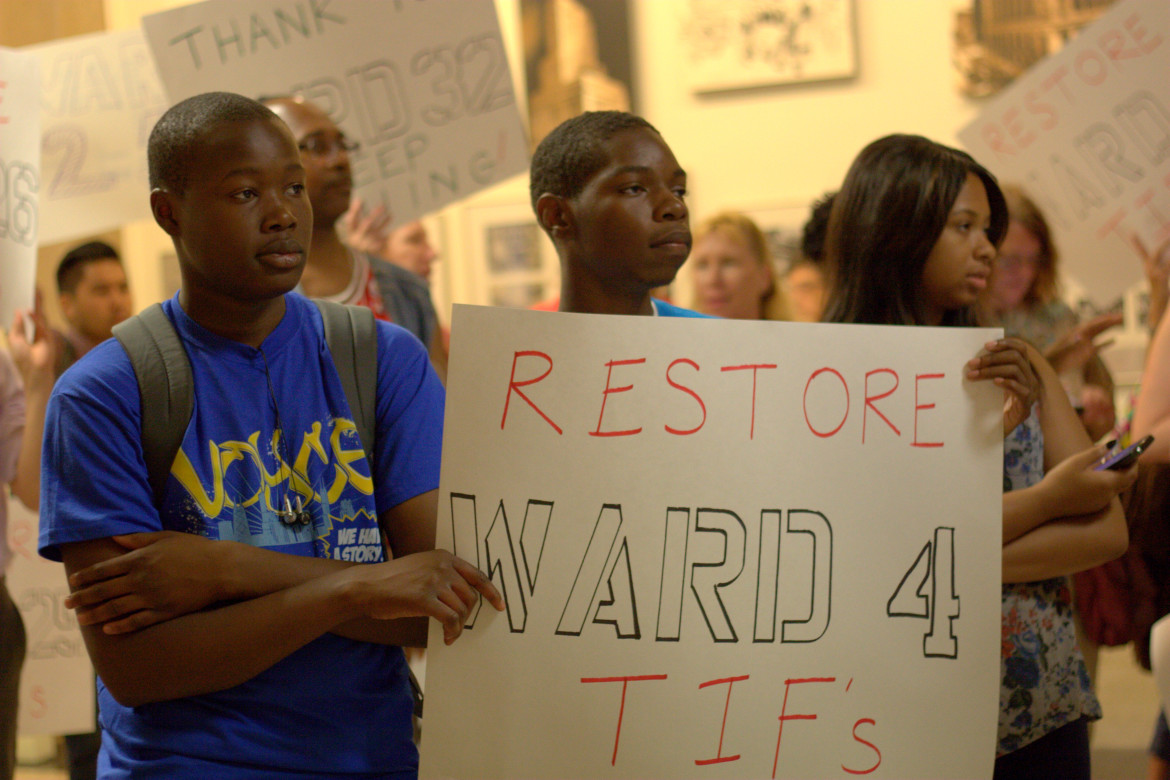 For months, officials have said the district faced a monumental deficit of $1 billion, blaming the state’s pension crisis for the bulk of the problem. But on Wednesday, Chief Administrative Officer Tim Cawley told board members that some good fortune—in the form of reserve funds—would help make ends meet.

In addition to cutting $68 million directly from schools, reducing spending on administration and operations and raising property taxes to the cap, CPS will use $700 million in reserve money to balance its budget. (Specifically, the district will drain its unrestricted reserves and reach into two of its restricted reserves.)

More than half of the reserves are made up of local tax revenue and state payments, which CPS officials say are considered reserves because the money was received earlier than expected.

Cawley called the “one-time” reserves “fortuitous.” He said such revenue can’t be counted on in the future, leaving the district financially vulnerable down the road.

Civic Federation Vice President Sarah Wetmore said figuring out how CPS got reserves based on when they received property taxes was complicated, even for the budget savvy group. The Civic Federation will release a complete budget analysis in August.

But already the organization has concluded that using these reserves is risky. “It is unsustainable and I think CPS knows it,” she said. “They are waiting for the state to do pension reform.”

This year’s scenario is similar to last year’s, when CPS also balanced its budget by draining one-time reserves. In fact, since 2003, district officials have said they are dipping into savings nine times, according to an analysis done by the Tribune’s Eric Zorn.

According to the Chicago Teachers Pension Fund,  CPS currently owes about $600 million annually to fund due to the many years of underpayment. For the past couple years, the district has had a pension holiday and only paid in about $200 million.

Cawley and Byrd-Bennett also blamed higher teacher salaries, which make up most of the $93 million more that CPS must pay because of contractual commitments.

Few details yet on school cuts.

The $68 million in cuts to schools represents the biggest direct hit in recent years. Officials typically try to keep reductions far from classrooms, even as they thin out the ranks of custodians, engineers and lunchroom workers.

Overall, the cuts represent a 3.5 percent reduction in direct school spending, including both charter schools and those run by the district.

Yet it’s unclear how many schools saw their budgets increase and how many experienced cuts, and whether particular types of schools fared better or worse. The parent advocacy group Raise Your Hand had compiled a list of schools with cuts equalling $94 million. A more detailed budget, which will include budgets for individual schools that will also show teacher positions, is expected to be posted by CPS sometime late Wednesday.

Last week, the district announced that 1,036 teachers were given pink slips, on top of the 420 teachers from closed schools who were let go in June. The net reduction in teacher positions in district-run schools is 1,358, according to the CPS budget.

At Wednesday’s board meeting, the steady chorus of principals and parents complaining about budget cuts continued as it has for more than a month. Students and local school council members each formed separate coalitions to fight against the budget cuts.

“How is it my 3rd-grader’s fault that the city didn’t pay their pension?” asked Janet Meegan, a parent at Mitchell Elementary. She talked about her concerns over Mitchell’s 23 percent budget cut this year – which will jeopardize partnerships in the community, and specialty classes like art, music, and science.

About 10 students spoke passionately at the meeting. Each student by introducing themselves, then saying “but you know me as…” and stating their student ID number. They spoke on topics ranging from the flaws of the CPS board meeting system, the disciplinary system at charter schools, and a “Declaration for the Education of Chicago Students.”

“You don’t want to take responsibility for our education,” said one student speaker from Chicago Students Organizing to Save Our Schools, “yet you want to take all the credit for it.”

Each student ended his or her speech with some version of “Are you listening to me now?”

After the last student had spoken, all of the students in the chamber started chanting, “Is this democracy? Show me democracy!” and were escorted by security out of the room amid cheers from other community members present.

Byrd-Bennett said she has heard the pain and has stayed up nights trying to figure out how to prevent some of the school cuts.

“The most unfortunate thing that’s happened to me since taking office here is the level of frustration, sometimes level of anger that our principals, teachers and clearly our parents are feeling over the difficult decisions that have to be made because of the historic $1 billion deficit the district is facing,” she said.

At a City Hall rally also on Wednesday, parents, students and activists hammered CPS officials, saying they could find other revenues to avoid the cuts. Many of those protesting the budget cuts have said that the district should try to get Mayor Rahm Emanuel to give the schools some of the tax increment financing surplus, or that the district should renegotiate its debt.

Activists also excoriated, once again, Emanuel’s proposal to spend $55 million on a basketball stadium for DePaul University at McCormick Place, and handed out miniature DePaul Demons basketballs with the Demons logo crossed out in red.

More than 100 parents, teachers and students rallied inside the building, filling the second floor of City Hall with chants.

“Our schools cannot function with the budgets they’ve been handed,” said Jennie Biggs, a Sheridan Magnet parent. “This is no time to prioritize a stadium or Vienna Beef over our children.”

But board member Henry Bienen admonished activists that there is no extra money to be found.

“We have a structural deficit as we take in less money than we spend,” he said.  “Borrowing doesn’t solve the problem. A lot of what we are doing right now is buying time until Springfield fixes the problem and I don’t know if they will, I am not a prophet.”

Bienen told the activists at the board meeting “you can hoot and holler and claim that it is all lies” but “we don’t have any manna from heaven.”

Surprisingly, CPS officials say that a report they commissioned this year places half of the big pension bill on stock market losses since 2008, not the pension holiday.

Even if the state Legislature passes a bill that provides pension relief to CPS, officials would not commit Wednesday to increasing the money being doled out to schools.