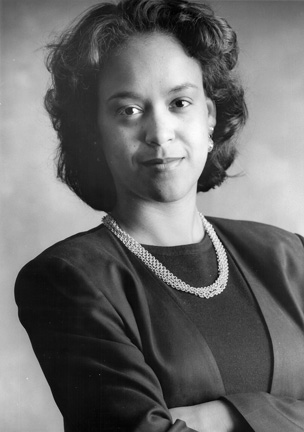 On the frontlines of public education, three new teachers are singing the praises of those who helped them learn the ropes. Derrick Kimbrough, a new 5th-grade teacher at Tarkington Elementary, credits a teaching coach who visits and keeps in touch regularly for helping him do a better job teaching language arts and reading.

At Castellanos Middle School, 7th-grade teacher Julie Voynovich says she relies on her “troubleshooter”—a retiree with 23 years of teaching experience—whenever she needs to know anything.

Another new teacher, Shanteau Williams at Abbott Elementary, learned from her mentor how to tailor assignments to individual students. “It’s like a light bulb has gone off,” she says.

For certain, many more novices can point to more experienced teachers who have made the difference between their staying and leaving. These three are participating in hands-on mentoring and induction programs that provide them with social supports with peers and instructional safety nets from experts. This year, some 300 newly hired teachers in Chicago Public Schools are gaining the benefits of these programs.

As good as that sounds, though, there are a couple thousand more new public school teachers who do not have access to these supports and are left on their own to flounder. Well, not entirely on their own. The district does require that new teachers take part in a program called GOLDEN, an acronym that stands for Guidance, Orientation and Leadership Development Empowering New Teachers. Despite its unwieldy full name, GOLDEN is a bare bones operation that offers new teachers a two-day orientation, pairs them with mentor teachers (who typically have classes of their own) and tracks how often they meet.

The problem is that no one is making sure those meetings are worthwhile. No one knows whether new teachers are picking up useful tips or insights that they can then take back to their classrooms and put to good use. And nearly everyone who knows anything about GOLDEN—inside and outside the district—knows it’s ineffective, not worth the bother or expense of an outside evaluation.

Even Amanda Rivera, the former principal who runs GOLDEN, concedes that at the current spending level—about $800 to $1,000 per teacher—it’s not enough “to do what we need to do.”

To install a more substantial induction initiative, the district would have to spend at least three times that amount; top-notch programs cost upwards of $6,000 per teacher. The additional expenses go toward in-depth training of mentor teachers and pay that allows them to do that work full time or carry a reduced teaching load. That’s how the New Teachers Center structured its induction program, which is being piloted here in 12 CPS schools and is part of a national, federally funded study.

Facing down a $300 million plus deficit, CEO Arne Duncan doesn’t have cash to spare, not even for worthy pursuits like providing a reliable helping hand for the newest teachers. (Already, the district is proposing to carve meaty academic programs down to the bone.)

Some have suggested that the district concentrate its teacher induction dollars in hard-to-staff schools, those that struggle to achieve and maintain a quality faculty. Yet CPS has so far resisted targeting GOLDEN’s $3 million annual purse, preferring instead to spread the money around as widely as possible. All schools have new teachers who need mentors, says Rivera. “It doesn’t matter where they’re at.”

One national expert begs to differ. Tom Carroll, president of the National Commission on Teaching and America’s Future, notes that high-turnover schools cost more on a per-teacher basis than quality induction programs do. “The cost of losing a first-year teacher is on the order of $12,500,” says Carroll, who is conducting a study on the cost of teacher turnover in five school districts, including Chicago’s.

There is, however, a ray of hope. U.S. Sen. Barack Obama is seeking $1.5 billion to create 20 “Innovation Districts,” where, among other school improvement initiatives, raising teacher quality would be a priority. Considering the myriad work being done to improve our schools, Chicago ought to be a shoo-in for one of these grants.