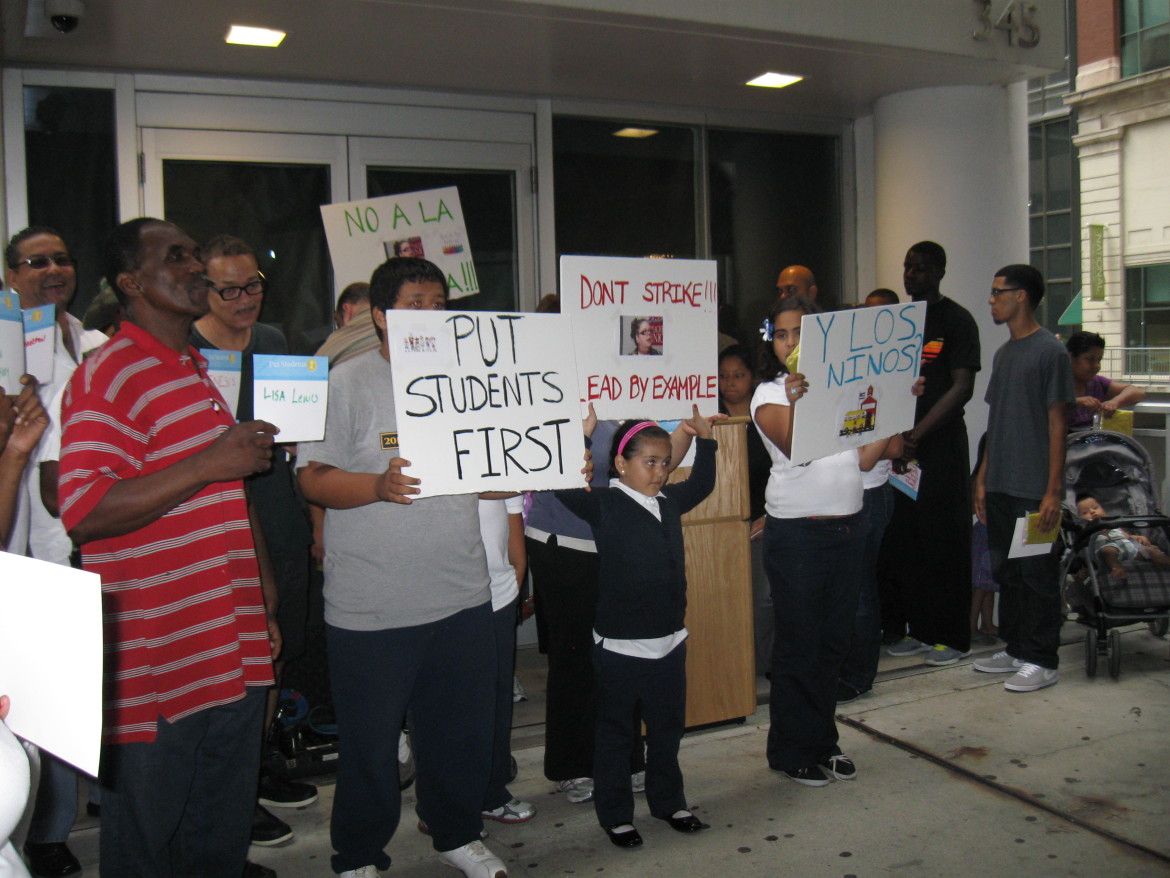 Community members at a press conference asking the Chicago Teachers Union to call off the planned Monday strike. Wilfredo de Jesus, the pastor of New Life Covenant Church, said he worried that a strike would lower students' morale by telling them that “if you don't get along with your teacher, just go on strike, don't come to school.”

Corey Brown, a 17-year-old senior at Clemente High School in Humboldt Park, said the strike would have a negative impact on the football season.

“Football, for some of us, is the only way we can get into college, other than academically,” he said. “Either reach an agreement, or the teachers (should) not strike at all… I don’t know if it’s worth letting these kids miss days of school.”

Norma Cotto, the mother of a sophomore at Schurz High School, said the strike “shows a lack of respect for our community.” But she said she was not taking sides. To Schools CEO Jean-Claude Brizard, she sad, “we don’t want a safety net or alternative options for our students. We want education.”

Just an hour later, Chicago Teachers Union President Karen Lewis said there had been “very little progress” in negotiations. “We had been told we would get a proposal that would answer some of our biggest issues. It did not,” Lewis said. Negotiations start again at noon Saturday, and the union said it would stay at the table through late Sunday night.

David Vitale, president of the Chicago Board of Education, said there had been “some progress,” but also announced that parents should start making arrangements for child care for Monday. Vitale said CPS is now formally launching its contingency plan to open 144 schools. “We continue to be optimistic that schools will open Monday morning,” Vitale said. “It’s not a statement that we are not going to get there.”