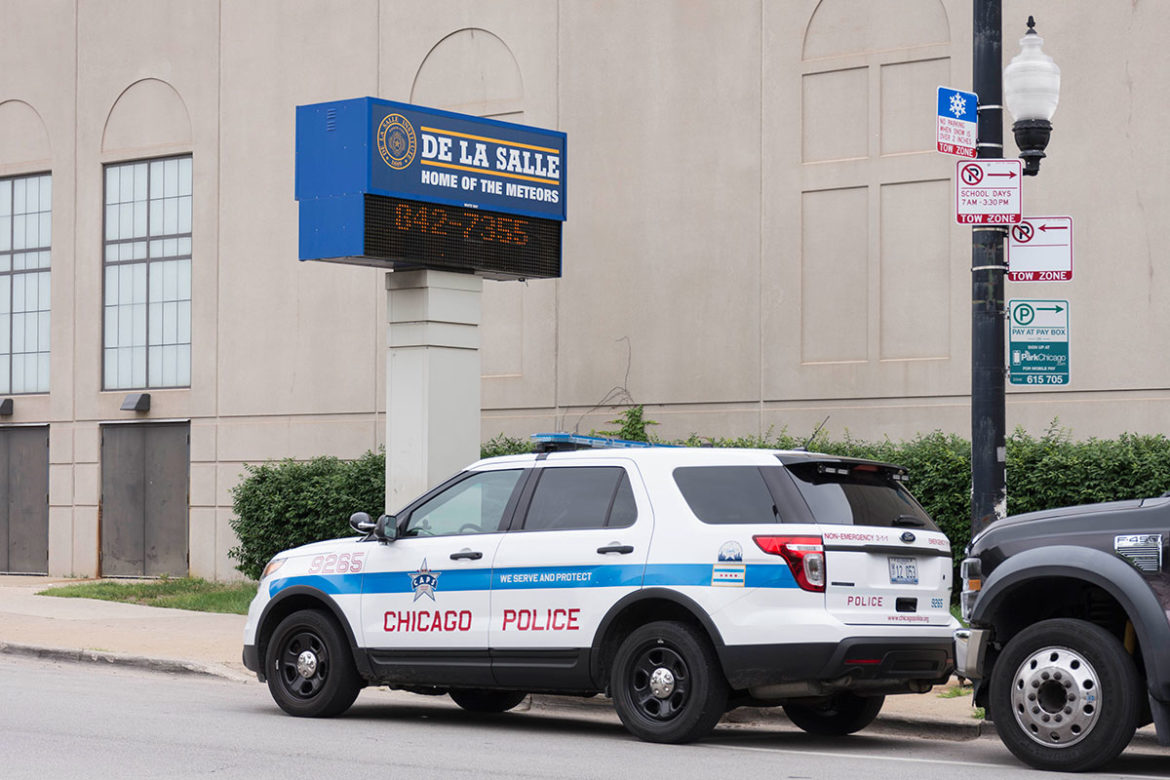 Lori Lightfoot came to public prominence advocating for police reform, and when she’s inaugurated as mayor next month she’ll face some major items left undone by her predecessor. These include implementing the new consent decree, establishing a community oversight body, and negotiating contracts with police unions which promote accountability.

But these are fairly abstract. Two more immediate and concrete areas of difficulty have surfaced in the news in recent days: police in schools and the police department’s gang database. These directly impact thousands of Chicagoans, particularly young people, and they’ll offer the new mayor an opportunity for trust-building with her constituents.

Police serving as school resource officers have been increasingly controversial. Now newly-released surveillance video backs the story of a 16-year-old high school student, and undercuts the account of two school-based police officers who tased and beat her in a Jan. 29 incident at Marshall High School. They reported the student initiated physical contact, but video showed it was an officer who first pushed the student before all three tumbled down a staircase, according to the Sun-Times.

The cops had been called to remove the student from the school after she’d been kicked out for having a cellphone in class. According to the girl’s father, school administrators acted in violation of the individualized education plan established for his daughter, who has an emotional disability. The student was initially charged with two felony counts of aggravated battery against a peace officer, but prosecutors later dropped the charges.

Not only does it look like the officers filed a false statement — it also looks like the Chicago Police Department learned nothing from the U.S. Department of Justice’s investigation of patterns of excessive force against minorities.

The DOJ report, issued two years ago, listed a remarkably similar incident — another 16-year-old girl being beaten and shocked with a taser by officers who were removing her from school because of a violation of cellphone rules — as an example of CPD using unconstitutional force against children in response to “non-criminal conduct and minor violations.”

The Marshall High incident occurred several months after a review by the Deputy Inspector General for Public Safety of CPD’s management of school resource officers assigned to Chicago Public Schools. That review found that lack of standards for recruitment, training, and evaluation of cops in schools left students at risk of civil rights violations and unnecessary involvement in the criminal justice system.

The IG’s report came a year after an outside report that found officers assigned to schools lacked proper training and faced little accountability, that “poor policing in schools puts students on a fast track to the school-to-prison pipeline,” that nearly a third of school-based arrests were of students with disabilities, and that between 2012 and 2016, the city paid $1.5 million for lawsuits charging excessive force by officers in schools. The report recommended that officers should not be permanently assigned to schools, but if they were, they should be covered by a memorandum of understanding protecting student civil rights developed in consultation with community stakeholders — a recommendation echoed by the IG last fall.

That recommendation is seconded by groups like POWER-PAC, an organization of parents that has worked on school discipline issues for years and calls for the removal of officers from schools in the long term, with guidelines to protect students in the meantime.

In response to the IG’s recommendations, CPD promised to “undertake best efforts” to negotiate a memorandum of understanding with the school district next year and to develop policies, screening criteria, and specialized training for police stationed in schools.

CPD didn’t display a great sense of urgency, promising that the changes would be implemented before the next school year as part of the consent decree. Now there’s yet another lawsuit against police assigned to a school.

CPD did not agree to the IG’s call for involving community stakeholders in developing the terms of the agreement with CPS or hiring guidelines for school resource officers.

That appears to be a pattern. In last week’s IG report on the gang database — which like earlier media reports and research, found the database riddled with inaccuracies, and highlighted its accessibility to immigration authorities and other agencies — CPD declined to accept a recommendation that it collaborate with community members and organizations to assess the department’s program. Instead, CPD reported it had already conducted an internal evaluation and was developing a new system for collecting and storing gang information, with new regulations on sharing information with outside agencies.

CPD said it was establishing a process for residents to challenge inaccurate gang designations, but it did not commit to directly notifying individuals of their listing in the new database. The IG noted that CPD’s proposed appeals process “involves several substantive barriers.”

During her campaign, Lightfoot called on CPD to go further. She promised if elected, CPD would be barred from sharing gang information with immigration authorities, and criteria for listing names in a revamped database would be developed “with public input.”

Genuine community consultation is crucial for a city trying to overcome decades of problematic policing. But Lightfoot should go a step further and follow the IG’s recommendation for a public process that asks the more basic question: whether collecting gang information “best serves violence reduction efforts in the city.”

The IG report explains that gang structures have changed dramatically, from large hierarchical organizations to small cliques without permanent names or exclusive memberships, which “may not constitute gangs in the strict legal sense.” This has led the department to overstate the role of gangs in street violence, “and may obscure a more nuanced and accurate understanding of violence in Chicago.”

This is underscored by commentary by experts in the Chicago Reporter this week. They report that, as a result of the fragmentation of traditional gang structures, “gangs today are not so much the cause of violence as one of the effects of distressed communities,” and “high rates of violence are correlated more to conditions of concentrated African-American poverty than to gangs or drugs.” The argue that the low clearance rate for murders in Chicago indicates that the city’s “war on gangs” strategy is a failure.

Rather than help prevent violence, the gang database has served to criminalize communities of color, including many individuals with no criminal associations. A full examination, involving groups that have worked on this issue at the grassroots level, is likely to show that it is not only harmful, it is irrelevant.

Meanwhile, research shows there’s no evidence that stationing police in schools reduces crime or violence — but it does increase the number of minority students who are arrested, and it appears to impact academic achievement negatively.

Lightfoot has an opportunity to bring community voices into the conversation on both these issues. Let’s hope she grabs it.