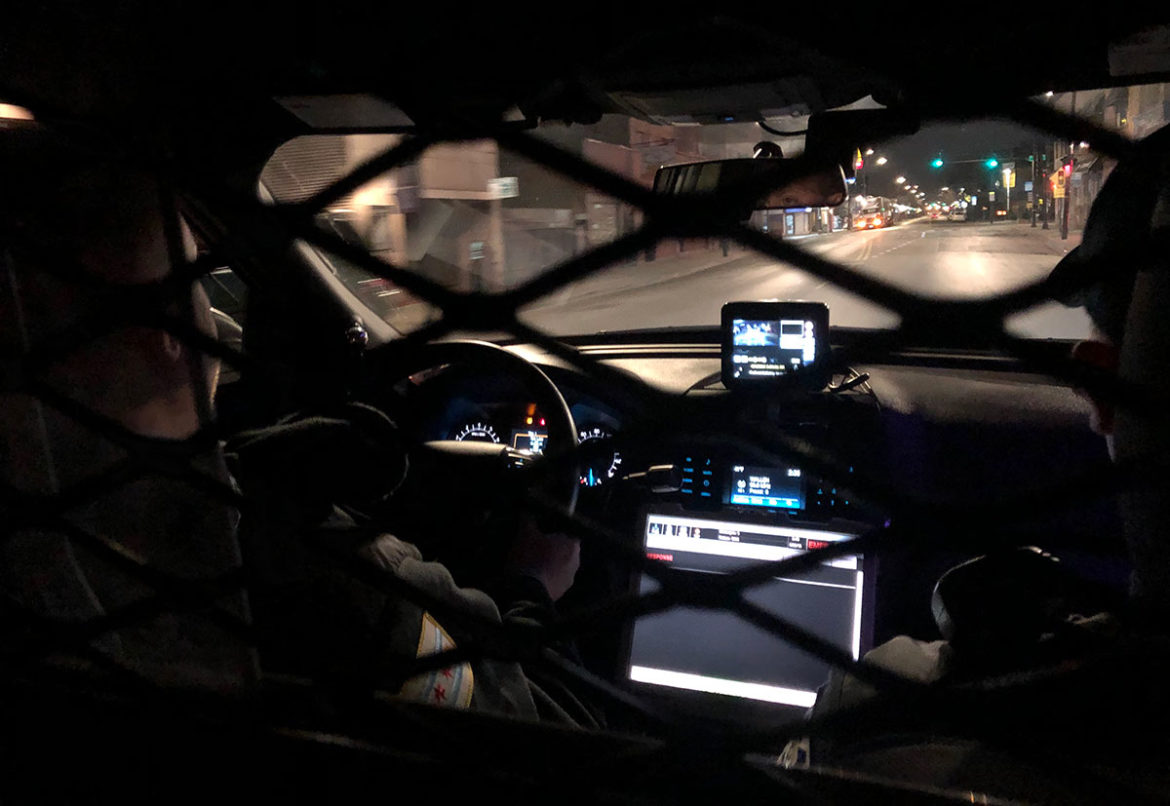 An unprecedented report on the massive gang list containing 134,000 names that the Chicago Police Department maintains as gang intelligence reveals serious flaws, unverifiable information, and calls on the department to make immediate changes.

Inspector General Joe Ferguson evaluated a vast data ecosystem known as “the gang database,” which he calls a misnomer. It is not a single standalone database but rather a multitude of databases, forms, visualization tools, and repositories, and even department officials are unsure of all the places where gang-related data exist.

Some community members call it a “black box.”

The 160-page report mentions that all CPD recruits receive six hours of gang training at the academy, without refresher courses, and gang units do not receive additional training. All sworn members have access to the gang intelligence system and can search and match a name against various data for sex offenders, arrests, cases, search warrants, Illinois Department of Corrections records, traffic stops, contact cards, missing persons, and investigative alerts.

CPD says designations are meant to ensure their own safety, for incarcerated individuals not to be housed with rival gang members; to prevent retaliations after an incident, and to strengthen Racketeer Influenced and Corrupt Organizations statue and other criminal charges.

The department has paper files on gangs dating back to the 1900s but may have started tracking them in the 1800s, they said. Police used index cards throughout the ‘90s to track their interactions with suspected gang members, but in 2004 made the switch to big data.

Experts say the nature of Chicago gangs has significantly changed since the 1990s—considered by locals as the height of gangbanging—as many gangs no longer operate under strict hierarchical structures and many larger gangs have fractured. Wearing gang colors or tilting a hat to the side no longer suffice as gang member identifiers, CPD stated.

Gang labels can be based on factors such as being in the presence of other designated gang members, self-admission, tattoos and other markings, social media posts with perceived gang signs, and tips from informants, according to CPD directives.

“Notably these criteria do not require participation in criminal activity for an individual to be designated by CPD as a gang member,” the OIG pointed out.

A University of Illinois at Chicago study found that two-thirds of detained gang members were not arrested for unlawful use of a weapon or a violent crime.

The designation can cause “adverse consequences”, the OIG stated, including police harassment, harsher sentences, no I-Bonds, obstacles to job hiring and eligibility for public benefits, and to immigration relief. A labeled person can be prosecuted for gang-related activity even when a crime is not on behalf of or benefitting the gang, according to the report.

To be clear, it is not illegal to be in a gang, but the gang label can follow a person for life.

CPD draws the territorial lines in their gang maps based on the type of graffiti they see in an area, the number of gang-designated individuals reported there, and officers’ own understanding of gang history. CPD then looks up gang territories in a map visualization program in their system called “Caboodle” that also maps other things like block clubs and Safe Passage routes.

Department members actually refer to Caboodle as “the closest thing to a gang database” in the report.

Once they have designated a gang area, CPD may deploy “hot spot” strategies like seat belt checks and other vehicle-related enforcement missions, and dispersing or arresting individuals who are loitering in the area, according to the report.

Fingerprinting is the only way to verify a person’s identity and it can only be performed during an arrest. Other encounters, such as investigatory stops, may produce a contact card and the collection of personal information, but not necessarily an arrest card. The inspector general found information overlapping across thousands of contact and arrest cards, making it impossible to verify how many unique gang designations took place in a 10-year period.

Despite their unreliability, existing gang arrest cards showed that Black and Latinx comprise 95% of the 134,242 individuals labeled gang members during arrest. The bulk of these cards are issued in the Austin, Humboldt Park, North Lawndale and Little Village neighborhoods on the West Side, accounting for approximately 24% of all gang arrest cards produced.

Inaccurate information can only be changed through a court order, officials said. Beyond that, the department attaches a supplementary report noting the changes but without tampering with the previous information.

CPD claims each district does an annual gang audit to update the factions, borders, rivals, alliances, criminal activity, and leadership of active gangs.

Ferguson was unable to engage all relevant law enforcement agencies in his report. IDOC could not cooperate due to internal directives that don’t allow them to. Five separate requests to arrange an interview with the Cook County Department of Corrections, the most frequent user of the gang data system, were also unfulfilled.

Aside from those two law enforcement departments, Chicago Public Schools performs the most gang-related searches on the set of databases, more so than the FBI or all immigration agencies put together. CPS made 87,302 gang-related queries in the last 10 years.

Immigration agencies made 32,224 external queries. Individuals in immigration proceedings may be denied clemency because they are considered a threat to national security or public safety for which indicators include gang membership.

The Welcoming City Ordinance that limits cooperation between the police and federal immigration agents includes a loophole that disqualifies gang affiliates, according to the group Organized Communities Against Deportations.

“The report confirms everything the community has been saying, specifically that people are being added indiscriminately, that it impacts the Black and Latinx community disproportionately, and that agencies have access to the database without any MOUs or government agreements,” said Reyna Wences, an organizer with the #EndtheDatabase campaign, a coalition pushing to overhaul the gang data system.

“The report should be taken seriously by the City Council to amend the sanctuary city ordinance, to put an immediate moratorium on additional gang designations, and hold a public hearing to discuss the findings,” Wences said.

Mayor-elect Lori Lightfoot stated during her campaign that she would close the sanctuary city loophole. She expressed support for developing detailed criteria for including new names with public input and said CPD will implement a system of regular audits to ensure existing names meet the criteria or be removed.

In public meetings, community members reported personal accounts in which their experiences with CPD gang database-related strategies furthered the divide between themselves and the police, the report said.

The inspector general determined that if the department elects to continue collecting these data, “controls and procedural protections must be instituted to ensure accuracy and procedural fairness for designated individuals” and CPD meet his 30 recommendations.

The Chicago Police Department says they will not reform the existing data warehouse, and are instead proposing an entirely separate system, the Criminal Enterprise Database “that ensures the inclusion of updated and vetted information, purging of stagnant [information], and a process for the public to ascertain and appeal their designation as a gang member or affiliate… The new system will incorporate additional protections when sharing gang information with third parties.”

CPD also said it could not implement some of the report’s recommendations such as engaging with community stakeholders in the fashion that OIG suggested.

“The coupling of lack of controls with the absence of procedural fairness protections inhibits the department’s ability to assure the accuracy of its information, and potentially undermines public confidence in the department’s legitimacy and effectiveness in the service of its public safety mission,” Ferguson concluded.

California, New York, and Oregon have taken measures over the past years to dramatically reduce or outright decommission their gang databases.

An earlier version of this story incorrectly stated that the department has paper files on gangs dating back to the 1990s.

Jacqueline Serrato is a neighborhood journalist whose reporting captures the conditions and worldview of Mexicans and Latinos in Chicago. Her work has appeared in Chicago Tribune/Hoy, WTTW, DNAinfo, WBEZ, and City Bureau. She lives in Little Village, where she was born and raised. Follow her on Twitter at @HechaEnChicago.