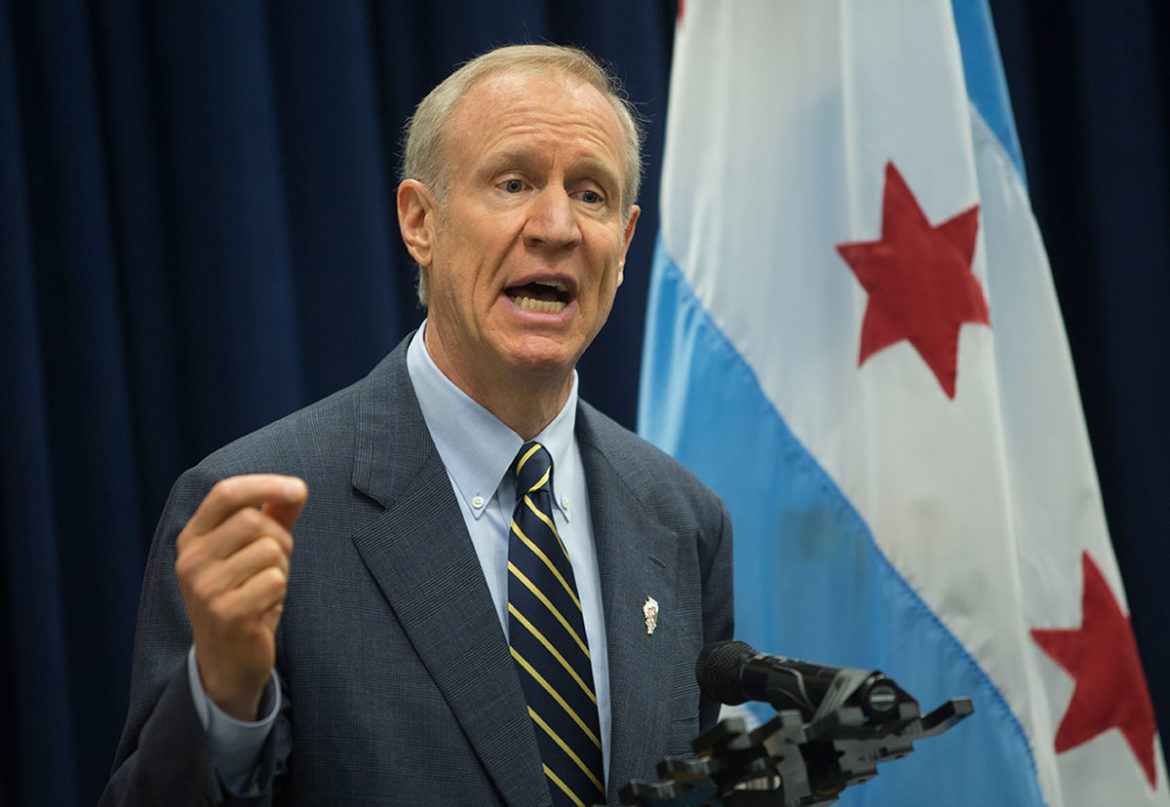 Time will tell whether Gov. Bruce Rauner breathed new life into the so-called “grand bargain” being negotiated by Democrats and Republicans in the state Senate with his budget address – or whether he gave it the kiss of death.

Of the markers Rauner laid down in order for him to support a state budget deal, I think his demand that the Senate’s temporary property tax hike be made permanent may be a bridge too far.

Local governments across the state are struggling, faced with steep police and fire pension ramps (a series of sharply-increasing hikes) mandated by Springfield. And without significant increases in state funding for local schools – above and beyond anything envisioned in the Senate plan – a property tax freeze will squeeze schools across the state.

I’m not sure how failing schools or a rash of municipal bankruptcies will appeal to “job creators.” Nor do I see senators and representatives ignoring the pleas about financial distress from mayors and school superintendents in their districts.

Property tax rates are too high in Illinois, but that’s because the state’s regressive revenue system forces local school districts to rely far too much on local levies.  Freezing rates doesn’t get to the root of the problem, any more than gluing your nose shut will cure your sniffles.

Rauner did endorse more state support for schools, among a long list of spending proposals at the top of his address.  Then, later on, he called for capping state spending.  He didn’t explain how he envisioned doing both – and what cuts would be necessary to fund his increases.

At Capitol Fax, Rich Miller explains something Rauner didn’t mention in his address:  the governor’s budget has a $5.1 billion shortfall. That’s not far from the $7 billion in cuts proposed by the Illinois Policy Institute (recipient of a half-million dollar donation from Rauner a few years ago), which would devastate the state’s economy, according to the Center for Tax and Budget Accountability.

So much for a balanced budget proposal.

Rauner seems to be operating in his own fantasy world. That includes his statement that he is “deeply optimistic” about prospects for the Senate’s budget deal.  I’m afraid that deal is doomed, for the same reason that Rauner’s strategy of tying a state budget to his “turnaround” agenda is a dead end.  Add too many things that too many people don’t like, and you’re in a game of political subtraction.  When the reward for all that is the chance to vote for a tax hike, it’s not too appealing to your standard politician.

But there’s a much more serious problem with the Senate deal: it won’t solve the problem.  It just doesn’t go far enough to address the state’s revenue crisis.

Illinois’ problem is straightforward enough: The state’s revenue system is broken.  Because it is so regressive –one of the most regressive state tax systems in the nation – it doesn’t effectively capture revenue from economic growth.  That’s why Rauner’s platitude that the economy must grow faster than government spending is misleading. If the revenue system doesn’t capture the fruits of economic growth, the state will be left behind, no matter how well the economy does.

If we simply imposed the progressive income tax structure of Iowa or Wisconsin, the state would raise billions of additional dollars – and half of taxpayers would get a tax cut.  We could begin to fund education and infrastructure adequately and stop borrowing from state employees’ pension funds.

Rauner got a big laugh when he said, “Term limits get job creators excited.”  It was an absurd statement.  Businesses aren’t waiting to see if we’ll pass term limits.  They’re watching a governor who refuses to pass a budget while the state falls deeper into a fiscal hole.  And every year that passes without a budget – and we could be looking at a third year – means it will take more to dig ourselves out.