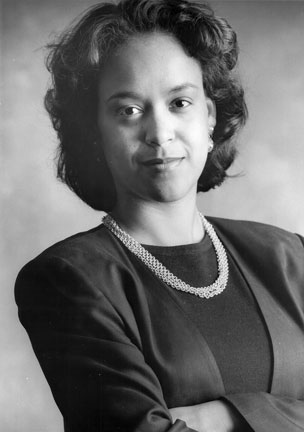 A recent survey of voters in Chicago found more than half saying Richard M. Daley is doing a good job as mayor, despite their misgivings over a spate of City Hall hiring and contracting scandals. One bright spot Daley points to regularly is the city’s public school system.

The Legislature gave him control of the system in 1995, including the power to hand pick School Reform Board of Trustees and chief executive officer.

Daley chose his chief of staff to head the school board and his budget director for CEO. The new team set to work, and immediately, things began to happen.

Budgets were balanced. Schools opened on time. Teachers got paid. Educators were put on notice: Boost academic performance, or your schools will be sanctioned. Students were told: Do better, or you will flunk.

“It wasn’t going to be a miracle overnight,” Mayor Daley recalled in a recent interview with Catalyst Chicago editors. But now, he said, “People really understand how important education is to this city. That is a great success story.”

In an interview shortly before his death in January, researcher G. Alfred Hess tipped his hat to Daley and others like him who insisted on accountability for both adults and children.

“We’ve seen a remarkable change, not only in Chicago but across the country—the idea that schools are accountable for the performance of low-income minority children,” said Hess in an interview with Catalyst Publisher Linda Lenz in early January. “These are large changes in the culture of schooling. Part of their genesis was the mayor’s takeover of the school system.”

Indeed, there has been tangible, measurable progress, as Catalyst documents in its first annual District Report Card, enclosed in this issue.

But the numbers also show how much farther along we have to go. Early on, “there was a huge amount of effort spent in changing the culture of the school system,” Hess said. But “the work came to a plateau, and there hasn’t been much movement since then.”

Putting a face on these policies—as the three children profiled in this issue do—muddies the waters even more. Saleemah Muñoz was held back in 3rd grade this fall. She’s doing better this second time around, but at what social and emotional cost? Alexandra Hunter enrolled in the first freshman class at King College Prep with the promise of rigorous coursework and a specialty in film. A senior this year, Alexandra says the “elite” high school let her down. Jafet Melendez landed in a 7th grade class at room in Bucktown when his family immigrated from Mexico last year. Since then, he has picked up enough English to read and write and keep up in core subjects.

What is the average citizen to make of these children’s experiences and a by-the-numbers district progress report? Daley has a well-grounded answer. Outside of wealthy school districts, “no one’s really pleased with any public school system,” he said.

The mayor has a hugely important role to play in making this school district serve all its children well.

Said Hess: “He should make sure that the district has the resources it needs, and that he continues to be the spur under the saddle, saying that what we’ve done is good, but it isn’t good enough, and we’ve got to be more rigorous in finding out what to do.”

Let us hear from you How do you measure improvement in Chicago’s public schools? By test scores? Teacher experience? In dollars? We would like to hear what you think about our reform report card, and collect suggestions for what you would like to see included in next year’s edition. Email me at editor@catalyst-chicago.org, or call us at (312) 427-4830.