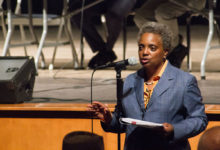 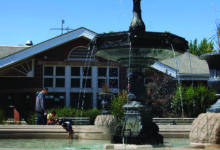 Friends of the Parks says it may seek legal action to ensure parks are funded equally. 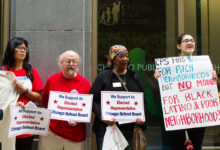 On schools, Chicago’s next mayor should really listen to the community

The failures of Rahm Emanuel’s education policies show the need for an elected school board and more accountability.

With four overcrowded schools getting much-fought-for additions, and the expansion or renovation of selective enrollment high schools, CPS will spend more than half of the capital improvement budget in the coming year on the North and Northwest sides of the city.

The vast majority of LSC chairs, LSC members and principals with whom I spoke knew nothing about the 2011 law or the 10-year plan. Instead of being intimately involved with the development of what could be a powerful, comprehensive, transformative plan for our schools, principals and communities—including parents—were left uninformed and thus kept out of full participation in the process.

Though CPS enrollment has declined in recent years, this year budget officials and demographers projected that the district would enroll 405,000 students—about 2,000 more than last year.

The School Board’s upcoming vote on school closings only highlights how much needs to be done to solve the district’s long-standing facilities problems,which will only get more difficult to solve the longer these problems are deferred.

The state legislature has been hacking like a two-pack-a-day smoker over school actions in the Chicago Public Schools—closings, phase-outs, changes in attendance boundaries and other moves that critics say are disruptive for students and the surrounding neighborhoods.

As part of preparing a new $659 school construction and capital spending plan, officials used a new formula to determine school utilization. In the process, they determined that the district has 130,000 empty seats–a quarter of the seats available in schools throughout the city.

That figure, a result of the district’s declining enrollment, shows the extent of building under-utilization throughout CPS. Yet when deciding how to invest their capital improvement dollars, Chief Administrative Officer Tim Cawley said Thursday that officials steered away from buildings that might be shut down in the next five to 10 years.

Protesters shut down School Board meeting

Just as CEO Jean-Claude Brizard took to the podium to start a presentation at the December School Board meeting, in a booming voice, activist Adourthus McDowell tore into the proposed closure and turnaround of 14 schools, ending with the chant of “those are our children, not corporate products.”