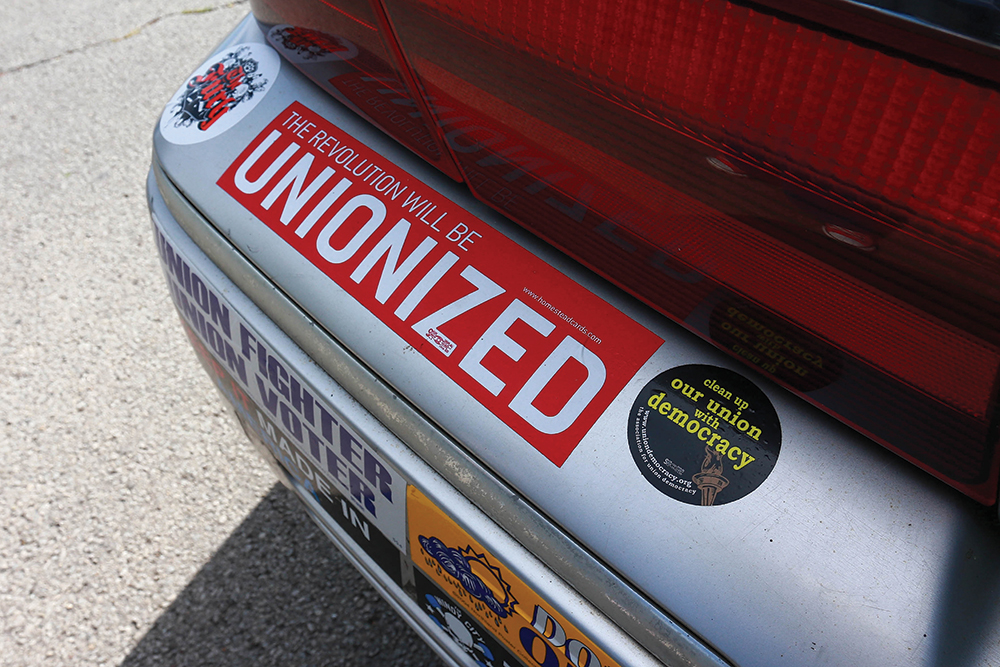 The aldermanic runoff races have evolved into a battle of the unions, as the Chicago Teachers Union and SEIU try to outspend incumbents, who are backed by trade unions and Mayor Rahm Emanuel’s Chicago Forward political action committee.

Aldermanic candidates have reported nearly $2 million in donations of $1,000 or more since the February 24 election (as of March 31). [See our infographic for details on how much each candidate has raised.] About one-quarter of that has come from just three unions: Service Employees International Union (with separate money coming from the SEIU Illinois Council and SEIU Healthcare Local 1), the Chicago Teachers Union, and the American Federation of State, County and Municipal Employees Illinois Council No. 31.

These three are mainly supporting challengers hoping to unseat incumbents who are close to Mayor Rahm Emanuel. One of those challengers is Susan Sadlowski Garza, a school counselor and CTU area vice president, who is running against Ald. John Pope in the 10th Ward on the Far South Side. Pope is one of three incumbents in runoffs who have voted with the mayor 100 percent of the time.

The incumbents, on the other hand, are backed by many of the area’s trade and construction unions, in particular the International Union of Operating Engineers, which has spent $78,000 since Feb. 24 through its local councils and affiliated Chicagoland Operators Joint Labor-Management PAC.

There has historically been some tension between trade unions, which for a long time excluded blacks, and public-sector unions, which are considered more progressive, said Robert Bruno, a professor of labor and employment relations at the University of Illinois. This dynamic is playing out in the mayor’s race as well; Mayor Rahm Emanuel received endorsements from most of the trade unions, while Jesus “Chuy” Garcia received the backing of United Working Families, a political organization created by SEIU Healthcare, CTU, and Grassroots Action Illinois.

“The demographics of these unions are different and the issues that animate them are different,” Bruno said. “If you work for the building trades and the mayor is bringing development into the city, that’s a good thing, because it puts your people to work. But if you’re a school teacher, while you want the community to grow, you could be seeing buildings going up all around the city, but you also see the schools that closed.”

Only a couple of candidates have received money from both construction unions and the service and public-sector unions, including Ald. John Arena, one of Emanuel’s chief adversaries on the council.

“A big part of that union support and the support of non-union families comes from Ald. Arena’s stance that we not balance the budget on the backs of working and middle-class families,” said his campaign manager Dave Miranda. “These are things that both the public and the trade unions can agree on.”

As a rule, incumbents have raised more than their challengers, except when the challenger has the backing of SEIU and CTU. For example, in the 10th ward, Sadlowski Garza has outraised Pope by about $56,000, since the Feb. 24 election, thanks to large contributions from the progressive unions. Some of that money has gone to pay canvassers, a luxury that most aldermanic candidates can’t afford.

“Though these campaigns have overwhelmingly relied on volunteers, we don’t want to be in a situation of ‘shoulda, woulda, coulda’ come Election Day,” said April Verrett, Executive Vice President of SEIU Healthcare IL, which has donated $10,000 to Garza’s campaign since Feb. 24. “So we are investing our resources in our field game so we can be as successful as possible come election day.”

Sadlowski Garza still has an uphill battle: she received just 24.2 percent of the vote in the first election, 20 percentage points fewer than the four-term incumbent.

In addition to the unions, pro-business PACs have also invested heavily in the runoff races, mostly in favor of incumbents close to Emanuel. The Illinois Hotel-Motel PAC has given $47,500, Illinois Merchants PAC has contributed $23,000, and the Chicagoland Chamber of Commerce PAC has added $17,000.

Michael Sacks, CEO of Grosvenor Capital Management, Emanuel’s biggest donor, and his wife Cari, have also stepped into the aldermanic runoffs. Since Feb 24, they have given a combined $27,800 to just four candidates: incumbents Howard Brookins Jr., Deborah Graham, and Michele Smith, and Patrick Daley Thompson, nephew of former Mayor Richard M. Daley, who is running for the open seat in the 11th ward, his family’s long-time base.

The Sacks, who live in north suburban Highland Park, have also contributed $900,000 to Chicago Forward, the PAC run by a former Emanuel aide, since Feb. 24. Chicago Forward, in turn, has spent more than $45,000 supporting incumbents close to the mayor—in addition to nearly $6,500 opposing Arena.

For a searchable database of all campaign contributions to aldermanic candidates since the Feb. 24 election, click here.

To view an infographic of the pipeline of political donations in runoff wards, click here.