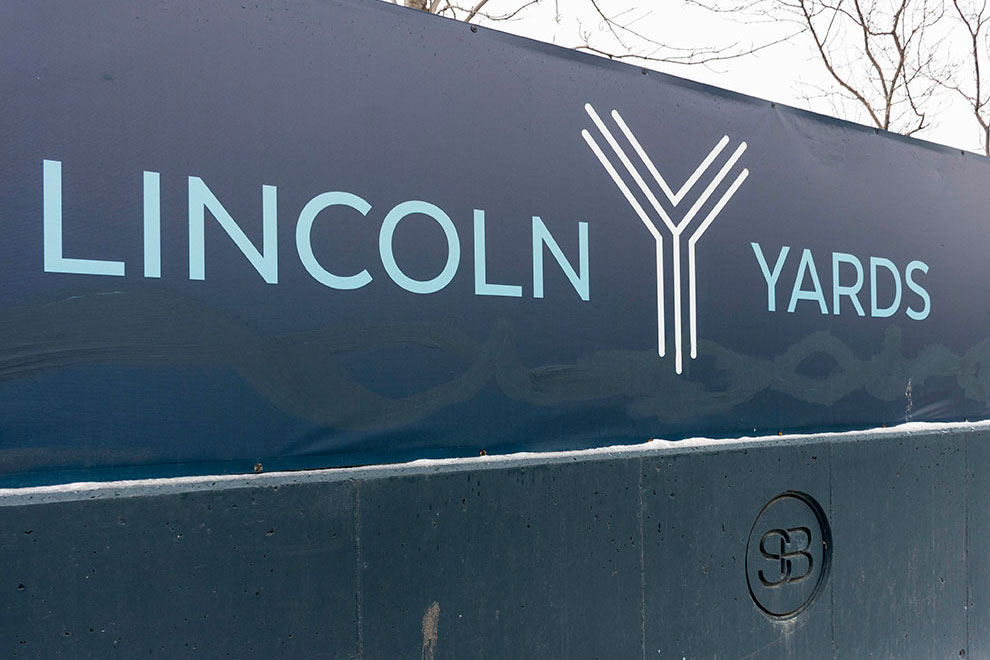 Critics argue that the controversial, $6 billion Lincoln Yards project that would bring a 55-acre campus of condos, retail and entertainment to the North Side, was rushed through by the Emanuel administration and City Council allies despite it relying on hundreds of millions in TIF funds meant to develop blighted areas.

At the urging of the lame-duck mayor, the lame-duck City Council is set next week to consider redevelopment agreements for two megaprojects, Lincoln Yards on the Near North Side and the so-called “78,” south of Clark and Roosevelt.

There are plenty of reasons to be concerned about these proposals. Together they will divert $2 billion into TIF districts at a time when the city is in dire financial straits. They’ll subsidize thousands of units of luxury housing in a city where population continues to shrink and working-class neighborhoods are desperate for investment.

In the case of Lincoln Yards, Mayor Rahm Emanuel and developer Sterling Bay want to construct a massive high-rise district in an area that’s already hopelessly congested. There’s also the lack of any plan to preserve family-supporting jobs in light industry that remains in the former planned manufacturing district.

On top of that, both of these projects are tainted by association with the allegedly corrupt Ald. Ed Burke. Outgoing Ald. Danny Solis, who’s under federal investigation for the way he handled development assistance, helped shepherd the 78 toward approval.

But there’s one more question to ask: who exactly is profiting from these huge taxpayer subsidies?

It turns out that one of the two main investors for Lincoln Yards is Lone Star Funds, a $60 billion Dallas-based private equity firm that specializes in acquiring distressed mortgages—and has faced criticism for predatory lending and unfairly kicking families out of their homes.

Lone Star “has emerged as a lightning rod” for housing advocates who are critical of a federal program, intended to stabilize communities, which sold large pools of delinquent government-insured mortgages to private equity and hedge funds, according to the New York Times.

Distressed mortgages are disproportionately located in working-class communities of color, which have been systematically targeted for more expensive loan products, and which have suffered the greatest loss of home equity following the housing crash. That means they have the highest proportion of “underwater” mortgages, where homes are worth less than the amount owed by the homeowner.

Let’s recall that this situation was created by big financial institutions that bundled subprime mortgages into pools that were sold as highly overvalued bonds.

According to the Times, the Department of Housing and Urban Development expected that funds purchasing the government-backed mortgages—which were acquired at steep discounts—would provide loan modifications that reduced the amount of principal owed by homeowners. That’s the best way to help homeowners stay in their homes and keep paying off their mortgages.

Lone Star and its subsidiary, Caliber Home Loans, didn’t do that. In one six-month period reviewed by Fitch Ratings, they allowed no loan modifications with permanent principal reduction. Instead they featured five-year interest-only loans, with balloon payments covering the entire principal at the end. That’s a recipe for keeping homeowners paying on their mortgages—and then kicking them out of their homes anyway.

Those kinds of loans “diverge” from federal and industry standards, according to a report by the Center for Popular Democracy and the ACCE Institute. Because they don’t offer real relief, “modifications from Caliber are less likely to preserve homeownership than loan modifications from many of the other large servicers in the country who follow better standards,” according to the report.

“Lone Star Funds appears to have a pattern of intentionally pursuing foreclosure of homeowners, failing to offer sustainable loan modifications, and aggressively driving up evictions,” according to the report. It cites numerous Consumer Affairs complaints charging that Caliber took homeowner payments without applying them to their accounts, and that the company initiated foreclosures without notice or after a single late payment.

The volume of complaints “suggests that these are not isolated incidents but rather a clear part of Lone Star’s business model,” according to the report.

The Times found evidence that supported this suggestion. Lone Star bundles large numbers of distressed mortgages and sells them off in bonds—and returns for bondholders come largely from the sale of foreclosed homes. The Times cites a confidential bond offering document in which Lone Star assured investors that foreclosure and resale of homes is expected for most of the mortgages.

According to the Times, “The acquisition of distressed mortgages by Lone Star is the engine in a well-oiled securitization machine that assumes that foreclosure and resale of the homes are inevitable components of the process.”

That foreclose-and-evict business model—employing predatory lending products—could be why housing counselors in Chicago found Lone Star so problematic. “They didn’t want to work with us,” said Ivé Santiago of the Northwest Side Housing Center, who helped homeowners seeking a loan modification from Caliber. “We had a very difficult time.”

She said the company’s representatives repeatedly lied, saying they hadn’t received documentation “when we knew darn well they did…. We had proof of faxes.”

“I definitely think they should be investigated” before the city awards the company a huge tax subsidy, she said.

While Lone Star has foreclosed on thousands of working-class family homes across the country in recent years, the company’s founder, John Grayken, lives in a $70 million mansion in London, according to the Times. He also has a $37.5 million penthouse apartment in Boston. Grayken is reportedly worth $6.5 billion.

But while he was born in Massachusetts, according to the Times, in 1999 he gave up U.S. citizenship and became a citizen of Ireland, “where taxes are lower.”

So if Mayor Emanuel and the council approve the Lincoln Yards deal, and your property taxes go up as a result, you’ll have the comfort of knowing that you’re helping John Grayken accumulate more billions of dollars, while he kicks families out of their homes.